The coronavirus pandemic has affected each and every country in this world.

However, this virus surfaced at a time when the use of technology to collect and analyze data is at advanced levels many have never seen before.

In analyzing the data from Rwanda, one of the notable interpretation of the information is how more men are getting infected as compared to women.

Data from the Rwanda Biomedical Centre (RBC) the organisation at the forefront of fighting the pandemic, shows that nearly 70 per cent of active infections in Rwanda are men.

To understand the reason behind the high infection rates among men, The New Times reached out to various experts.

Dr Sabin Nsanzimana, the Director-General at RBC attributed the gender disparity in Rwanda to the increasing number of cases from cross-border drivers.

“One factor is the high number of truck drivers,” he said.

Rwanda recorded a spike in the number of Covid-19 cases in June, crossing the 700-mark for the first time with most of the new infections from cross-border truck drivers.

Rusumo on the Rwanda-Tanzania border in the Eastern Province as well as Rusizi District in the Western Province were, at the time, the Covid-19 hot spots.

Stephen Rulisa, a Professor of Obstetrics and Gynecology at the University of Rwanda’s School of Medicine and Pharmacy, says there is currently no scientific evidence that justifies why more men contract Covid-19 than women.

“But one of the strong assumptions we have is that it is because men are more mobile than women, so they carry a higher risk of infection than women,” he said.

What is apparent is that in many countries more men have contracted the Covid-19 virus than women, and the pandemic has claimed more men’s lives than their women counterparts.

Reports from China, Italy, and the United States indicate that men appear to experience more severe symptoms and die of the disease at greater rates than women, with deaths possibly up to 20 per cent higher.

A group of researchers in April published a report in Frontiers in Public Health journal that investigated the severity and mortality of the Covid-19 virus in different genders.

They extracted data from a case series of 43 hospitalized patients they treated, a public data set of the first 37 cases of patients who died of Covid-19 and 1,019 patients who survived in China, and data of 524 patients with SARS, including 139 deaths from Beijing in early 2003.

The results, they said, were that older age and a high number of comorbidities (multiple medical conditions) were associated with higher severity and mortality in patients with both Covid-19 and SARS.

Age was comparable between men and women in all data sets. “In the case series, however, men’s cases tended to be more serious than women’s,” they wrote in a public journal.

In the public data set, the number of men who died from Covid-19 was 2.4 times that of women (70.3 vs. 29.7 per cent), according to the research findings in the open-access journal.

They then drew a conclusion that while men and women have the same prevalence, men with Covid-19 are more at risk for worse outcomes and death, independent of age.

What’s not clear is where the difference comes from. There is a series of theories, some of which assume that it is because women tend to be more immune than their counterparts.

Some experts have pointed to the difference in behavior in both genders.

Dr Zuberi Muvunyi, who’s in charge of Clinical and Public Health Services at the Ministry of Health, suggests that it is possible the difference is down to gender-based lifestyle choices.

“There are many possibilities that have to do with how men and women behave in society. For instance, you would find that men are more involved in accidents because we are not cautious enough or we are risk-takers,” he says.

The same can be said for Covid-19, Muvunyi added.

Behavioral differences such as smoking, that can compromise immunity and affect the level of pre-existing diseases like heart disease are believed to have a huge impact on the outcome from infections such as coronavirus.

Rwanda stopped disclosing the gender of Covid-19 victims after recording the 7th death. At the time, 5 were identified as male and two as women. So far 15 people have died of Covid-19 related diseases in Rwanda.

Fitness experts urge gym-goers to 'ease back' into workouts

Wed Sep 16 , 2020
GRAND RAPIDS, mich — Now that gyms are open, you’re probably eager to jump right back into your usual routine, but fitness experts warn about doing too much, too fast. After months of doing what she could at home and the outdoor workouts with her gym in Grand Rapids, Lindsay […] 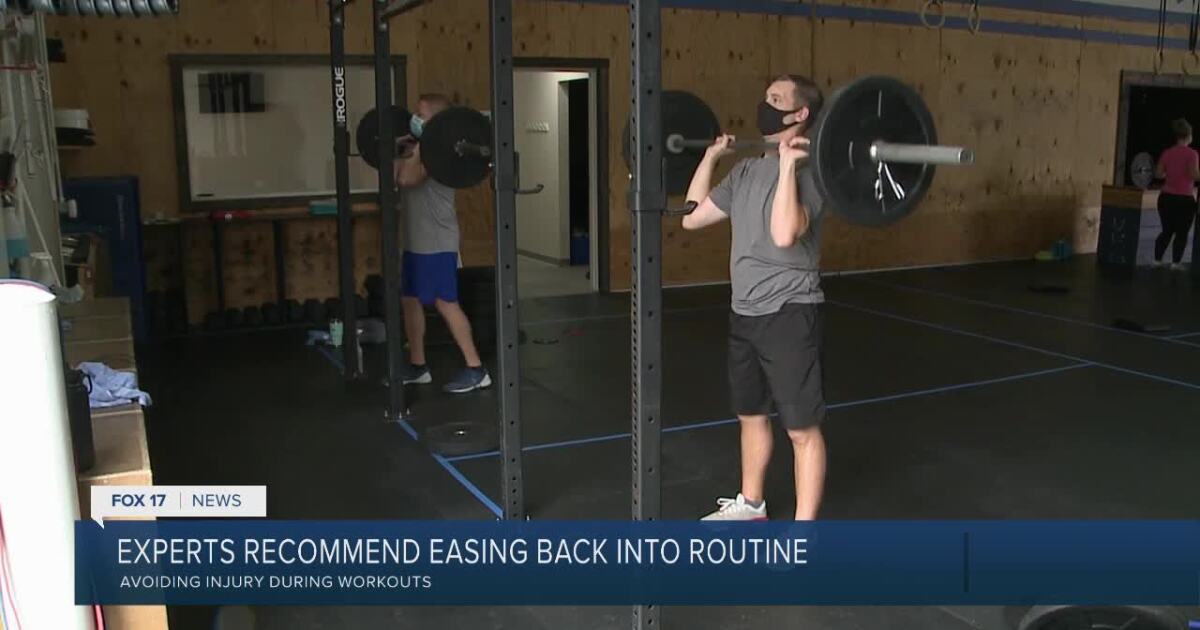