Ou Yang is having a hard time finding snake to eat.

“A very famous restaurant specialized in cooking snakes in my city already stopped providing such dishes,” Ou told NBC News from Foshan, in southern China, where snake has long been regarded as a delicacy. “They are all banned now.”

As the world struggles to contain the coronavirus pandemic, China is clamping down on the sale of wildlife for human consumption amid concerns about another outbreak of a zoonotic disease. What began as a temporary ban to mitigate the spread of COVID-19 is making legislative leaps to a broader ban on the practice — a move international public health and wildlife experts have been urging for years.

While it means Ou will have to forgo his dinners of snakes, crocodiles, boars and bamboo rats, he understands the reasoning.

“I think the ban is helpful to maintain public health safety,” he said.

But experts warn it’s just the first step in preventing another pandemic.

COVID-19, the disease caused by the coronavirus, was first detected in Wuhan, a city of 11 million in the province of Hubeiin central China with the initialcases said to be linked to a wildlife market. Researchers later linked this strain of the novel coronavirus to pangolins, a type of anteater found in Asia and Africa that is poached and sold for consumption as food or traditional Chinese medicine.

Since then, another outbreak of the virus occurred in Beijing last month— also linked to a wholesale food market.

The problem isn’t unique to Asia. Domesticated animals around the world can also be sources of diseases such as swine and avian flus, experts warn.

“I think in places like the U.K. and Europe and the U.S., we need to be really careful thinking that it’s an issue happening somewhere else,” said Amy Hinsley, a senior research fellow in wildlife trade at the University of Oxford. “The wildlife trade isn’t just pangolins in Asia.”

Experts say the problem generally stems from how and where wildlife and other meats are sold.

“You go to these markets and you’ve got bats sitting in cages on top of pangolins or civet cats or dogs. It’s just a giant petri dish of viruses,” Jan Vertefeuille, a senior adviser for wildlife conservation with the World Wildlife Fund, said.

That’s why more than 350 experts in public health, epidemiology and related fields from 63 countries endorsed an online campaign launched in April calling on governments and policymakers worldwide to close “high-risk wildlife markets.”

Wildlife markets sell wild animals, living and dead — which may include both legally traded species and illegal, protected species — along with domestic animals. The World Wildlife Fund is distinguishing them from “wet markets” — an all-encompassing term of markets that sell a variety of perishable goods ranging from traditional livestock to produce, similar to a farmers market.

Wildlife markets can be found in some South American and African countries but are most common in China and Southeast Asia.

At least 200 species of wildlife, from snakes to civet cats to scorpions, are bred and traded in China, according to Peter Li, a China policy specialist for the Humane Society International. The industry was worth about $77 billion in 2016, he said. Some are also exported to nearby nations, mainly to appeal to Chinese tourists, he added.

The trade supports five sectors — the largest being the fur industry, followed by food, Traditional Chinese Medicine, entertainment such as zoos and pets, and scientific research, Li said. Some of those products are exported, particularly fur, which contributes to more than half the U.S. fur supply, according to PETA.

Local levels of government have historically protected the industry out of concern that it would otherwise leave poor farmers in the least developed areas of the country without work, Li said. Although it brings in significant revenue, looking at the Chinese economy more broadly, illegal wildlife is “a drop in the bucket,” Li said.

As the consequences of the pandemic have reverberated through the globe, China has begun to change its tune.

In February, China announced a complete ban on the wildlife trade for the purposes of human consumption. And that move triggered a wave of more specific regulations.

China’s Ministry of Agriculture and Rural Affairs declared in May that dogs were no longer livestock for consumption, just weeks before an annual dog meat festival in Yulin, a city in the Guangxi province. Pangolins — the most trafficked animal on the planet — were raised to the highest level of protection in June to reduce poaching and illegal trade.

The provinces of Hunan and Jiangxi also announced plans in May to buy out farmers involved in the breeding of wildlife.

“I don’t understand this policy because I am a licensed and legal farmer,” Wang, 38, who did not provide his first name for fear of repercussions, said. “Maybe it can somewhat reduce the public health crisis, but it doesn’t mean it will prevent all virus outbreaks.”

Wang ran a lucrative business in Guangxi province breeding bamboo rats — a rodent used in cuisine in some parts of the country. Despite a government buyback program, he said he stands to lose at least 150,000 Chinese yuan ($21,000) for the more than 600 rats he was going to trade.

“I have so much debt now, I don’t know what I will do in the future,” he said.

Halting the breeding of wildlife for the purpose of food won’t resolve the issue entirely, experts warn. Despite the breadth of the trade, the consumption of wild animals isn’t as extensive as it would seem.

Snakes are popular among some foodies like Ou, who said he can no longer find it in local restaurants. But the meat isn’t carried nationwide and is a far cry from being as commonplace as hamburgers, being viewed as a special treat rather than a day-to-day order.

The consumption of wildlife isn’t deeply rooted in Chinese culture either, Li said. The rise began in the 1980s with traders promoting wildlife as a delicacy with health benefits.

“The traders promoted this food as something good for your skin if you’re a lady who cares about your appearance or good for fertility if you’re having difficulty having babies or good for sex for middle aged men,” he said.

Outside mainland China, a recent survey by the World Wildlife Fund of five Asian regions — Hong Kong, Myanmar, Japan, Thailand and Vietnam — found that only 1 in 9 people either consumed wildlife personally or knew someone who did in the last 12 months. Only 8 percent of the respondents said they were likely to buy wildlife from a wildlife market in the future.

“The entire pandemic, COVID-19, is less related to Chinese culture and more related to the mode of production in which a large number of wild animals are farmed, transported and slaughtered,” Li said.

And that large production is not fully addressed by the recent regulatory changes. Fur, traditional medicines and pets industries remain legal, presenting loopholes for the trade, he said.

As cities around the world expand and the global drive for natural resources like timber increases, people are also delving deeper into pristine environments, Vertefeuille of the World Wildlife Fund said. That, in turn, increases the risk of exposure and disease transmission from wildlife. Scientists have found links between deforestation and Ebola outbreaks in West and Central Africa as infected bats are forced into closer proximity to humans.

Instead of piling more blanket bans on the wildlife trade, experts are calling on governments to invest in better enforcement of existing regulations. They also want to see more public education to make the purchase of high-risk species socially unacceptable, hitting the problem at its source: the demand.

“We really have to change our relationship with the natural world,” Vertefeuille said. “We really would have squandered an extraordinary chance to address the issue if we don’t act quickly and aggressively.”

Mon Jul 6 , 2020
Fast fashion retailer Boohoo has said it will investigate one of its suppliers following reports that staff are earning less than the minimum wage amid unsafe working conditions. The Sunday Times reported that workers at Jaswal Fashions in Leicester could expect to be paid £3.50 an hour. It also saw […] 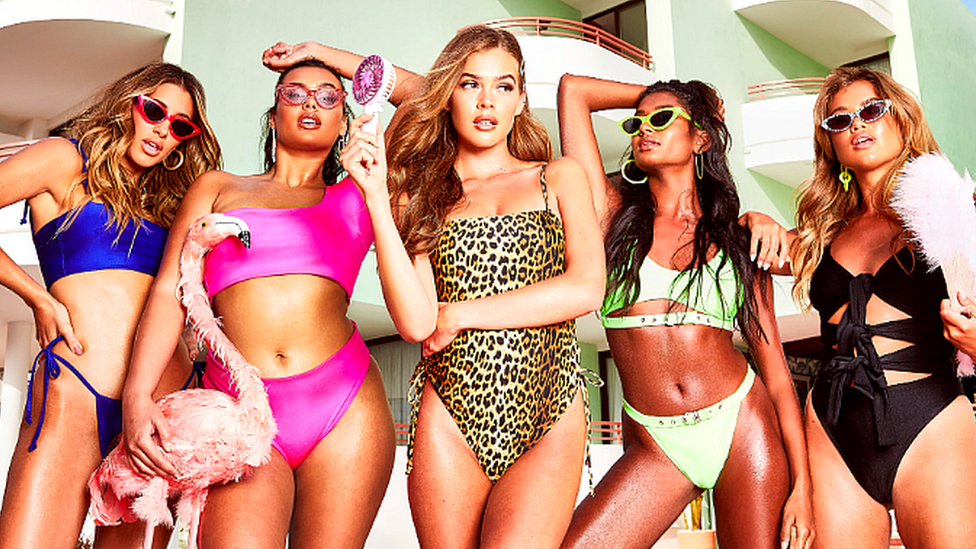