She decided to make her own using rubbing alcohol, which she had in the cabinet, and aloe vera, a product that was alarmingly hard to find.

“It’s DIY time,” Sherlock said as she browsed the internet for a bottle of aloe vera gel. The local Vitamin Shoppe sold out. Her neighborhood Target was out of stock. A nearby Walmart didn’t have any available for curbside pick up.

“I really didn’t think a basic bottle of aloe vera would be this difficult to locate,” Sherlock said.

She’s among a wave of Americans seeking to make hand cleaners amidst a national shortage of select sanitary products.

First, the pandemic created a scarcity of hand sanitizers at stores and online across the globe. Now, more people are resorting to the do-it-yourself method. And manufacturers of one of the key ingredients are being squeezed as they try to keep up with the sudden increase in demand.

‘Your roots are showing’: Photo editing apps surge after salons shut down amid coronavirus

“It was unexpected,” said Heather Florio, CEO of the nutritional supplement company Desert Harvest. “One of the biggest challenges early on was our aloe vera gel as hand sanitizer became less and less available for consumers.”

Online searches for aloe vera peaked in mid-March and is on the rise again in April, according to Google Trends. The surge of interest aligns with online demand for hand sanitizer and rubbing alcohol.

At the start of March, Desert Harvest had 9 months’ worth of aloe vera in stock. By April, the reserves dwindled to just 2 months’ worth. Gel and other concentrates from aloe vera plants are said to counteract the harshness of alcohol on the skin.

Some people add essential oils to the mix for added scent, though homemade hand sanitizer is best left to the experts, according to Health Line. The World Health Organization has a formula for hand cleaners, though it’s meant for companies and doesn’t require aloe vera.

Desert Harvest sells gel from the medicinal succulent directly to consumers. But as coronavirus made hand sanitizer harder to find, businesses from various sectors wanted to get their hands on paste from the plant.

“We started getting phone calls from companies asking for us to sell to them in bulk, clearing out large volumes of our bottles,” Florio said.

The Food and Drug Administration eased regulations surrounding hand sanitizer production on March 27, saying that it “does not intend to take action” against alcohol producers that make hand sanitizer if they meet a list of requirements.

In March, Chinese electric vehicle maker BYD announced plans to make 300,000 bottles of disinfectant per day to help “alleviate severe shortages that have affected hospitals.” Other automakers including Lamborghini and Ford and GM have shifted to producing face masks and shields for medical workers.

Terry Labs, one of the largest manufacturers of aloe vera extracts, has received calls from airline and railroad companies wanting to create health products for employees.

Often, the companies don’t even know what form of aloe they need, said Chris McDougall, director sales at Terry Labs. “We often have to educate them.”

“Some businesses have wanted to order aloe vera that have never created hand sanitizer before,” said Ann Vogel, the chief financial officer of Connoils. “They find a recipe out there and want to try it.”

Sherlock, who had a hard time finding aloe vera gel locally, spent $25 on a 12-oz bottle from eBay. She was reluctant to spend that much, as a similar product typically costs under $4 at Walmart.

“It was more than I expected, but what can you do?” Sherlock said. “With the virus out there, you have to have hand sanitizer.”

How much coronavirus risk is there in common travel activities? We asked an expert

Sun Jun 14 , 2020
Travel in the middle of a global pandemic presents challenges, with each activity carrying its own level of risk for coronavirus. Joseph Khabbaza, a pulmonary and critical care physician at the Cleveland Clinic, said some of the biggest questions he’s getting relate to travel activities.  Khabbaza, who treats coronavirus patients, said the […] 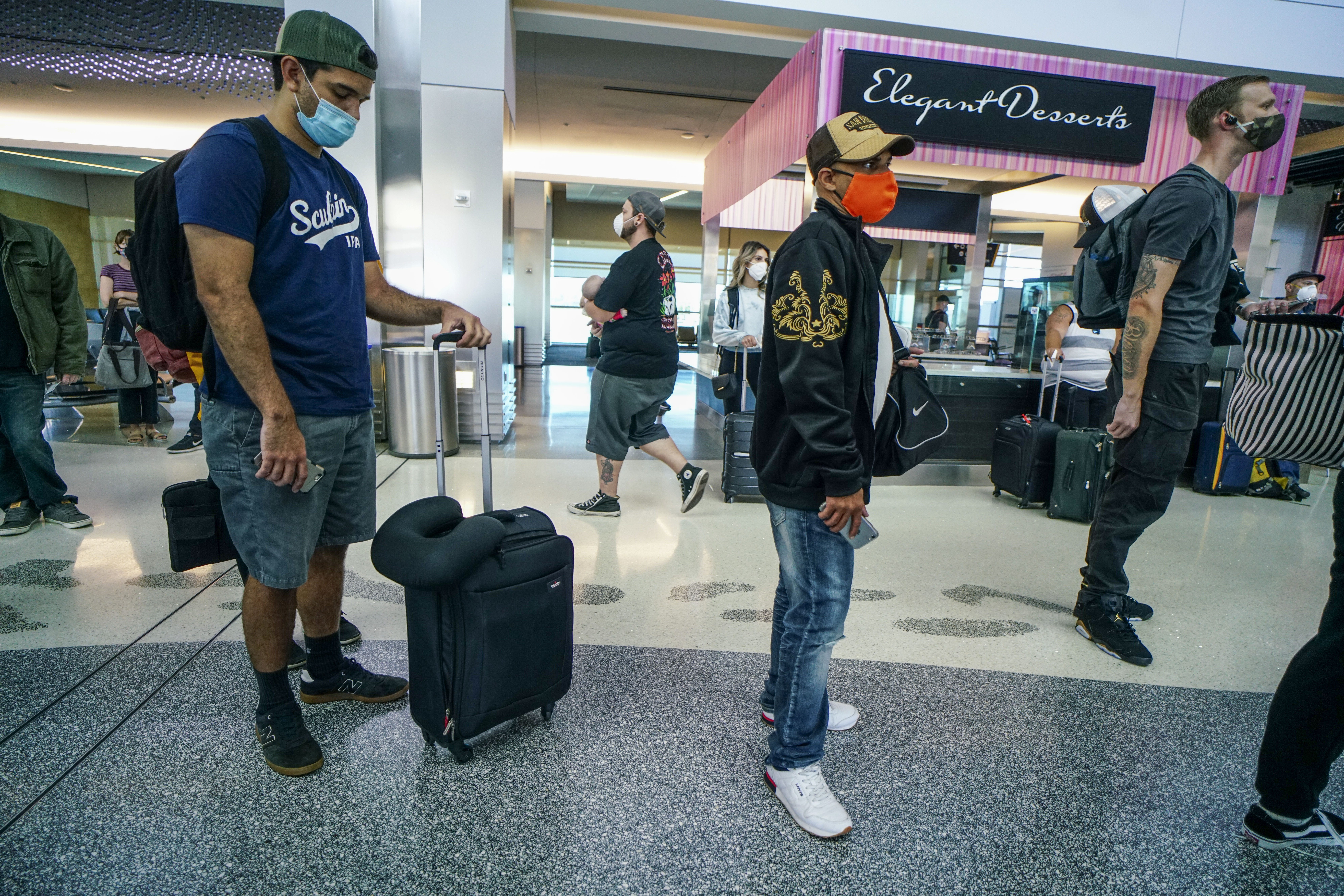