The 2021 Sundance Film Festival may still be months from unfolding in Park City, Utah, but newly-installed festival director Tabitha Jackson has revealed that the festival is planning for a range of scenarios when it comes to imagining what the event will look like during the global health crisis. In a wide-ranging new memo, the former director of Sundance Institute’s documentary film program (who was announced as John Cooper’s successor just five months ago), addressed the current climate and Sundance’s reaction to it.

Although the memo provides few specific details about the next edition, Jackson outlined plans for national screenings, online access to the lineup, and even hinted at a potential date change.

While other festivals have opted to go entirely virtual or postpone their physical editions altogether, heavy hitters like TIFF are carving out the possibility of mounting an event that offers both physical and virtual components. For now, Jackson wrote, Sundance hopes to do just that.

Per Jackson’s memo, the festival is “actively planning for the following public health scenario: We are allowed to gather, but there is no widely available COVID-19 vaccine. With the knowledge that as of now socially distanced gatherings are permitted in Utah and other states, but travel is greatly reduced — and large events, shuttle buses, and crowded waitlist tents can not be supported which may limit the number of theaters we use during the festival in Utah.”

This all means a version of Sundance that is “unbound” and hinges on a five-point mission that not only addresses whatever the current “public health situation” may be in January, but that is already planning to be “expressed locally, globally, in-person, and online.”

Details about how that will happen remain slim for now, but Jackson’s memo offers one significant update: Sundance “will be a grand partnership of communities that “will take place live in Utah and in at least 20 independent and community cinemas across the U.S. and beyond” and that much of it (including new “curated” slates crafted by the aforementioned cinemas) will be available via a robust new online hub.

Jackson also posits other possible alterations to the festival, one that will be very much built on “flexibility,” including a slightly shifted start date. (It’s currently set for January 28, 2021.) Should that happen, Jackson said she hoped it would “provide some room between the U.S. presidential inauguration and the start of the Festival.”

As we plan for our 2021 Festival — my first in the Director’s chair — and with submissions now open, I wanted to give you an early insight into how we are thinking. This is not an announcement, but rather an invitation into the process of building something together this year. There are very few certainties in these uncertain times, but we are lucky to have as our North Star a well-defined and decades-long mission of championing the independent voice.

That mission — driven by our values of inclusion, equity, and accessibility — becomes more urgent with every passing day. We also have a world of artists making bold powerful work that creatively expresses a lived experience, reveals its complexities, delights in its absurdities, and challenges its injustices. And we have you — this community — which over the years has empowered us to do something extraordinary every January in Utah. With these elements magic can surely happen.

Although it is fair to say that I had not factored a global pandemic and an international reckoning around racial justice into my job application, I did know that as we write the next chapter in the incredible history of the Sundance Film Festival I would want to pose a slightly counterintuitive question: “Where do we begin?”

I began with our founder, Robert Redford, who imagined a different landscape for independent artists, one where the work they wished to make could be developed and supported outside of the studio system. He created a new space for imaginative possibility and creative community. We call that space Sundance.

We spoke about our animating purpose, about the importance he places on gathering together in person, and about the role of art itself. But it was this provocation that I found as profound in its generosity as it was liberating in its effect: “I invite you to think not just outside the box, but as if the box never existed.”

So with that we began to imagine a kind of Sundance Film Festival unbound:

An edition respectful of the public health situation, responsive to the moment, and reimagined in and for extraordinary times;

An edition doubling down on our values of access, equity, inclusivity, and independence;

An expanded Festival in which we preserve the possibility of in-person gathering while providing access to those unable or unwilling to travel;

A unique celebration of independent cinema and community;

Although this planning had started as a response to an economic downturn and global health crisis, it became an opportunity for creative and expansive thinking.

In the Atacama Desert in Chile, there is an array of 66 telescopes turned toward the stars. Alone each one is not powerful enough to capture the extent of the universe astronomers are seeking to know. But combined, this multiplicity of perspectives has the power to reveal the structures of the system we inhabit, which had been hidden from us by distance and time.

This is my image for the Festival: a powerful array of perspectives, of talent and artistry — combining with audiences in homes and cities and across countries to reveal new truths. An accessible, inclusive Sundance Film Festival whose form this year enables us, together, to see differently.

Seven months out, we are actively planning for the following public health scenario: We are allowed to gather, but there is no widely available COVID-19 vaccine. With the knowledge that as of now socially distanced gatherings are permitted in Utah and other states, but travel is greatly reduced — and large events, shuttle buses, and crowded waitlist tents can not be supported which may limit the number of theaters we use during the Festival in Utah.

We hope for better news about the pandemic by January 2021, but we also must plan for the greatest challenges. We have discovered that the planning is in fact an invitation to think differently about the form of the Festival.

The 2021 Sundance Film Festival will be a grand partnership of communities. It will take place live in Utah and in at least 20 independent and community cinemas across the U.S. and beyond. Utah has been the home of the Festival for close to 40 years and always will be, but the 2021 Festival will extend beyond Utah and will be co-created by and for different communities in different locations, preserving what is magical about experiencing films on the big screen with others — even if at a smaller and socially distanced scale.

While the full program plays out in Utah, each of our partners will host a bespoke slate from the official selection alongside complementary programming of their own. Their communities acting as vibrant hubs of creativity, maker culture, and adventurous audiences. This plan acknowledges the vital role of the independent cinema network in our ecosystem. We are in exploratory discussions with cinemas from LA to Louisville, from New York to Nashville, from Austin to Atlanta, from Detroit to Denver, from Minneapolis to Mexico City — with many more to come.

At the center of all our planning, the 2021 Sundance Film Festival will have an online home, making the festival accessible in a way it never has been before. Audiences will have the opportunity to view the curated program and take part in discussions and special live events online via a brand-new platform. This will be the nucleus of the Festival, a showcase for a world of new work, and home to a global community of festivalgoers who will encounter the art, the artists, and each other. A one-stop point of access, designed to create a participatory experience which brings all the elements and locations of the Festival together. It will center our values of engagement, inclusion, and entertainment, and connect artists with the first audiences as their work meets the world. All this in a way that captures the energy and excitement that has long defined the Sundance Film Festival.

As every day currently feels like a week, and every month like a year, we cannot know what the world will look like in January 2021. But as we plan this scenario, we are building in flexibility, including considering a different start date (January 28) to provide some room between the U.S. presidential inauguration and the start of the Festival.

The success of this idea, indeed its very heartbeat, depends upon collaboration — between us and key players in this delicate ecology of independent cinema. Rest assured that even amid the excitement of experimentation, if our approach doesn’t work for the artist, it doesn’t work for us. Our model intentionally allows us to dial up or dial down the live gatherings (especially in our Utah home) and Festival length as conditions dictate. The structure as we are currently conceiving it will remain intact — a Festival that for this year is live and digital and is co-created with partners. A Festival that will serve our communities where they want to be, given conditions of pandemic and economy. A Festival that is more than the sum of its parts, but whose parts are all driven by values and the opportunity to think a different thought.

We will be cheering on and learning from our colleagues putting on festivals in the fall and once again recognizing how fortunate we were to be able to have our 2020 edition, and now have some time to think about 2021. We look forward to exchanging ideas and improving on the specifics over the coming months. Together we can thoughtfully build this special edition of the Sundance Film Festival, perhaps breaking some “rules” as we go.

We are reminded daily of the power of what is made newly visible to us, the importance of what we look at. My hope for this edition of the Sundance Film Festival is that through a multiplicity of perspectives held by artists and audiences in their various communities we will also come to feel the power of where we look from.

How Black Creators Kept Us Going During Quarantine Season

Mon Jun 29 , 2020
Anxiety around the coronavirus is common for everyone right now, but with news that Black people are four times more likely to die from the virus than their white counterparts, there is a collective weariness among the Black community. The innovative and responsive creative output of Black creators has been a […] 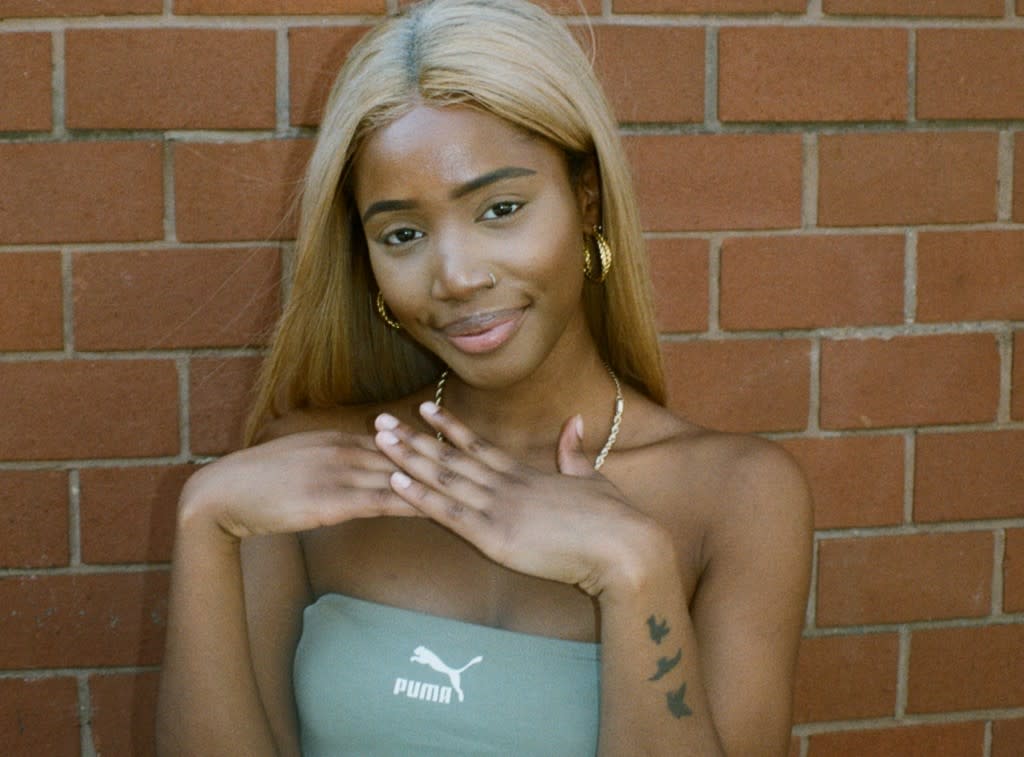