Since early in the COVID-19 pandemic, California health officials have required nursing homes to bar entry to outsiders who might bring the coronavirus in with them and trigger a deadly outbreak among the elderly, vulnerable residents.

As a result, aging parents haven’t seen their families in months. Many have died without a final embrace from the people they loved.

But despite requiring routine testing of residents and employees, there’s one group California health officials have knowingly sent from nursing home to nursing home without first testing them for the lethal virus: state inspectors.

Interviews with eight registered nurses working as inspectors for the California Department of Public Health — all of whom spoke on condition of anonymity for fear of retaliation — revealed that the department has not provided coronavirus testing for the very people it is sending to make sure facilities comply with rules on infection control.

The inspectors said they are exposed to the virus on an almost daily basis and could easily be spreading the disease. One said she came down with a bad cough and tested positive for COVID-19 soon after visiting more than a dozen nursing homes in two days.

Public health officials said they had sent about 500 inspectors to the state’s roughly 1,200 skilled nursing facilities. Some with the worst outbreaks were visited multiple times. California was inspecting homes at triple the rate of other states, officials said.

“For them to send us in without testing or screening is unconscionable,” said an inspector in Southern California. “I think nursing homes shouldn’t let us in.”

Most of the inspectors interviewed also said they have not been provided with properly fitting personal protective equipment. One inspector said she refuses to spend more than a few minutes in a nursing home’s “red zone,” the quarantine wing reserved for COVID-positive residents, because every time she exhales wearing her ill-fitting masks, her glasses fog up.

In a brief email response to questions from The Times, California Department of Public Health Deputy Director Heidi Steinecker wrote, “We do supply our staff with proper PPE, and testing; our staff’s safety is important to us.” She did not respond to further questions.

Tony Owens, vice president of the union that represents nursing inspectors, said he was outraged at the claim that the department was providing his members with tests and adequate protective equipment.

“It doesn’t square with what we hear from the field, from the nurses themselves,” he said.

Later, health department spokeswoman Kate Folmar acknowledged that the department has not provided systematic testing but has encouraged inspectors to use their personal health insurance to seek testing on their own.

On Friday, hours after this story was published online, Gov. Gavin Newsom announced that the state would launch an aggressive testing regime for nursing home inspectors.

“We’re raising our standards,” Newsom said at a news conference, adding that nursing home inspectors will be held to the same testing standards the state requires of nursing home employees. Homes are required to test 25% of their staff every week and ensure that all employees are tested at least once a month.

The failure to provide reliable, systematic testing for inspectors is “crazy, just really alarming,” said David Grabowski, a professor of healthcare policy at Harvard Medical School. “It makes basically no sense that we’ve locked these facilities down since March, keeping families out, only to learn inspectors have been moving from facility to facility without being tested.”

Inspectors told The Times they have faced serious obstacles when they tried to get tested on their own — just like the general public. In some cases, their primary care physicians told them they didn’t meet the criteria for testing. In others, their doctors said there weren’t enough tests available.

“Why is the testing not coming to us?” one inspector asked. “We’re government employees. We’re doing this infection control … for the government.”

Nursing homes have been ground zero for the pandemic in the United States, suffering a staggering proportion of the deaths from COVID-19. As of Monday, nearly 3,000 nursing home residents and more than 100 staff had died of COVID-19 in California, accounting for nearly 40% of the deaths statewide.

Many nursing home outbreaks are believed to have been sparked by “asymptomatic spread,” in which people who do not know they have the virus unwittingly infect others.

Some nursing home officials said they were shocked by the state’s lack of a comprehensive testing regime and worry that inspectors could be dangerously efficient spreaders of the disease.

“I’m blown away,” said Dr. Michael Wasserman, medical director of the Eisenberg Village nursing home in Reseda and president of the California Assn. of Long Term Care Medicine, which represents doctors, nurses and others working in nursing homes. “So you have inspectors going around to different facilities who haven’t been tested? It just makes no sense.”

Wasserman is not alone.

When nursing home administrators find out the inspectors haven’t been tested, “they are absolutely, visibly shocked,” an inspector from Southern California told The Times. “They only let us in because we’re the state; they’re scared to say no.”

The lack of testing for nursing home inspectors marks the latest failure by California health officials to take the necessary measures to prevent the coronavirus from spreading to some of the state’s most vulnerable institutions.

Last month, a Times review of inspection records found that state health inspectors had carried out more than 1,700 “COVID Focused Surveys” at skilled nursing facilities but had issued just 14 infection-control citations as a result of those visits. Time and again, inspectors sent to assess nursing homes’ ability to contain the virus found no deficiencies at facilities that were in the midst of deadly outbreaks or about to endure one.

In early April, for example, state inspectors completed a survey of Magnolia Rehabilitation and Nursing Center in Riverside and found nothing wrong. The next day, a fleet of ambulances lined up outside the home to evacuate all 83 residents after the staff refused to show up for work, terrified of the deadly infection already spreading within the facility.

State health officials said they are not aware of any outbreaks that have been caused by an inspector introducing the virus.

Folmar said the department knows of six inspectors who have tested positive since the beginning of the pandemic. “Through contact tracing questions, we learned none had recently been in a facility and were working off-site at home,” she said.

Despite coming and going from buildings with outbreaks on an almost daily basis, none of the inspectors who talked to The Times said they had been interviewed by a contact tracer since the beginning of the pandemic.

Internal emails reviewed by The Times indicate that officials at the Department of Public Health have been aware for months of complaints from inspectors about unsafe working conditions.

In early July, department officials took part in a formal exchange with SEIU Local 1000, the union that represents inspectors. Among the questions presented by the union was whether inspectors would finally get tested, noting, “This is a big concern for nurses.”

The documents also discuss a myriad of problems with personal protective equipment, including distribution issues and the lack of fit-testing of medical-grade masks, known as N95s, which are recommended for people working indoors surrounded by COVID-19 patients.

Several of the inspectors interviewed by The Times said they have attended staff meetings in which their colleagues openly discussed the possibility that they are spreading the disease to nursing homes.

“We’re the public health department; we should be testing our people,” one of them told The Times. “If it was my family in that nursing home, would I want a nurse to come in, and she’s not tested? I don’t think so.”

Sat Jul 25 , 2020
A week after revoking sweeping new restrictions on international students, federal immigration officials on Friday announced that new foreign students will be barred from entering the United States if they plan to take their classes entirely online this fall. In a memo to college officials, U.S. Immigration and Customs Enforcement […] 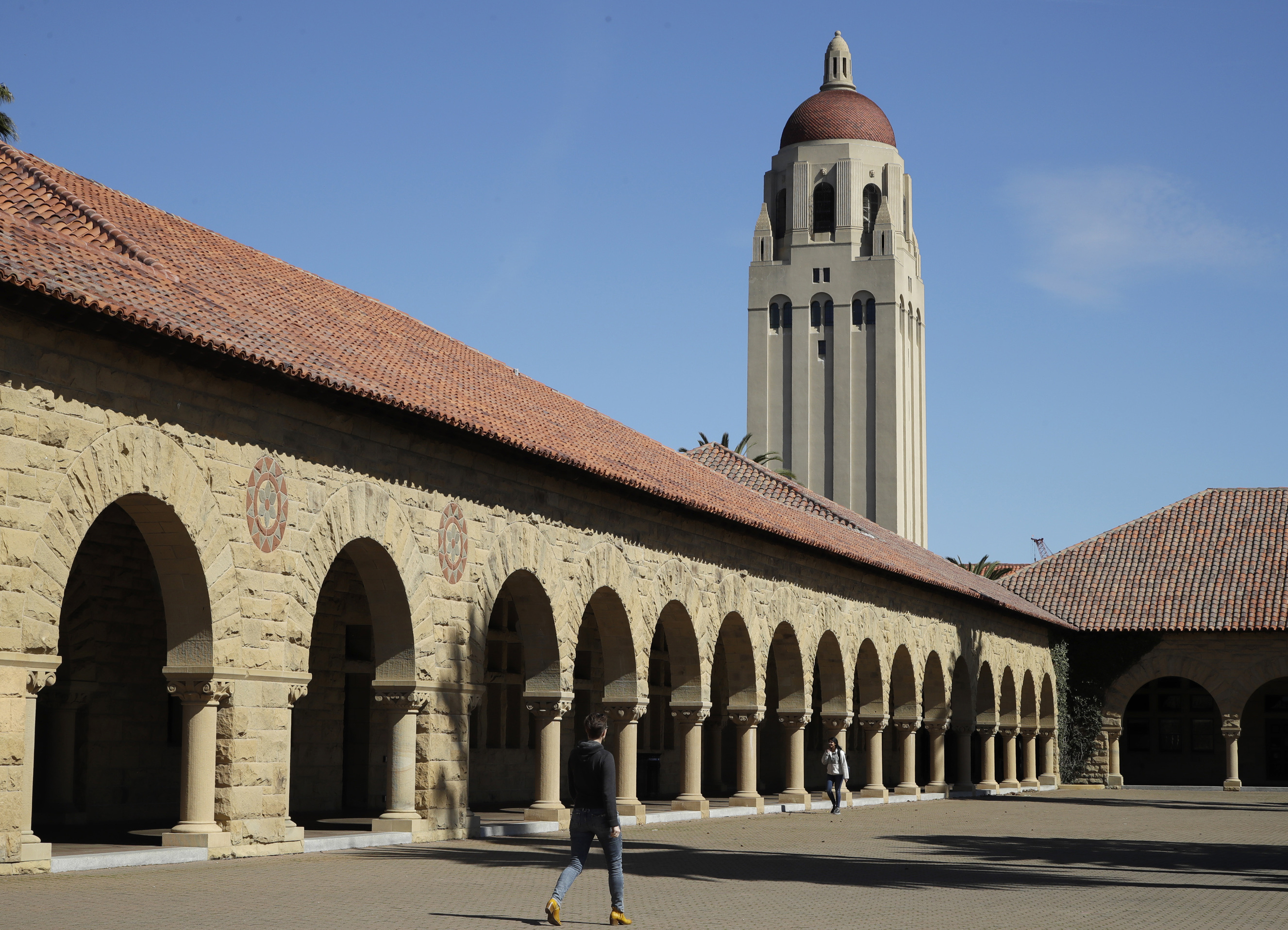