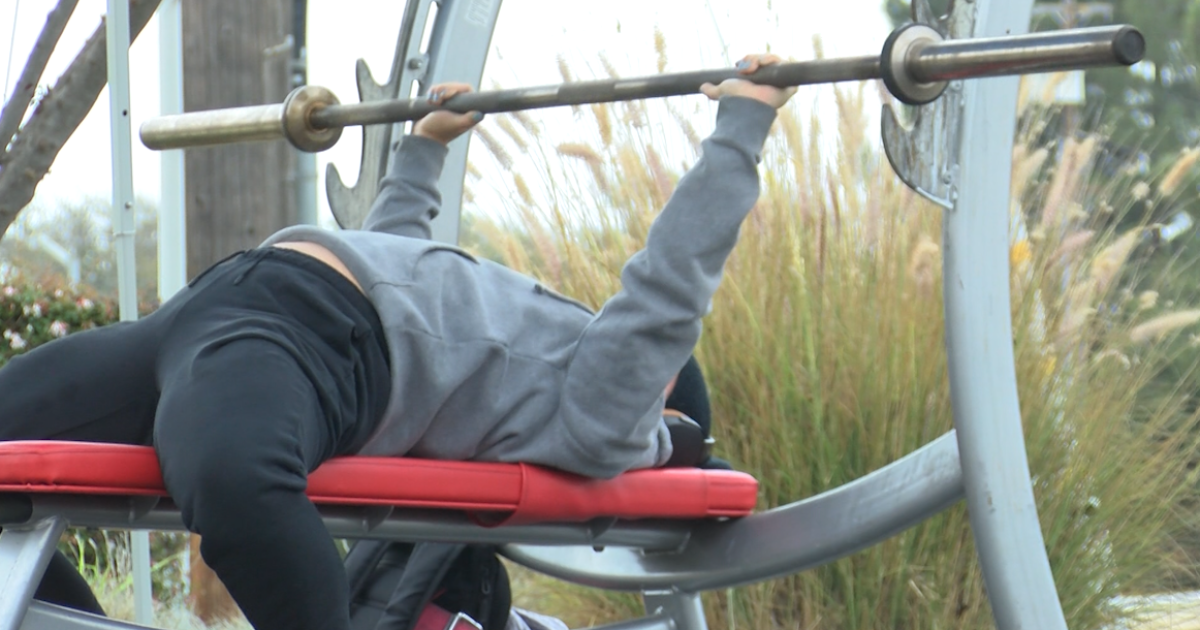 Gyms and fitness studios along the Central Coast are eager to get back indoors, especially as weather changes this fall may affect their only allowed operation.

Making the transition from indoors to outdoors is easier said that done.

Snap Fitness in Nipomo said they move their workout equipment including squat rack, bicycles, and ellipticals outdoors every morning and indoors every night – a process that takes at up to 45 minutes.

“Having equipment outside, of course we don’t want the equipment to be ruined,” Snap Fitness Manager Anthony Perez said.

The weather conditions this fall may be problematic in the next few months for fitness studios, as San Luis Obispo County remains in the purple tier for reopening. Moving to the red would allow gyms to be able to operate indoors, but only at 10% capacity with modifications.

“If it’s going to start raining and all that I’d rather stay inside,” Shay Hernandez, a Santa Maria resident, said.

Many Central Coast residents like Hernandez are doing whatever it takes to get a workout in.

Yoga studios have had to operate in a similar manner, such as holding yoga sessions at the park, but whether or not a class is actually able to happen comes down to the conditions outside.

“Operating outside is a much more volatile environment,” SLO Yoga Center owner Stephanie Stackhouse said. “Just this week we canceled classes Monday and Tuesday because we had unhealthy quality levels in San Luis Obispo.”

California gym operators spoke out about the restrictions to workout facility access Tuesday, filing a lawsuit against Gov. Gavin Newsom and state health officials, saying one of the most important industries to the current and future health of the state’s citizens is being threatened.

“This industry is able to provide physical and mental health benefits to its patrons that are very much in need the longer the pandemic goes on,” Stackhouse said.

Snap Fitness says they are proud of the transformation they have been able to make in a few short months.

“We were able to see that we could turn an inside gym into an outside gym so that was something positive we go to see,” Perez said.

It’s sit back and wait, and fingers crossed, for Central Coast fitness studios and gyms that are eager to step back indoors.

“I just hope that we go into a lower tier already so we can get inside again,” Hernandez said