MARIETTA, GA — Parents and students lined up Saturday morning in front of the Cobb County Civic Center, chanting and waving signs to protest the school system’s decision to offer classes online only this fall.

“We’ve been emailing, we’ve been calling, we’ve been on TV asking, what are you going to do to get our kids back to school?” Amy Henry of East Cobb said to a noisy crowd of several hundred in the civic center’s parking lot.

“Do you know what Cobb County has told us? Nothing!” she went on, shouting into a microphone while standing in the bed of a pickup truck draped with an American flag. “There’s no transparency because they don’t have a plan. They have no intention of getting the kids back in school!”

When Henry told the crowd that some parents were abandoning Cobb’s high-quality public schools for private education because of online-only classes, someone shouted “We’re not DeKalb County!”

Henry ran with it.

“We’re not the City of Atlanta! We’re not DeKalb County!” Henry yelled to the cheering crowd. “We are Cobb County! Top schools in the nation!”

DECISION FOR ONLINE ONLY LEADS TO PETITION, FACEBOOK GROUP

The decision led to a private Facebook group with 1,900-plus members promoting an in-person option, as well as a change.org online petition. By Saturday night, the petition had 7,700 signatures, about 500 of them in the last two days alone.

Like Gwinnett County on the other side of the metro, Cobb is grappling with how to manage a pandemic in the shadow of Atlanta, where Fulton County has more cases of COVID-19 and more deaths than anywhere else in Georgia.

Pumpelly said that “nobody’s saying (COVID-19) is not dangerous.”

He added, though, that staying home could be equally dangerous, pointing out that there were more deaths from teen suicide since the pandemic started than there were from COVID-19.

While no statistics on teen suicide in Cobb County are easily available, it is true that only one Cobb resident under 20 has died from COVID-19 since the pandemic started.

“IF KIDS CAN PLAY SPORTS …”

“If the kids can play sports, they absolutely ought to be able to sit in a classroom and have face to face instruction,” Sayer said.

Becky Stormant, grandmother to two Cobb County students, said the risk to teachers and school personnel was no worse than what everyone else has to endure.

“We’re all putting ourselves at risk,” Stormant said, who added that she “hardly ever wears a mask” except where required. “When we go to the grocery store, we go to Home Depot, we wear masks. The CDC has guidelines, and if they follow that, what’s the problem?”

“IS IT SAFE ENOUGH TO DO FACE TO FACE?”

Dr. Jaha Howard is especially concerned about whether or not Cobb schools can follow those guidelines. A member of the Cobb County Board of Education and a dentist in Vinings, Howard was the only one there who would admit to supporting Ragsdale’s decision. He asked to speak but was repeatedly shouted down by the crowd.

Later, Howard talked with parents, explaining his position to anyone who would listen. A few demonstrators yelled at Howard as he tried to speak with constituents and reporters, but most who listened received him politely, whether they agreed with him or not.

Howard said communicating in person with parents was far better than arguing with them on social media.

“I think we all agree that face to face (learning) is way better than the virtual option,” Howard said. “Here’s where we disagree: Is it safe enough to do face to face?”

He said he thinks probably not, especially after hearing Cobb & Douglas Public Health Director Janet Memark two days ago, who laid out how dire the county’s situation was from her vantage point.

“People need to know how we got here,” Howard said.

According to Howard, Memark said that not only was Cobb County at the highest level of coronavirus spread, it was running dangerously low on intensive-care beds in hospitals.

Howard said that he would have been glad to have had a public meeting with parents to explain the virtual-only decision, but the proposal was voted down 4-3 at a recent school board meeting.

As of Saturday, Cobb County had reported 11,436 positive tests for COVID-19, ranking it fourth among 159 Georgia counties. The county’s death toll of 298 placed it second only to Fulton County.

Yet at the same time, those who’ve died in Cobb County are mostly older and medically compromised. As of Saturday, only one person under 20 — a 19-year-old male with an unspecified pre-existing condition — had died of COVID-19. In fact, COVID-19 has been connected so far with the deaths of only three Cobb County residents under 30.

SHOULD THE VULNERABLE ISOLATE THEMSELVES?

That may be why several demonstrators who spoke with Patch said the onus should be on the vulnerable to isolate themselves, not for everyone else to protect them.

Chrissi Feussner, a former pediatric nurse with three children in Cobb schools, said that before the pandemic she’d sent her kids to school while undergoing chemotherapy for both leukemia and breast cancer.

“I had no immune system,” Feussner said. “My children still went to school.” She said she handled it by simply being more aware, taking the “normal precautions” and isolating herself when necessary.

Feussner is now five years in remission and doing well by her own estimate. Still — and especially now that the world is fighting the coronavirus — she remains cautious. Feussner said she always wears a mask and always avoids crowds .

“I don’t think that all children should be punished and have their choices taken away because some people want to live in fear,” Feussner said.

Fri Aug 28 , 2020
Mario Berlanga’s busy corner market means so much more than a grocery store to customers in Las Vegas’ Historic Westside. It has earned its place as a welcoming refuge where old-school hip-hop plays and customers young and old can relax and be themselves. Regulars know Berlanga as Mario, a local […] 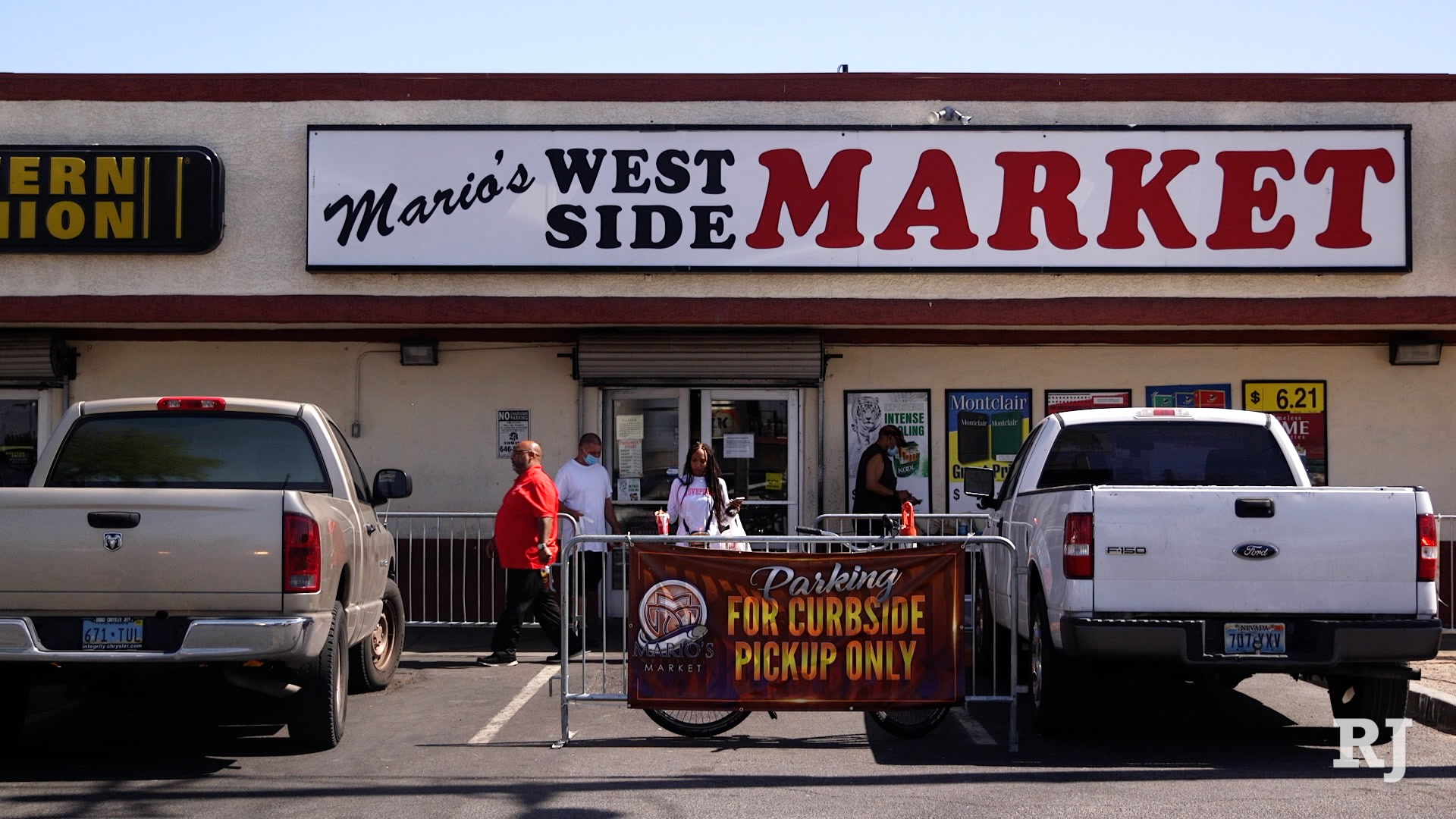