New US research has found that smokers who are better at math might be more likely to quit the habit than those who aren’t so good with numbers.

Carried out by researchers at The Ohio State University, the new study looked at 696 adult smokers and asked them to complete a short, standardized test measuring their math ability, also called numeracy, at the beginning of the study.

The participants were then shown eight different cigarette warning labels, four times each, which came with an image to elicit a high emotional response, such as a photo of a diseased lung, and a low emotional response, such as a cartoon gravestone. The labels also came with some numerical information that gave the participants facts about the dangers of smoking, for example, “75.4 percent of smokers will die before the age of 85, compared to 53.7 percent of non-smokers.” The participants were asked to report their responses to each label, and either immediately after the experiment or six weeks later, answered further questions to see how much they remembered about the information they were given, how high they thought their own risk was related to smoking, and the likelihood of them quitting in the next 30 days or the next year.

The findings, published online in the journal Health Psychology, showed that smokers who scored higher on the numeracy test were more likely than the other participants to say that they intended to quit smoking. The researchers say that as these participants had a better memory for numbers related to the risks of smoking, they perceived a greater risk from smoking and therefore had a greater intention to quit.

“People who had better math skills remembered more of the scary numbers about smoking risks that we gave them, and that made a difference,” said the study’s lead author Brittany Shoots-Reinhard. “These results may help explain why many studies find that smokers who are more educated are more likely to successfully quit,” she added.

The researchers also found that the results were in line with those from previous studies, which have suggested that participants’ memory is lower immediately after seeing high-emotion warning labels (such as those with images like a diseased lung) than memory for low-emotion warning labels (for example, like the cartoon gravestone). However, participants’ memory for the more graphic labels actually declined less over the next weeks than their memory for less graphic images.

“Smokers who are less numerate tend to have a very superficial knowledge about the health risks of their habit,” said Shoots-Reinard.

“We want people to understand the risk information in order to make more informed decisions. Our results suggest that may help them make the decision to quit,” she said.

21 Too-Real Tweets About The Reopening Process

Tue Jun 23 , 2020
Over the past couple of months, many states and cities have outlined their plans for reopening businesses during the coronavirus pandemic. Throughout that process, the funny folks on Twitter have shared how they really feel about these seemingly premature moves.  The coronavirus crisis is far from over, and public health experts […] 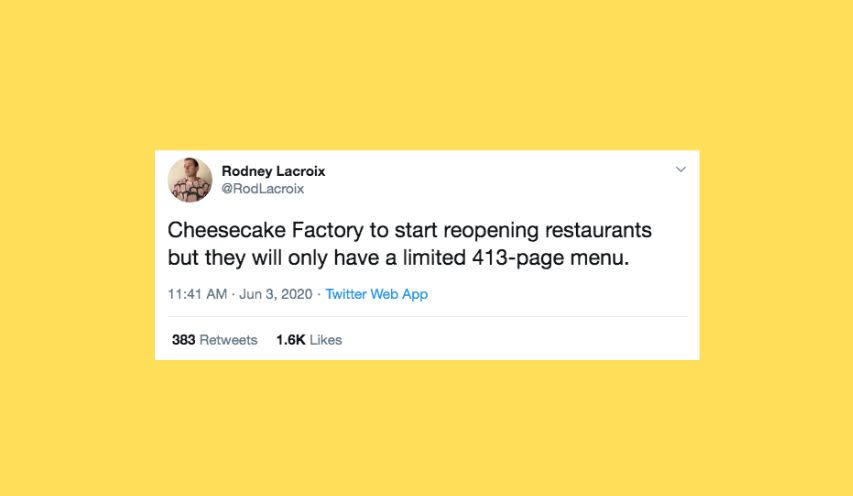