Evans and Pierce faced one another two years ago. Evans won by 2,200 votes – about 7 percentage points – against Pierce, after a bruising election contest.

Evans, who teaches speech communication at Chemeketa Community College, was first elected to the seat in 2014.

Pierce, a dentist who has stepped away from practicing dentistry during the campaign, said Oregon’s education system is falling short, there aren’t enough mental health services and that businesses are struggling during the pandemic.

This year’s rematch has gotten testy at times. Evans has criticized Pierce for what he says are inaccurate claims about his platform and policy stances, and vice versa.

If re-elected, Evans said he wants to focus on helping the state better prepare for emergencies like natural disasters and pandemics.

“I’m absolutely committed, before people get interested in other topics, to ensure the seriousness of this moment is not forgotten,” Evans said. “Had we experienced a major seismic rip in the middle of dealing with COVID and the wildfires, thousands of Oregonians would have died.”

“I don’t know that we can prevent every death, but I certainly know that it’s time we get our house in order with emergency preparedness and that we make investments in equipment, in training, in personnel and in facilities,” he said. 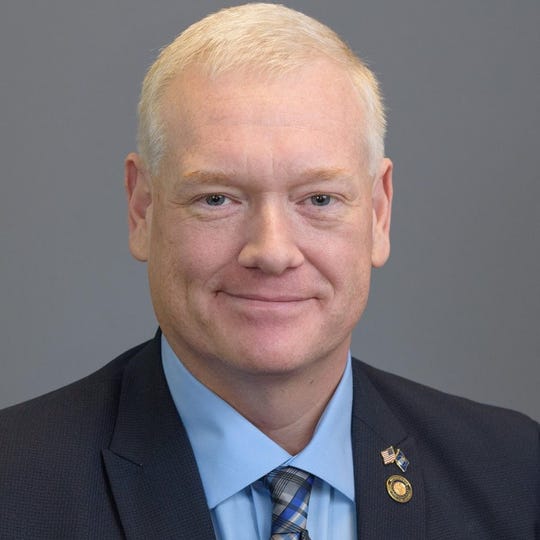 And he wants to require Oregon students to be proficient in civics. Under his proposal, individual school districts could decide what proficiency means – whether it’s a course, a test or something else.

Evans touts his record of helping pass legislation that raised the minimum wage and another bill that created a paid leave program for workers who need to take time off to take care of new children or sick relatives, as well as a bill in 2019 that increased public education funding by $1 billion per year.

He also points to his work getting funding for a seismic rehabilitation project for the Center Street bridge between downtown Salem and West Salem, and for remodeling and construction projects at Western Oregon University.

Evans has been endorsed by multiple unions, the Oregon Association of Realtors, abortion rights political action committees and police groups, according to his campaign website.

Pierce serves on the board of the Chemeketa Community Foundation and the board of trustees for Oregon Health and Science University. She says she is also an active volunteer locally.

She wants to see more career and technical education for students and to boost the state’s graduation rate. When asked about what she would do as a state lawmaker to achieve those outcomes, Pierce did not identify a specific policy, instead saying that she would have to work with other legislators.

“I would not be working by myself,” Pierce said. “I can’t dictate this or that.”

When it comes to homelessness, she said, there is “a need for a resource center to connect people with services” like mental health treatment and job training.

“I think we need to invest in some of these services,” Pierce said. “Some of them can be public-private collaborations.”

On her campaign website, Pierce says that “practical solutions such (as) relaxing regulations on construction, addressing issues in the permitting process and encouraging simplified affordable housing options will help bring costs down.”

She also supports a third bridge between Salem and West Salem.

“When I get to the legislature, I would certainly be talking to some of our partners and talking to people there on the city council, also talking to our federal partners to see if we can move that along,” Pierce said.

Pierce said that after losing to Evans in 2018, she was encouraged to run again by then-Sen. Jackie Winters, R-Salem. After the election, Pierce went to work for Winters as a legislative aide. (Winters died in May 2019).

“She said that she had run the first time and did not win,” Pierce said. “But on her second go-round, she did win. So she said, ‘You should do that, too.’ And I said, ‘OK, I better listen to Sen. Winters.’”

Pierce said she also wants to boost representation for people of Asian descent in the state legislature.

“I am Chinese, but I (was) born in the United States,” Pierce said. “And when you have more voices of different backgrounds in the legislature, I think you’re serving your citizens and your residents of your state in a better manner, because when you have a diverse set of ideas, then you can actually be more responsive to what your state needs.”

Pierce has been endorsed by the Oregon Small Business Association, the Marion County Farm Bureau and the Independent Party of Oregon, according to her campaign website.

A television ad encouraging voters not to choose Evans said he has gotten support from an “extreme” group that supports defunding police.

That group? The Oregon chapter of the American Federation of Teachers, which is a teachers’ union.

In a screenshot of a June 22 Facebook post provided by Pierce, the group said that it wanted to remove police officers from schools and that “we commit to support our affiliate locals, allied community organizations and other groups in their efforts to disarm, defund and ultimately abolish police forces, reinvesting those resources into community-led civic safety networks.”

(The post no longer appears on the group’s Facebook page. AFT-Oregon President Jaime Rodriguez said that a new executive council — essentially the union’s board — that started their terms July 1 revised the statement to support Black Lives Matter).

Evans has been endorsed by the Oregon chapter of the American Federation of Teachers and received $8,000 in campaign donations from the group in 2020. But Rodriguez said that candidates the union endorses have opinions independent of the union.

Evans said he does not support defunding police and points to his endorsements from the Oregon Chiefs of Police, the Oregon Coalition of Police and Sheriffs and the Oregon State Police Officers’ Association.

In response to questions from the Statesman Journal about the advertisement, Pierce pointed back at Evans.

In response, Pierce told the Statesman Journal that she is “pro-choice” and supports restrictions on “late-term” abortions, which she defines as “when the fetus has the potential to be viable outside the womb.” There is no precise scientific definition of “late term abortion.”

Pierce said she also supports notifying parents when a minor child has an abortion. Oregon has no such requirement.

And she maintained she has “always supported” the Affordable Care Act, better known by the nickname Obamacare, and the expansion of Medicaid.

Evans had said in a Facebook post that Pierce “refused to oppose a measure that would have robbed hundreds of thousands of Oregonians of their health coverage.”

In 2012, the U.S. Supreme Court upheld the Affordable Care Act but allowed states to “opt out” from a provision known as “expansion,” which aimed to increase the amount of money that Americans could make but still qualify for Medicaid coverage.

Oregon was one of the states that decided to expand eligibility for Medicaid. In 2018, a ballot measure effort by three Republican lawmakers to overturn the state’s funding mechanism for the health plan had opponents of that effort saying that people who gained coverage because of the expansion might lose it. In the end, Oregonians voted to keep assessing health providers to help pay for the coverage.

On Monday afternoon, Pierce’s campaign issued a statement after Evans criticized Pierce and her husband, former gubernatorial candidate Bud Pierce, on Facebook for contributing $475,000 of their own money to the campaign.

State campaign finance records show the Pierces each donated $125,000 to Selma Pierce’s campaign committee Oct. 2. Before that, they had previously contributed $225,000 in cash to the campaign this year.

Altogether, her campaign has raised $571,880 in both cash and in-kind contributions. Since Pierce and her husband gave the campaign $475,000, about 83% of her total donations in 2020 have come from herself or her husband.

“I am not embarrassed about investing in myself and in what I believe,” Pierce said. “I answer only to the voters, not special interest groups. Fighting for better graduation rates, reducing homelessness, providing a real voice and support to small businesses, and working on a path to more affordable healthcare are all real issues. There is a crisis with teens in Oregon today where we lead the nation in teen suicides and homelessness. My opponent has failed on all of these issues, it’s time for change.”

As of September 2020, registered Democrats outnumbered registered Republicans in the 20th district, according to the Secretary of State’s office. There were 16,951 Democrats and 14,265 Republicans. But there were also a sizeable number of voters – about 15,622 – who weren’t affiliated with any political party.

Evans has raised about $203,000 this year and has spent about $178,000, according to campaign finance records maintained by the Oregon Secretary of State.

Unions, including the Oregon Nurses Association, AFT-Oregon and United Food and Commercial Workers Local 555, are among Evans’ most significant cash donors this year. Citizen Action for Political Education, a political action fund of Service Employees International Union Local 503, has given the highest total amount of cash among Evans’ donors this year so far, at $25,250.

The Salem-Keizer NAACP hosted a candidate forum Oct. 8 that included both Pierce and Evans. You can access a video of the forum at http://www.sknaacp1166.org/forums.html. You also can watch the forum here in English and here in Spanish.