These days, President Donald Trump’s insatiable cravings for a crowd means asking his fans and supporters to risk their health by packing together indoors despite deep concerns from health experts.

As Trump rallied largely unmasked supporters in Tulsa, Oklahoma, over the weekend,  Arizonans more than a thousand miles away watched warily,  knowing that days later it would be their turn to balance keeping the public safe with Trump’s eagerness to return to his cherished rally format.

“I think the bigger problem, more than just the spreading at this particular event, is the message that it sends to the community because you have the president and then the governor endorsing large-scale events like this with ambiguous mitigation measures in place,” said Will Humble, the executive director of the Arizona Public Health Association.

The president’s visit comes as hospital-specific COVID-19 figures hit new highs, according to The Arizona Republic. Intensive care unit beds in use had jumped to 583 in the latest figures released Monday. And in Maricopa County, home to Phoenix, the local health department is warning that “there is increased spread in the community,” as figures for those diagnosed with COVID-19 rise.

It’s against that backdrop that Trump steams into town to address a Students for Trump rally in Phoenix at  the Dream City Church.

Phoenix Mayor Kate Gallego said in a statement Monday that the stop “was not sanctioned or permitted by the city,” but acknowledged she had no way to stop it.

“While I do not believe an event of this magnitude can be held safely, particularly as Arizona sees rising COVID cases, the President has decided to continue with this rally,” Gallego said.

Health concerns over the Tulsa event were already being realized before Trump even took stage. NBC News reported before the Tulsa event started that six Trump campaign staff members preparing for the Saturday night event had received positive COVID-19 tests. The news organization then reported Monday that another two people had also tested positive.

And even though future stops for the president remain unclear, the smaller than expected crowd reception in Tulsa isn’t likely to keep the president from returning to the rally stage  after months of being confined largely to White House press briefings during the pandemic.

At the very least an event in Alabama at some point in the coming weeks to troll his former Attorney General Jeff Sessions appears likely, as well as Trump’s RNC convention speech in Jacksonville in August.

Jacksonville’s GOP mayor and the local county GOP chair have enthusiastically embraced the tall order of taking over the president’s speech from Charlotte. But Tommy Hazouri, a Democrat who will soon become president of the Jacksonville City Council  worried about the example the president is setting for the country with his approach in Tulsa.

“With his attitude, the way he’s always been and the way he’s treated this, shame on him,” Hazouri said, pointing to the president dismissing wearing a mask despite the public health benefit. “He should be setting the example.  He doesn’t even tell people to do what I say, don’t do what I do. He’s not even saying that. He just says do what I do.”

But Hazouri isn’t trying to keep the president from bringing what could be his biggest rally of the year to his area when he formally accepts the Republican nomination.

“While I may not like it, that’s the mayor’s call,” he said. “This is an executive decision and it doesn’t require a vote…he’s made great decisions, but this one I think is not so great.”

Trump may also face resistance if he tries to hold major rallies soon in swing states that would be crucial to his re-election chances. Michigan Gov. Gretchen Whitmer told the Associated Press in a story Monday that she hasn’t ruled out trying to ward off a possible Trump rally if the show decides to head her way.

But in Ohio, where Republican Gov. Mike DeWine has proven to be more cautious than other GOP state leaders, there was less clear concern. A spokesperson for the leader of the potential swing state said “Ohio permits First Amendment rallies under our COVID-19 guidelines along with other First Amendment Activities, such as religious services and news media.”

Other key swing states like Wisconsin and Pennsylvania are, like Michigan, also led by Democratic governors who have been far stricter about the virus than their GOP counterparts.

Asked if Gov. Tom Wolf could also resist in the way Whitmer has floated, a spokesperson for Pennsylvania Democrat  told The Daily Beast they “will review all rally requests with local officials and public health professionals prior to making a determination.”

Trump’s appearance in Arizona comes just days after the Phoenix City Council voted to require face masks in the city, according to the mayor’s office. Mayor Gallego has also called on all the elected officials at the Tuesday rally to “set an example to residents by wearing a mask.”

“This includes the President,” Gallego said in her statement.

A spokesman for Students for Trump said masks were being strongly encouraged and that additional hand sanitizing stations had been put in place. But the group declined to say how many people were expected to attend the event or what exact mitigation measures would be taken, like social distancing.

At both of the Trump events, organizers haven’t been shy about what the public is getting itself into by coming to see the president. For both Trump’s Tulsa rally and his Phoenix students event, attendees had to make clear they knew the danger they were opening themselves to by seeing the president in person while the pandemic continues to kill people nationwide.

“By clicking register below, you are acknowledging that an inherent risk of exposure to COVID-19 exists in any public place where people are present,” the online attendee form for Tuesday’s event read.

Read more at The Daily Beast.

Get our top stories in your inbox every day. Sign up now!

Daily Beast Membership: Beast Inside goes deeper on the stories that matter to you. Learn more.

Online Resale Appears to Be Pandemic-Proof

Tue Jun 23 , 2020
Thredup believes the Covid-19 crisis has accelerated the consumer shift towards secondhand e-commerce. One of the biggest stories to come out of the Covid-19 pandemic is the devastation of retail — especially of businesses that relied on brick-and-mortar sales, many of which have declared bankruptcy or shuttered altogether due (at […] 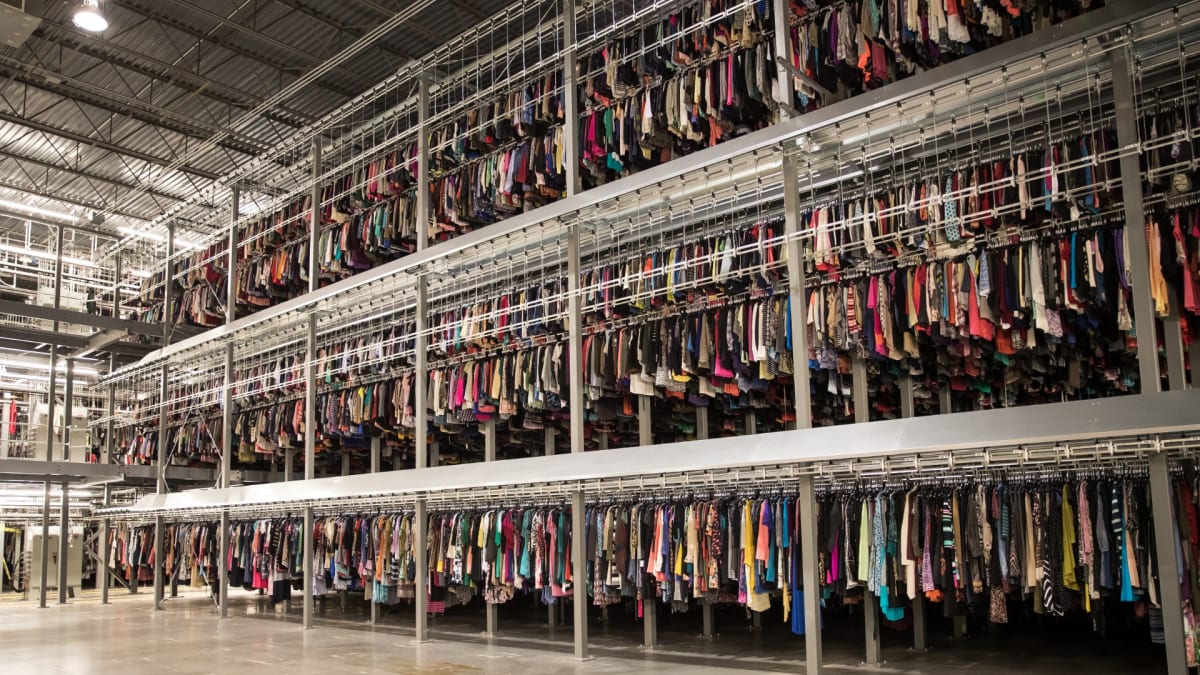