A government minister has said the NHS coronavirus contact-tracing app is “not a priority” and he was not sure it would be out by winter.

The app, which has been trialled on the Isle of Wight, was initially expected to launch nationally weeks ago.

The BBC can also reveal that the project’s two lead managers – NHSX’s Matthew Gould and Geraint Lewis – are stepping back.

And Simon Thompson – a former Apple executive – is joining to manage it.

Mr Thompson is currently chief product officer at the online grocer Ocado. He has been appointed to Baroness Dido Harding’s Test and Trace team, where he will have other duties in addition to the app.

Mr Gould and Mr Lewis had always expected to move back to their other duties this month, however they had intended for the app to have had its national rollout by now.

Lord Bethell, the Minister for Innovation at the Department of Health and Social Care, said he was unable to give a date for its launch.

But he insisted that the trial “has gone very well indeed”.

He was responding to questions at the Science and Technology Committee on Wednesday afternoon.

“We are seeking to get something going for the winter, but it isn’t the priority for us at the moment,” Lord Bethell said in answer to a question about the app.

He admitted that was “an expectation of management answer, saying I can’t give you a date”.

Lord Bethell said it was still the government’s intention to launch it at some point.

Lord Bethell has just poured a bucket of icy water over the project that was supposed to be at the heart of the government’s test-and-trace strategy.

At the beginning of May, the Health Secretary Matt Hancock said people had a duty to download the app, which was expected to be rolled out nationally by the end of the month.

Plenty of people warned at an early stage that telling people via an app notification to go into quarantine might not work.

Now it seems the Isle of Wight trial has confirmed that most prefer the more human touch of a phone call.

The team behind the app have an updated version ready to go which they feel addresses many of the concerns. But it looks as though ministers and the Test-and-Trace supremo Baroness Harding have decided to put the whole idea in the deep freeze. Don’t bet on it coming back in the winter.

He also added that the trial on the Isle of Wight had shown that some people preferred humans to do the contact tracing.

“There is a danger of it being too technological and relying too much on text and emails, and alienating or freaking out people – because you’re peddling quite alarming news through quite casual communication,” he said.

Since the launch of the trial phase six weeks ago, there have been few official updates about any expected timeline, and reports that ministers are considering switching systems.

In other app developments:

Lord Bethell said that because the disease’s prevalence was currently relatively low, “we’re not feeling under great time pressure, and therefore we’re focusing on getting the right app”.

He added: “I won’t hide from you that there are technical challenges with getting the app right, and we are really keen to make sure that we get all aspects of it correct.”

He also acknowledged that the public were highly concerned about the app, which he said was one reason an app had not been “rushed” out.

“If we didn’t quite get it right the first time round, we might poison the pool and close down a really important option for the future.”

Thu Jun 18 , 2020
NEW YORK CITY, NY — Young people from more than 150 schools who have been isolated during the coronavirus pandemic — forced to embrace distance learning and see dreams for proms, senior days and other long-time traditions derailed —were able to come together last week during a virtual field trip […] 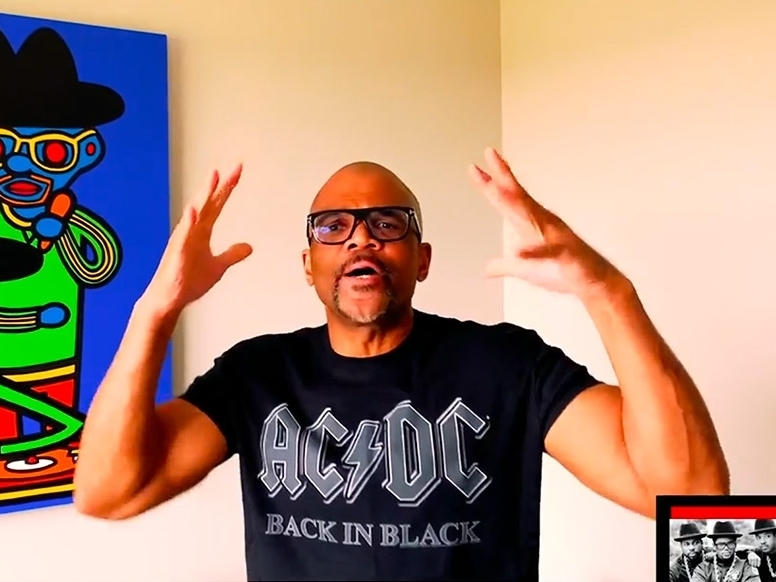