With its snaking, curvy design, Gainesville’s latest hotel looks more like a modern art gallery at first glance than a peaceful lodging situated in one of the busiest areas of town.

The 173-room boutique hotel managed by Pyramid Hotel Group cost $32 million — which came from UF reserve funds, or money left over from previous budgets — to build and took about 20 months to construct.

UF Health Shands is just the latest hospital to move in on a recent trend of hotels built on campus medical centers.

Such partnerships have appeared in cities across the nation, from New York to Cleveland and Houston.

UF Health CEO Ed Jimenez said the main reason Shands and other hospitals are building hotels on their campuses is to improve the patient experience.

“It’s completely common for people from all over the state to come here, and to a lesser extent, from across the nation, to receive the best medical care in the state,” Jimenez said.

Many of the procedures patients travel to receive are complicated, he said, and they might remain in town to recover overnight or for several days. At Hotel Eleo, family members are a short walk away from the main hospital.

“Families are going to want to be close to their loved ones,” Jimenez said. “Whether it’s one block or 500 blocks away, you shouldn’t need to deal with traveling any farther and parking somewhere else when you can be this close.”

Hotel Eleo guests are required to valet park for $15 a day.

Despite being on university property, the hotel will pay taxes just as any other Gainesville hotel does, including the county’s 5% tourist development tax, also known as the bed tax.

A customer is charged the bed tax when they pay for the room, which is then sent to the county tax collector.

Jimenez said the hospital and university had plans in place to build a hotel close to campus since the University Centre Hotel was demolished in 2006.

UF Health acquired University Centre Hotel, 1414 Archer Road, and an adjacent property for $6.1 million in 2004, after its owner filed for Chapter 11 bankruptcy. The aging building was later knocked down to make way for the new cancer hospital.

Hotel Eleo began construction in 2018 at the site of another former lodging, Rush Lake Motel.

In addition to proximity for patients and their families, Jimenez said the location gives prospective UF College of Medicine, Pharmacy and Dentistry students who come from out of town a place to stay while they interview.

By staying at Hotel Eleo, they will already be on campus and won’t need to worry about traveling far at early hours to meet for interviews.

UF Health Shands has about 800 total residents and fellows who train at the hospital.

Jimenez said Hotel Eleo can also be the site where prospective new UF Health Shands doctors and scientists can stay during their interview process.

Jimenez previously told The Sun that the hospital would look to sell the property once revenues started coming in.

But UF Health said in a prepared statement Wednesday that any decision to sell the hotel would be made down the road and would need to be the right opportunity that maintains the goal of serving those coming to the hospital and UF campus.

It is currently undergoing a soft opening, with some of its five floors of rooms still unavailable to guests. A grand opening is planned for September.

Hotel Eleo’s first guests included a UF Health outpatient and Gainesville newlyweds who wanted a safe honeymoon destination without the worry of traveling far during the pandemic.

Hotel Eleo’s modern architectural design was intended to create a sense of calm, said Richardson, of Pyramid Hotel Group. The north-facing side, which is covered in windows, overlooks Lake Rush and the main hospital.

Hotel Eleo has three types of rooms. Standard rooms have two queen beds, along with a seating area with a sofa, while suites have a king-size bed along with the seating area.

Smaller studio rooms have a single queen bed and no separate seating area with a sofa.

Current rates range from about $155 to $210 per night, depending on the room size, view and date.

Americans with Disabilities Act-compliant rooms with a roll-in shower and hearing-impaired guest rooms are also available.

Richardson said the city view rooms are ideal for guests who want a slightly darker room to help facilitate sleep.

All rooms contain Scandinavian-style furnishings in cool tones, along with technology upgrades to make people feel at home away from home. Flat-screen TVs have both cable and streaming services available, and a wireless smartphone charging station is at the bedside.

For those who need a caffeine fix in the morning, each room also contains a Nespresso machine.

In the era of COVID-19, Hotel Eleo turned to nearby experts at UF Health in order to determine the best possible cleaning solution to keep guests safe, Richardson said.

“When you spray it parallel to a surface like a TV, it will spray out in all directions,” Richardson said. “It will go up to the ceiling, down to the floor and will stick directly to the screen, killing any viruses.”

At the lobby level, guests can workout in the 24-hour fitness center that contains non-motorized curved treadmills, which operate as each foot strikes the belt; body weight strength-training equipment and Peloton bikes. Complimentary cycling classes on the Peloton are also available for guests.

Richardson said that while Hotel Eleo does not have a pool, there is space to add one outside in the future if guests express an interest.

Also on the lobby level is 1,100-square-foot meeting and event space, equipped with two large flat-screen televisions and Wi-Fi-enabled AV equipment. The room can accommodate up to 180 guests or it can be partitioned off to create space for two separate groups.

A fine dining restaurant, Covey Kitchen + Cocktails, is still under construction and is scheduled to open in September.

Headed by Executive Chef Charlie Keller, who previously worked in Manhattan, the restaurant will offer Florida-inspired comfort food with a sophisticated flair. The menu will showcase seasonal dishes that contain local produce.

Covey Kitchen + Cocktails will have about 96 indoor and 89 outdoor patio seats.

Guests can buy packaged food and beverages from the hotel’s Grab + Go Market.

Outside, Hotel Eleo has a walking path around Lake Rush that leads north to the hospital and UF campus. A small pad of grass lay just outside the restaurant patio area that Richardson said is a prime location for a morning yoga session.

Brad Pollitt, vice president of facilities for UF Health Shands, said he is happy to see the hotel and surrounding area come together after working on the project for so long.

“I usually get satisfaction about a year after a project is completed and I’m able to see people are happy with it,” he said.

Klick Takes Industry Behind the Curtain, Revealing a Multitude of Advancements and Investments 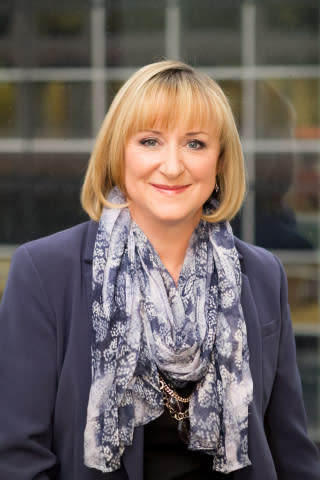