Like so much else, the COVID-19 health crisis has upended our retirement planning and preparedness. A survey conducted by TD Ameritrade between April and May reveals that the current coronavirus-induced economic downturn will affect Americans’ retirement plans more than the Great Recession of 2008, and that Gen X expects to be the hardest hit. But what do these impacts look like right now for Americans who are still preparing for retirement? What can they expect when retirement rolls around?

Related: Why It’s Good to Be Retired During the Pandemic

When the pandemic put millions out of work and forced businesses to shutter, the U.S. government approved a massive COVID-19 stimulus package, money that added substantially to the national debt, says Lindsay Kan, president of California-based LTS Financial. “With $3 trillion in COVID-19 stimulus added to the previously existing $23 trillion in U.S. government debt, our debt is surpassing the equivalent dollars of World War II debt, which resulted in taxes being as high as 94% and lasting for more than a decade,” Kan says. “In other words, the debt is mainly paid by taxes, and no one knows what future [federal] tax rates will be. So, with such high debt now … huge pressure will be put on tax rates rising to cover this exponentially growing debt problem. If you’re retiring during those tax surge times, it can be devastating on your retirement lifestyle.”

The cost of handling coronavirus on city and state economies will also add to debt burdens, and will likely require state tax increases to deal with significantly declining tax revenues, says Steve Sexton, financial consultant and CEO of Sexton Advisory Group. “The expected increase in taxation could occur as early as next year or after the Tax Cuts and Job Acts sunsets in 2026. Regardless, tax increases will have an impact for those looking to retire,” he says. We’ll need to save more “to make up for the loss in income due to increased taxation.”

Related: Most and Least Tax-Friendly States for Retirees

Inflation Will Make Savings Worth Less

Yet another challenge that may result from the stimulus money: inflation. “If you still have many years, if not decades, before retirement, then you are concerned with the inflation aspect of what the pandemic is doing to our economy,” Kan says. “Every dollar of stimulus money adds to inflation. It means more dollars are out there for the same goods, so prices rise and the dollar is worth less, and therefore it takes more dollars in the future to buy things. This leads to Americans changing their retirement plans to seek better, safer returns to hedge against the COVID-19 impact on their retirement.”

Social Security May Run Out Even Faster

Each passing generation sees diminished chances of getting Social Security benefits during retirement. The pandemic isn’t helping. While a 2020 Social Security Trustee report prepared before coronavirus indicated the Social Security Trust Fund would be depleted by 2035, a study by the Bipartisan Policy Center suggests its effects — slow wage growth and extended unemployment — will add strain that accelerates that to 2029. “If the trust fund is unable to make full payments, all recipients will see an automatic reduction in their social security check,” Sexton says.

Related: No Pension. No 401(k). How to Get by on Social Security

There May Be No Retirement at All, for Some

One-third of survey participants say they just won’t retire. For others, retirement may now be a much more distant dream. “Approximately 75% of heads of households ages 55 to 65 had almost no chance of being able to fund their retirement needs out of savings even before the pandemic,” Sexton says. “Over the past few months, near-retirees have lost their jobs, have had to dip into their savings or access their 401(k) or IRA accounts to pay for monthly expenses. Additionally, market volatility has made retirement a more distant reality for many households who were hoping to retire in the next few years.”

Related: 25 Reasons Why Retiring Is Harder Than It Used to Be

Many people nearing retirement age suddenly find themselves looking at options for generating supplementary or passive income during their post-work years, says Ty Stewart, CEO and president of Simple Life Insure. “Some are thinking about freelancing. Others are curious about selling products on Amazon. Still others want to leverage hobbies or crafts into a small business they market online, such as artwork or handcrafted furniture,” Stewart says. “A lot of this interest is due to the recent economic uncertainty, which has rattled savings in more traditional retirement vehicles, like 401(k)s and IRAs.” Indeed, the TD Ameritrade study finds that half of Americans (51%) say they are more open to finding a job in retirement to supplement their living expenses.

A Wait to Cash in on Home Equity

Clients near retirement or already retired are asking whether they’ll now be able to use the income from their home’s equity to pay for part of their retirement. “With COVID causing so much instability in real estate, people are temporarily pausing the idea of selling their homes to cash out on its equity until 2021 or even later,” Stewart says. “COVID has made people hold out until further notice on the state of real estate in the next year or two.”

Some of the worst affected by the COVID-19 crisis may be those who were laid off or otherwise lost a job because of it, says Ash Exantus, director of financial education for BankMobile. “The money that they were putting into retirement has now stopped,” Exantus says, “and the money that they thought they would’ve used at retirement may be the money they have to use once unemployment benefits stop.”

An End to Workers’ Retirement Contributions …

Even those who are still employed are rethinking long-term financial plans, and it’s reflected in their retirement saving plans. “People are either stopping their contributions altogether until they feel the economy stabilizes or until they understand more about the volatility and the job situation,” Exantus says. “Or people are pulling their money out of their current retirement accounts in the fear that they will lose what they’ve already invested.”

The decision by some employers to suspend matching contributions to retirement funds is yet another blow to retirement savings efforts. “Major employers are suspending 401(k) matches for employees, effectively lowering [employees’] rate of return and potential growth in those accounts,” Sexton says. A survey by the Plans Sponsor Council of America found that 21.7% of companies that offer 401(k) plans with 1,000 or more participants have either suspended or were considering suspending employer matching contributions, including giants such as Best Buy, Lands’ End, and Tenet Healthcare.

Americans are revising their idea of what retirement may look like, with younger generations showing the most flexibility. For instance, 45% of millennials are open to having a roommate in retirement, while only 18% of boomers say the same, the TD Ameritrade survey shows. In addition, 46% of millennials and 11% of boomers say they would be open to retiring abroad to save on medical costs.

Related: 15 Countries Where You Can Live Comfortably on Social Security

The virus has affected people of many ages and health profiles, making clients of financial planner Keith Piscitello suddenly more concerned about having enough coverage for health care costs. “In six to 12 months, when the hospitals and insurance companies are done arguing over who is responsible for what, the hospital bills for the extended care and treatment will begin to go out to recovered patients. That day of reckoning will certainly be another tough financial pill to swallow,” says Piscitello, of Simply Sophisticated Wealth Planning. “What used to be viewed as something that could only happen to other people suddenly has the potential to affect even the healthiest of us.”

Related: 14 Telemedicine Services for Health Care at Home During the Pandemic

Tue Jun 23 , 2020
hotel – getty As of July 4, “most leisure and tourist attractions will reopen if they can do safely,” Boris Johnson has announced, revealing the biggest return of freedoms to Britain since lockdown. The two-metre rule has been cut to one, in a major boon for pubs and restaurants, which will also be […] 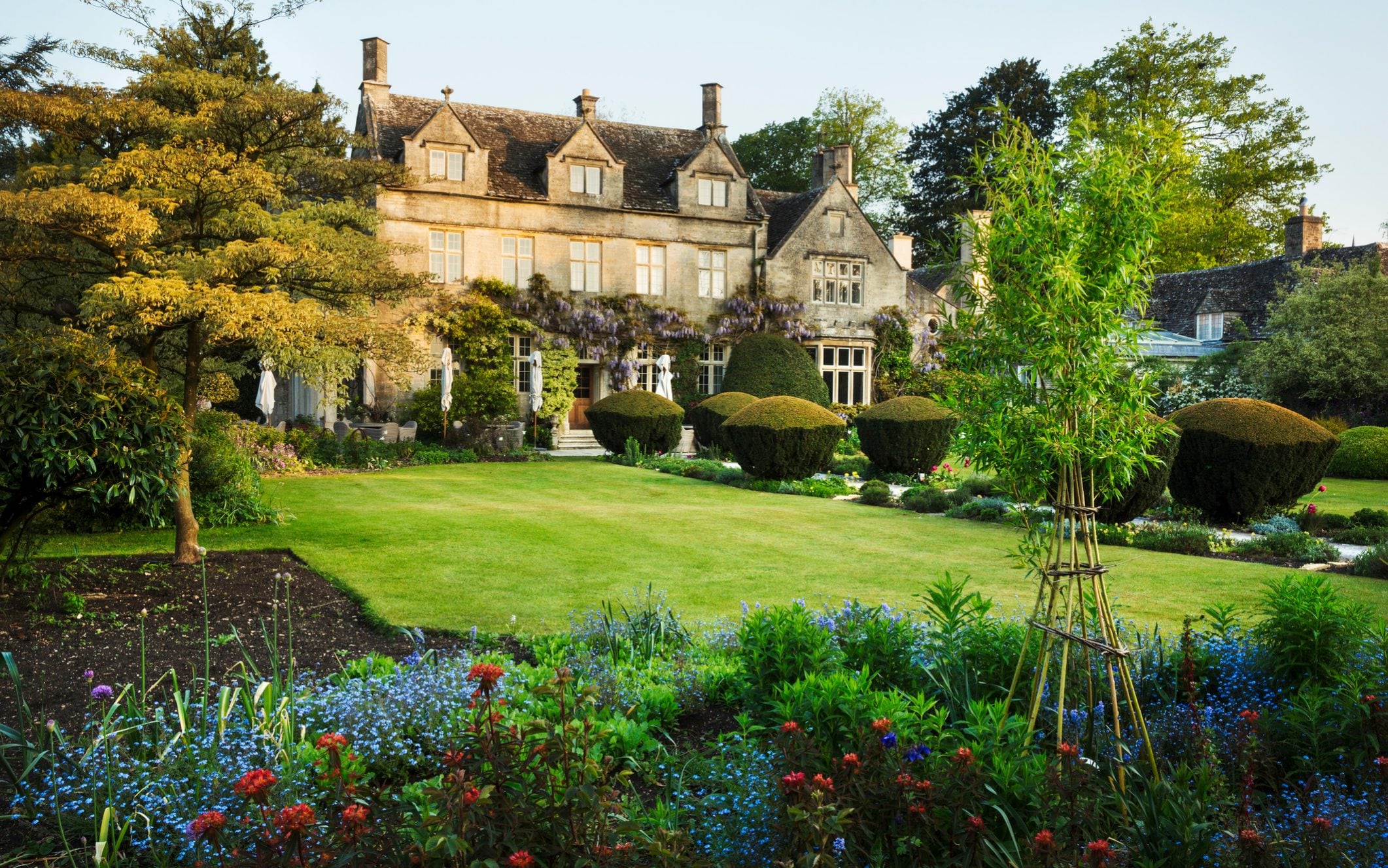