Jonathan Wright jokes that his neighbor had the scoop that one of the first major sporting events since the coronavirus outbreak would be played in South Carolina on Hilton Head Island.

The Harbour Town Golf Links superintendent was hanging out at the park in the small gated community on the south end of Hilton Head where he lives with his family. There is a pool and tennis courts and pickleball. Neighbors are friendly and young children play together.

It was a gathering here near the jungle gym on an afternoon in April when a neighbor — from an appropriate social distance of course — asked Wright about an online report that the RBC Heritage Presented by Boeing could be back on for June.

The PGA Tour had announced in March the longtime event had been canceled, swept up in a storm of professional sports shakeups as the coronavirus pandemic began gripping the country.

When he heard the news the Heritage might wriggle back onto the schedule, Wright was enjoying some rare down time. He was probably dressed down in board shorts, flip flops and a T-shirt representing his alma mater, the University of Kentucky turfgrass program.

After his neighbor told him the news, Wright immediately texted tournament director Steve Wilmot, who said they would talk the next day.

Wilmot had gotten a call from Tyler Dennis, the PGA Tour’s vice president of competitions, the previous week. Dennis told Wilmot the tour had a June opening because of shuffling and asked whether the Heritage was interested.

Those gathered were adamant they could pull it off.

But skepticism remained about whether the tournament would happen as the pandemic raged on.

“At that point everything looked so bad,” Fraser said. “We all thought we were going to end up looking like New York. In my mind at least, I didn’t think it was going to happen.

The turnaround was swift – it went from worrying about how to pay bills for a tournament that wouldn’t happen to again prepping for an event.

Wilmot remembers some details from the whirlwind of a week after Dennis called him on April 6. But he can’t remember exactly how many phone calls he made soon after that, trying to figure out if the idea was would become a reality.

There were a lot.

A few stick out, though.

He dialed S.C. Gov. Henry McMaster’s office to ask for the governor’s thoughts.

Should the Heritage give it a shot?

Sea Pines’ owners had to be contacted.

Tournament officials had to consider whether the course would be ready for play in mid-June.

It wasn’t a simple “yes” when Dennis called.

At one point, Wilmot hopped on a conference call with the governor, PGA Tour and CBS. Everybody wanted to be in agreement that they should move forward.

In early April, Wilmot had been devastated. He thought of the Heritage’s impact on the community, he said. It wasn’t just the $800,000 in lost ticket sales over the four weeks before the tournament’s original start date.

It was lost money for small businesses in Harbour Town. It was a major dent in the island’s economy as a whole.

But people came together, he said, from RBC to CBS to the S.C. Department of Health and Environmental Control.

“I’ll sit back in a couple weeks and think about what just happened,” Wilmot said Friday.

And, soon, he’ll start planning for the 2021 Heritage.

He’s not sure what that will look like, but he wants to be ready.

A lot of questions

Two key considerations drove the PGA Tour’s decision to bring the tournament back to Hilton Head.

Because of tight coronavirus restrictions in Canada, rescheduling the RBC Canadian Open planned for mid-June wasn’t possible. That meant the Canadian banking giant that is one of the tour’s most valued sponsors stood to lose both of the events bearing its name.

Tour executives wanted to maintain that relationship. They talked with RBC and Mary DePaoli, its executive vice president and chief marketing officer.

“They had a lot of questions — will there be spectators? will there be hospitality? will there be a pro-am?” said Andy Pazder, the PGA Tour’s top executive over tournaments. “And the answer to all of those questions had to be ‘no.’ But we’re doing some things to replace some of that, to make sure the RBC branding you would normally see on hospitality structures is replace by other on-course branded elements.”

Another major question was whether the golf course would be ready to host the best players in the world.

Every year, the Heritage is played on pristine turf created from cool-season ryegrass planted on the dormant bermudagrass the previous fall. That keeps the popular resort course attractive and green year-round.

After the tournament, Wright and his agronomy staff let nature take its course and the ryegrass dies off with the warm summer weather as the bermuda emerges.

But with the tournament pushed back to June, tour officials couldn’t risk the grass being in transition and the possibility of thin turf that wouldn’t meet the standards of professional golfers.

To be sure the golf course would be ready, Harbour Town would have to remained closed when COVID-19 restrictions were lifted.

Sea Pines president Steve Birdwell called Matthew Goodwin, of the Riverstone Group that owns the resort: Could the resort close its iconic golf course during a peak season in order to prepare for the PGA Tour?

“Financially it was a big OK,” the golf director Farrell said. “And they said yes.”

Golf fans and even longtime tournament goers and volunteers might not recognize Wright if they passed him on the course. He’s not among the staff and board members and town officials who don tartan during the week for public appearances.

His staff’s work happens before and after the stars stroll Harbour Town each day.

The profession in general grapples with the public perception that the job resembles dopey Carl Spackler from the movie “Caddyshack,” not the science of plants, soils, climate and resourcefulness it is.

But tournament and tour officials respect his role here.

The grass is like one of Wright’s children, needing constant oversight and nurturing. He hasn’t had a day off since his wife’s birthday in March.

With the suffocating Lowcountry heat seeming to begin earlier and earlier in the year, Wright was confident the transition could be expedited in time to welcome the PGA Tour without much stress.

He enlisted the superintendents from Sea Pines other courses, Brook Sentell, Kelly Shaw, PL Ellis, Sean Skresvig and Tyler Clayton and leaned on his assistants and international interns.

When the Heritage was canceled in March, the resort began other major projects renovating sand bunkers and trimming trees. Course owners approved repaving all of the cart paths while the course was closed.

To speed up preparing the turf, the golf course was aerated during what would have been the tournament week in April. Fertilizer was applied to feed the bermuda.

But temps remained cool, humidity was low. Wright wore stocking caps on multiple weekends in May.

The ryegrass continued to thrive. Crews sprayed a light chemical over the grass throughout the course except for the greens to eradicate the unwanted grass, but it only held it down a couple of weeks.

Wright likened the process to having to grow a brand new golf course from scratch.

He worked with a smaller staff because of older employees who were furloughed due to health concerns and fewer interns because of international travel restrictions.

“It’s probably one of the most stressful tournament preparations I’ve had to endure,” Wright said.

Bland Cooper, the PGA Tour’s agronomist, wasn’t able to immediately visit Harbour Town because of travel restrictions and stay apprised from afar. He remained in touch with Wright almost daily.

Eventually the weather cooperated. The golf course was ready for the pros with little time to spare.

Throughout much of the work on the course, tournament officials and golf course staff remained unsure whether the event would happen.

Coronavirus persisted and nobody was certain what federal and state health officials would allow.

While Harbour Town was furiously preparing the golf course, PGA Tour officials hammered out how a safe tournament would look.

No spectators would be allowed in early events.

Players would be tested during tournament week.

The PGA Tour would provide a plane for players and caddies to travel from one stop to the next.

In the event of a positive test, the player would be isolated for 14 days and not allowed back on site. Contacts would be investigated and surfaces he was known to touch decontaminated.

Until the first event in Fort Worth, Texas, Heritage supporters weren’t sure how everything would function.

There were no positive tests among players during that first tournament at Colonial Country Club. Restless sports fans devoured the television coverage and chattered on social media about golf star Bryson DeChambeau’s physical transformation.

“We were commenting that maybe we’ve come out of the gates so strong its going to be a tough act to follow,” said Pazder, the PGA Tour tournament executive. “We’re off and running, now we just need to keep momentum, be smart about things, be responsible.”

The Heritage opened as envisioned, with a quieter look and feel and without the galleries of pastel sun dresses and seersucker pants.

There was the ceremonial cannon – and the defending champion, C.T. Pan – firing into the Calibogue Sound.

The unseasonably cool breeze carried the smoke from the cannon blast across the green lawn beyond the 18th green. The tartan jackets worn by Heritage Classic Foundation officials were necessary in the morning chill.

You could close your eyes and feel April on Hilton Head.

Your Horoscope This Week

Sun Jun 21 , 2020
We’re called to inspire real change in the world on Sunday, upon the arrival of the Solar Eclipse in sensitive Cancer at 2:41 a.m. EST. This powerful new phase allows us to set new goals for ourselves and inspires us to consider the impact of our actions. Our eyes are […] 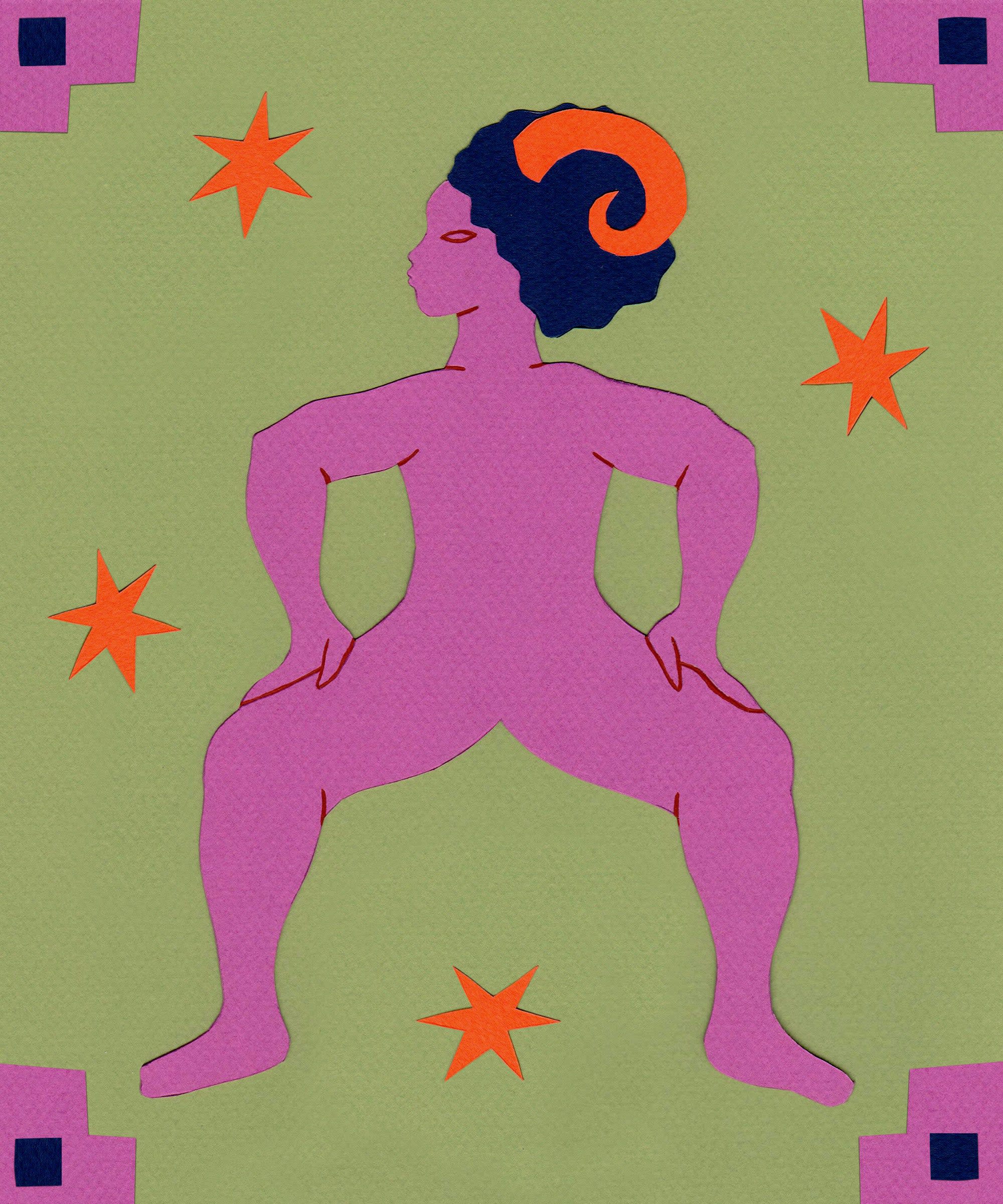