Illinois State University’s first attempt to articulate its vision for reopening amid the coronavirus pandemic this fall didn’t sit well with everyone.

The plan, dubbed “Redbirds Return” after the central Illinois college’s mascot, drew swift criticism from faculty after it was shared in early June, prompting instructors to draft their own proposals and call for greater precautions when scores of students are expected to descend on campus next month. The faculty’s letter objecting to plan has been signed by more than 500 employees, students, parents and other community members.

“Since releasing the plan, we’ve received a great deal of feedback,” ISU President Larry Dietz said earlier this month. “Many faculty and staff members have also made it clear they would like a greater voice formulating plans.”

At the same time, Dietz announced modifications the faculty had been seeking: increased flexibility to work from home, through at least December, and to teach remotely if the subject matter allows.

With the fall term rapidly approaching, faculty members at Illinois colleges are escalating their complaints and have emerged as a leading force against the resumption of in-person instruction. Their concerns, aired in petitions and debates in academic senates, are taking on renewed urgency after reports that students returning to some college towns are spreading the coronavirus at parties and other gatherings.

Despite the risks, some students are eager to restart college experiences that were upended this spring and want to get their money’s worth, since most schools aren’t discounting tuition.

Public universities such as ISU have found themselves in an especially precarious position during the pandemic. In Illinois, they’d already suffered financial damage from the state’s three-year budget impasse — and are now bracing for more damage, if fewer students enroll in fall classes or opt to live at home.

This spring, many schools shelled out millions of dollars in room and board refunds when students were asked to move home and classes abruptly shifted online. Some have also implemented furloughs or hiring freezes.

Stacy Otto, an education professor at ISU who was involved in drafting the faculty proposals, acknowledged the financial challenges but said she also worries about the societal cost of allowing up to 18,000 students to flood the community. As of Saturday, McLean County, where the school’s campus in Normal is located, has recorded 453 cases and 15 deaths, according to its health department.

“I see a disaster in the making, as many of my colleagues do,” Otto said about the prospect allowing students to return. “Our students largely come from the western suburbs of Chicago. They go home on the weekends a lot of times. There’s not much we can do to control student behavior, is the truth of the matter.”

Like many other colleges, ISU plans to offer a mix of classes: some fully online, some in person and some that combine both. Otto said her department is conducting all of its classes remotely, except for a handful of undergraduate courses, and she expects to teach from her home.

Still, Otto said some department chairs are still mandating that faculty members teach in person. She also said graduate student instructors have less flexibility in choosing their preferred mode of instruction and could feel pressured to teach in person.

“Almost without exception, all of the modalities that faculty members chose were adopted,” Jome said. He also said the provost’s office is developing “a more complete picture” of teaching assignments for graduate student instructors.

But since she suffers from an immunodeficiency condition and has other medical ailments, Otto said she sent a letter to ISU’s president, provost and general counsel last week, saying she holds the university liable if she contracts the coronavirus while teaching in person.

Otto was granted an accommodation by ISU under the American Disabilities Act to teach at home for the fall semester. However, she still wants to ensure she won’t be forced back to campus in the spring or required to travel for work.

Students, faculty members and visitors on campus must wear face masks and will be educated on the importance of avoiding large gatherings and the need to follow health and safety guidelines, Jome said.

But a recent uptick in statewide coronavirus cases has renewed concerns. On Saturday, Illinois announced the fourth straight day with more than 1,200 new cases, resulting in the highest seven-day rolling average since late May. In all, Illinois tallied about 170,000 known cases.

Under Gov. J.B. Pritzker’s Restore Illinois plan, colleges can begin offering in-person classes in phase four, which the state entered June 26. Gatherings of 50 or fewer people are allowed in phase four, but college campuses likely won’t return to pre-pandemic operations until the state enters the final phase, and that can happen only when there’s a vaccine, an effective and widely available treatment, herd immunity or a sustained drop in cases.

Anxiety is running particularly high for professors who work at colleges in Chicago and Cook County, where the highest number of cases has been recorded. The nearly 5,000 deaths counted in Chicago and Cook County make up well more than half of all coronavirus-related fatalities in Illinois. Chicago Mayor Lori Lightfoot has scolded young residents for flouting precautions, as city data showed that people between 18 and 29 years made up the largest share of positive cases.

At Loyola University Chicago, faculty dissent also appears to have played a role in nudging the school to scale back this fall’s campus activities.

The school announced July 13 that it would limit face-to-face classes and shift most online — a change from prior intentions to provide both on-campus and virtual instruction, depending on a student’s preference. The new decision followed a petition signed by more than 200 faculty members and graduate students calling on administrators to make online teaching the default option for everyone.

In a message to students, Loyola said “feedback through faculty and staff surveys,” scientific data and public health guidance factored into the change.

“As COVID-19 infection rates and deaths continue to increase across numerous states, we share the concerns of our faculty, staff, and broader community,” the message said.

Loyola students returning to live in campus dorms will have their own rooms, must wear masks and will be required to submit to frequent testing and contact tracing. The school was looking to acquire hotel space to accommodate all students who wish to come back. Only courses that involve labs, experiential learning and research will be available on campus.

“We were incredibly heartened by the announcement … yet we didn’t feel like that answers all of our questions,” she said. “We are being told by the university that there are people who want to be on campus — they say it’s only 10% (of the faculty) — but we really want to make sure the people who are being asked to take on their courses are really doing so out of their own agency.”

Another school in the city, Columbia College Chicago, has not reversed its plans for a hybrid semester, despite strong faculty opposition. However, administrators have clarified the college’s position on the faculty accommodations process after union pushback.

Provost Marcella David initially told the faculty that requests for accommodations would be due last Friday, July 24. Diana Vallera, president of the college’s part-time faculty union, said she fought that deadline. David sent an email to faculty members on Thursday clarifying requests could be submitted anytime but encouraged them to submit before Friday to be “better prepared” for the school year.

College spokesperson Lambrini Lukidis said a little more than half of fall semester courses will be fully remote. The other half will be mostly hybrid, with some completely in person. She said this mix “is designed to give students and their families options best suited to their needs and goals, and to address specific pedagogical needs.”

Vallera called the current proportion of remote classes “unacceptable.” She and the union insist only classes that need face-to-face instruction, such as studio and lab classes, should be held in person.

At Columbia College, decisions about course formats were made by the provost’s office and department chairs, Vallera said. However, she said, the faculty wants to see remote learning as the default with the flexibility to “opt in instead of opt out” of in-person teaching.

Vallera contended the current model of requesting accommodations from administration “takes advantage of a situation where we are part-time faculty,” as these instructors may feel pressured to teach in person because their job is not secured by tenure. Vallera also said some part-time faculty members worry about lacking access to health insurance or unemployment benefits if they don’t meet the criteria for remote teaching but still decline to teach in person.

Vallera’s union, along with unions at several other Illinois institutions, held a news conference and released a statement Thursday calling for colleges to commit to remote learning “with few exceptions.” Vallera said the coalition plans to launch a petition and host a town hall with medical professionals soon.

Similar conversations are playing out at college campuses across the country. At the University of Notre Dame in Indiana, a requirement to submit medical documents in order to receive an exemption from in-person teaching has caused an uproar. On the other end of the spectrum, the University of Chicago has said it will allow instructors to teach in whatever mode they prefer.

The state’s largest university is also caught up in the debate. In May, an association of professors at the University of Illinois at Urbana-Champaign issued a statement opposing plans to offer in-person instruction this fall, warning that welcoming students back could create a “super-spreader” event.

But the school forged ahead. Students begin moving into dorms next month, and more than a dozen saliva-based testing centers are supposed to be up and running by then. The school is also asking students to publicly pledge — and share on social media — that they are committed to acting responsibly on campus, including regularly undergoing testing.

More recently, a petition shared in the academic senate called for a debate about the dangers of UIUC’s approach. The petition said the decision to allow up to 53,000 students to return “was made in haste, without the benefit of a full public airing, and particularly the consent of the faculty, who will have to implement these changes. “

20 Ways GH Editors are Staying Sane While Sheltering at Home

Mon Jul 27 , 2020
Photo credit: courtesy From Good Housekeeping The Good Housekeeping staff usually spends hours together devising fun crafts and cooking projects, home decor ideas and cleaning hacks, beauty tips and the best products for, well, everything. We get such joy out of working as a team and then sharing the results […] 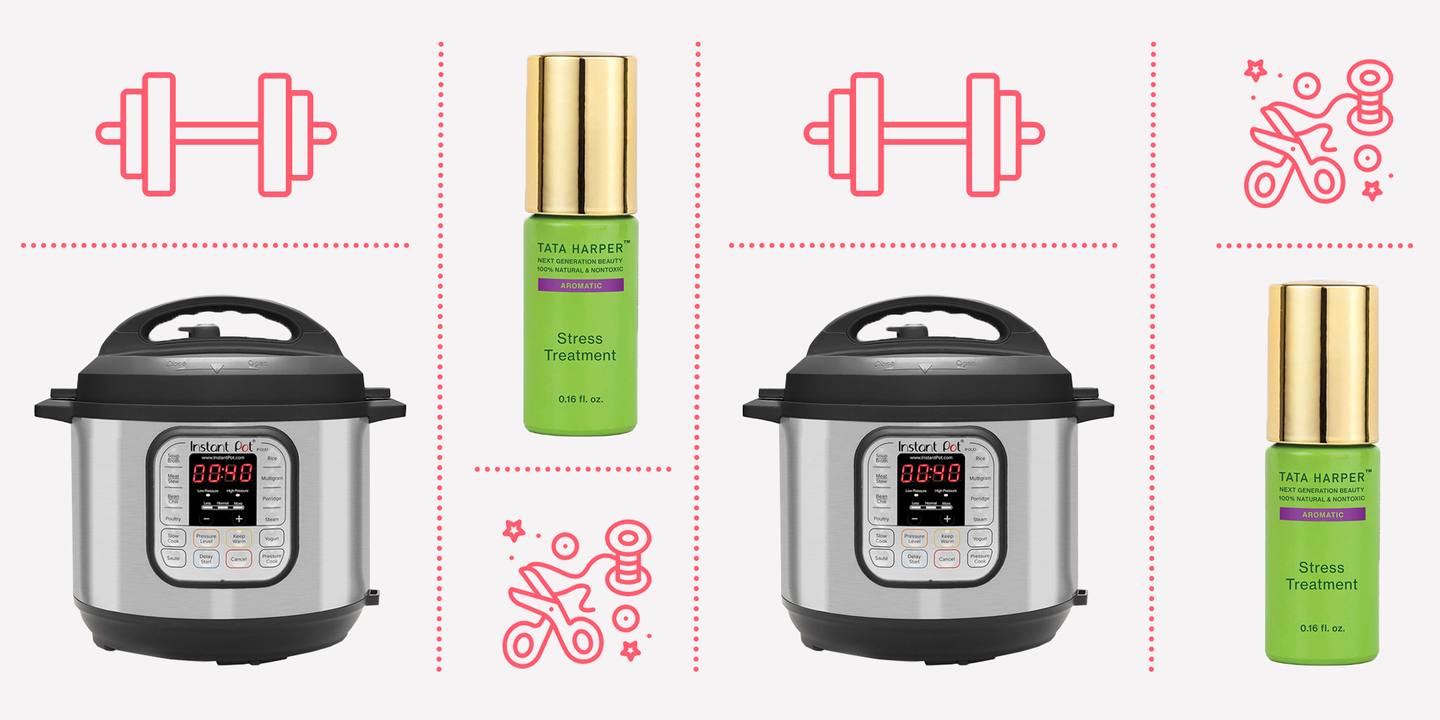