Annie Frodeman often worked 40 hours a week or more — full time by most lights. She just worked them at two jobs.

Four or five mornings a week before the coronavirus outbreak, she worked as an airport ramp agent for Piedmont Airlines in Burlington, Vermont — hoisting bags on and off planes, refilling the water tanks, and sometimes emptying aircraft lavatories — for less than $15 an hour. The rest of the time she signed up for shifts in the emergency room at University of Vermont Medical Center, registering patients for $20 an hour.

While Burlington is expensive, Frodeman said, the two jobs together provided the income and flexibility that she needed to pay her bills while attending graduate school part time. But once the pandemic hit, shifts dried up.

The airline furloughed her. She hoped to make up the hours at the hospital, but soon her 35-45-hour weeks there were cut to a single eight- or four-hour shift. “Last week I didn’t get anything,” she said.

Having multiple jobs is business as usual for millions of Americans. But many cobbled-together employment arrangements that enabled people to get by when the jobless rate was skimming along at record lows collapsed once the pandemic curbed or closed large swaths of the economy.

The economic shock quickly exposed the mismatch between the reality of making a living in 2020 America and the systems built to protect workers. People who rely on paychecks from different employers are already more likely to have shifting schedules and unpredictable weekly paychecks, low hourly wages and the absence of benefits like sick days and health insurance. They are also more likely to be Black, young and without a college degree.

And when hard times hit, they are excluded from regular state unemployment benefits.

“There’s a misfit between the enormous volatility and part-time jobs that make up the ways that people cobble together making money and the system that’s going to cut you a check,” said Susan J. Lambert, a professor at the University of Chicago who studies low-skilled hourly jobs. “The rules of the game have changed,” she said, but protections for workers, like jobless benefits or laws that require advance notice of schedule changes and extra compensation for last-minute switches, have not caught up.

Since the pandemic began, measures meant to kick in when things sour have strained to keep pace. Millions of Americans and their families have lost health insurance tied to their jobs. More than 1 in 4 households with children do not have enough to eat, according to the Hamilton Project, an economic policy arm of the Brookings Institution. Food pantries across the country have been swamped despite an enormous surge in food stamp enrollment.

When economic shutdowns began rolling through the country, Congress focused on the existing unemployment insurance system as the primary vehicle for assistance. Lawmakers moved quickly to fill in some of the holes and created the Pandemic Unemployment Assistance program, a temporary benefit for the ranks of freelancers and part-timers, as well as contract, self-employed and gig workers, who are ineligible for normal state benefits.

The emergency federal program, which expires at the end of the year, provided a lifeline for millions of people, but it has struggled with a slow rollout and complicated rules, as well as overburdened administrators and computers. Organized fraud has further bedeviled the process.

Frodeman, who applied in May, still has not received her first check. Fortunately, she said, her furlough at Piedmont ended and she picked up 14 hours a week at the airport.

She and her fiancé had been putting away money for their wedding, so they have a cushion.

“But I do wonder what happens to people in my position who don’t have the money we saved for our wedding,” she said.

Just how many people juggle two or more part-time jobs or pick up a side gig like driving for Lyft in addition to a full-time job is fuzzy. Official figures from the Bureau of Labor Statistics that are based on surveys show that a tiny slice of workers — about 5% — fall into this group, but several economists say the measurement suffers from an outdated definition of what constitutes paid work and misleading assumptions about work schedules.

The bureau asks about work only in a specific reference week, for instance, which may not capture contract workers and freelancers with shifting schedules. Nor does it count self-employed individuals who do more than one job.

“What we have been discovering is that the BLS numbers are just not telling the full story,” said Hye Jin Rho, an economist at the Center for Economic and Policy Research, a left-leaning research group in Washington, who recently completed a study of multiple job holders. The researchers found that as much as 16% of the American workforce — more than 26 million people — depends on multiple jobs for income.

Adam Ozimek, chief economist at Upwork, an online platform for hiring freelancers, who also studies people with multiple jobs, argues that the total is even higher — that 35% of workers do some sort of freelancing over the course of a year. “Self-employment has always been a feature of the modern American economy,” he said, it just has not been recognized by official measures or policies.

The difficulties facing these workers have multiplied during the pandemic.

The current political fight over whether to extend a $600 weekly jobless benefit supplement — which expires at the end of this month — overlooks the total financial toll that the pandemic has taken on households, some economists contend.

“What I think is lacking from the conversation about unemployment now is that you may not have lost your main job, but you have lost your secondary job and you can’t file an unemployment claim for it,” Rho said. “You’re suffering financially, but there’s no other way of making that up.”

Republicans in Congress have opposed extending the supplement because that extra money meant most recipients were getting more than they would have earned while working their regular job.

Several economists, though, have argued that the payments have kept the economy functioning by giving consumers money to spend. In most states, regular state benefits replace less than half of lost wages, and the Pandemic Unemployment Assistance benefit is half of that average state benefit. What’s more, there are at least 20 million people unemployed but only 5 million job openings.

Nick Pennell had just completed an eight-month contract as a color designer for footwear at Nike in Portland, Oregon, on March 13.

“That was the Friday when all hell broke loose,” because of surging coronavirus cases, Pennell said.

On the following Monday, he was laid off from the part-time, minimum-wage pizzeria job that he used to supplement his income.

He filed for unemployment benefits for his pizzeria job, but could not put in a claim for the much-better-paid stint at Nike since that had officially ended the day the state shut down. He applied under the Pandemic Unemployment Assistance program and waited three months for his first check. It came in June, after the state’s National Guard was deployed to the employment department to help clear the backlog.

With help from his family and a small disability benefit from his time in the military, Pennell, 31, managed to pay his bills while he waited.

“I kept doing job searches for freelance design work — nothing was working there,” he said.

He is now working part time at the pizzeria again, cooking and delivering food.

As for his accumulated jobless benefits, he has stashed them in his bank account, a buffer for the next time works runs out.

Can You Get COVID Again? It's Very Unlikely, Experts Say

Thu Jul 23 , 2020
Megan Kent near her home in Salem, Mass., on July 17, 2020. (Kayana Szymczak/The New York Times) The anecdotes are alarming. A woman in Los Angeles seemed to recover from COVID-19 but weeks later took a turn for the worse and tested positive again. A New Jersey doctor claimed several […] 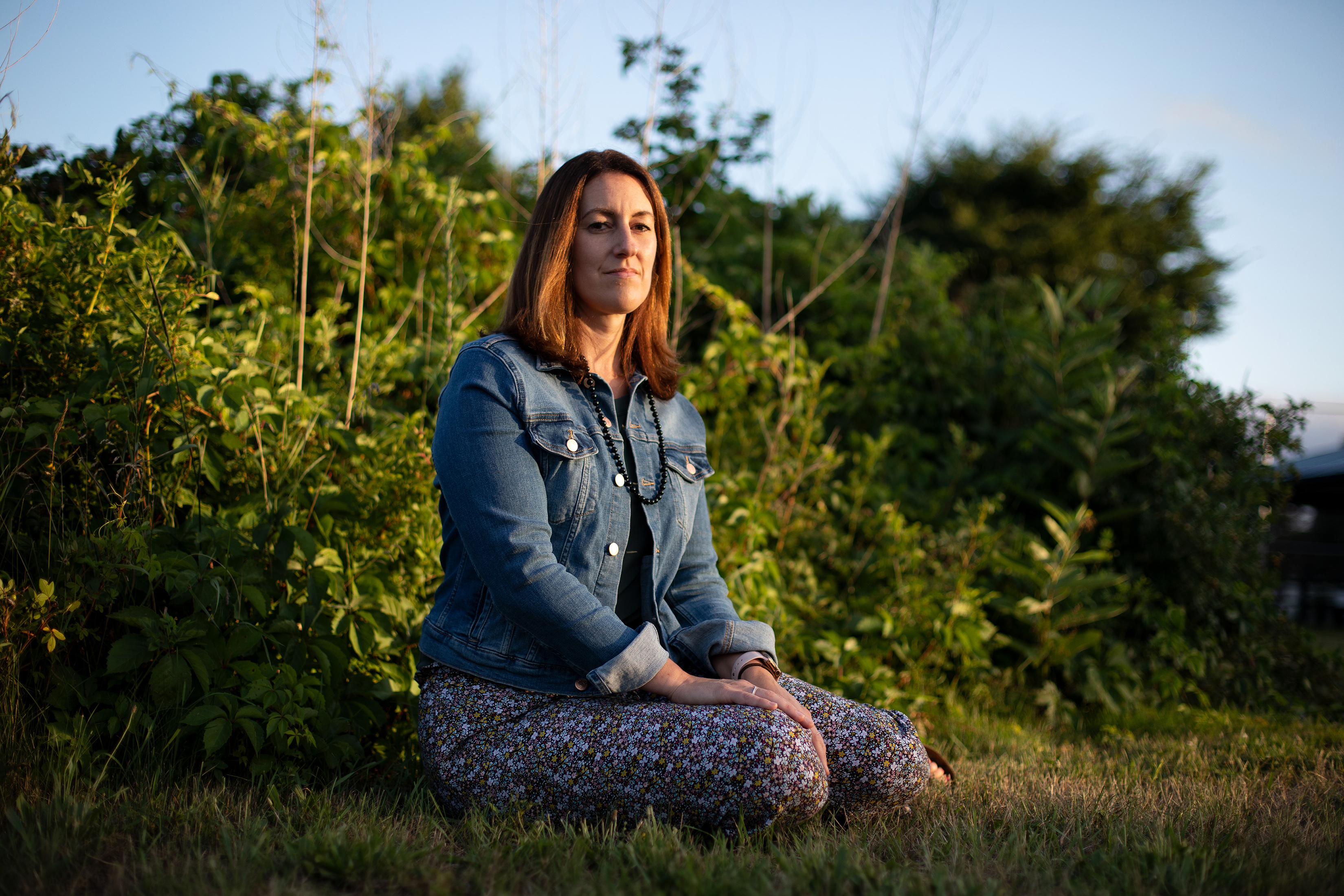