I’m aware that my local park is lightly speckled with cigarette butts. And I know that among the grass lurks the occasional surreptitious coil of dog mess. These are not ideal conditions for walking around barefoot, yet that’s what I’ve been doing, occasionally, these last few months.

Back at the start of lockdown, we were allowed a single walk a day. We’d had enough sun to make it fairly warm outdoors, but not so much that the grass had become straw-coloured and brittle.

To slip off my flip-flops and briefly feel the earth underfoot, padding around London Fields like a ­hairless-footed hobbit, felt eccentric. But it also felt nice, for reasons about which I was curious. Could this be a low-impact, low-effort lifestyle intervention? And was it worth the risk of looking weird and stepping in poo?

My enlightenment began with Sue Stuart-Smith’s excellent The Well Gardened Mind, which explains ways in which cultivating plants is good for us. Along the way, Stuart-Smith refers to the types of soil bacteria that seem to provoke the human brain to release serotonin.

This is an ancient, synergistic relationship at work. Humans like the scent of wet soil, which partially derives from the activity of bacteria called actinomycetes, because it suggests there might be fruitful foraging nearby.

Bacteria such as Mycobacterium vaccae, which prompt the ­serotonin reaction, thrive when there are humans around, perhaps because our activity – foraging, digging, planting, producing the very kinds of mess that I was taking such pains to avoid treading in – makes the soil more hospitable for them.

Maybe soil-eating infants have had the right idea all along. I was further intrigued by my discovery, online, that walking around barefoot outside has a name – “grounding”, sometimes “earthing” – and a bold supporting theory.

The theory is this: the earth is negatively charged, and direct contact with it allays the build-up of positive charge within the human body. This neutralises free radicals, which are molecules lacking an electron and liable to ­damage tissue. This process of charge neutralisation, which has been denied to modern humans by innovations such as shoes and floors, ultimately helps us sleep better, avoid illness, and live longer.

“I thought grounding was woo-woo and BS,” Tim Gray told me. Gray is a biohacker, which means he adopts and advocates unusual methods of improving one’s health. These methods include wearing orange goggles in the evening (to block artificial and sleep-disrupting blue light), using cast-iron skillets instead of non-stick pans (to avoid ingesting harmful chemicals), and customising his nutrition (grass-fed meat, lots of vegetables, and ­absolutely no processed food) for his body, whose insulin response he measures via an implanted device.

So Gray had thought grounding was hokum, but then he read about experiments in its favour. And then he used a multimeter to test his body’s voltage before and during grounding. “And that’s why I believed it.”

Gray told me he is grounded for 80 per cent of his day, whether it’s on the grass, using a grounded bedsheet or pillowcase, or via the earthing straps on his shoes. “It’s free, it doesn’t harm us, and it can be quantified,” he said.

I looked up the research, which doesn’t appear in mainstream journals, tends to be small-scale, and whose authors, as a Skeptic magazine debunking pointed out, often (though not always) have links to companies selling special kit – e.g. bedsheets – with which to ground yourself indoors.

Then again, when I spoke to several scientists, I was surprised by their open-mindedness.

A physicist told me that while there were “elements of rubbish” to the discourse around grounding, it was at the very least true that human bodies can become more or less charged by touching large objects of different charges, such as the earth. Whether this has any effect on brain or body function, he didn’t know.

I then spoke to Prof Christopher Lowry, who helped author the original study on Mycobacterium vaccae. Prof Lowry, of the University of Colorado, was much more certain of the benefits of soil bacteria (“old friends”, as scientists now like to call them) than of grounding, but wondered whether grounding might affect electrogenic bacteria in our gut, and through them our mood and health.

“It’s only speculation, but it could be an interesting line of inquiry,” he said. “A lot of this stuff is correlative, so it does need interpreting with caution. One thing I’ve learned over the last few years is that everything is connected. Change at the atomic level affects the molecular level and all the way up to society and other complex webs of interaction. So I wouldn’t be surprised if this kind of electron transfer had a cascading effect.”

Exciting bacteria stuff aside, the most important thing to say here is that the quality of the grounding research is not sufficient to justify its proponents’ claims.

But another important thing to say here is that contact with nature is beneficial to us in ways whose ­mechanisms we are still only beginning to understand. So I will continue, when the mood takes me, to occasionally remove my flip-flops in the park. In my attempt to joylessly anatomise the pleasure of a brief barefoot walk, I have learnt nothing that is going to stop me enjoying it.

Mon Jul 13 , 2020
Recent coronavirus outbreaks have been linked to fraternities at universities in Washington, California and Mississippi, and experts say it’s an example of what’s to come as many colleges reopen for in-person classes beginning in August. At least 136 fraternity house residents and nine other students at the University of Washington […] 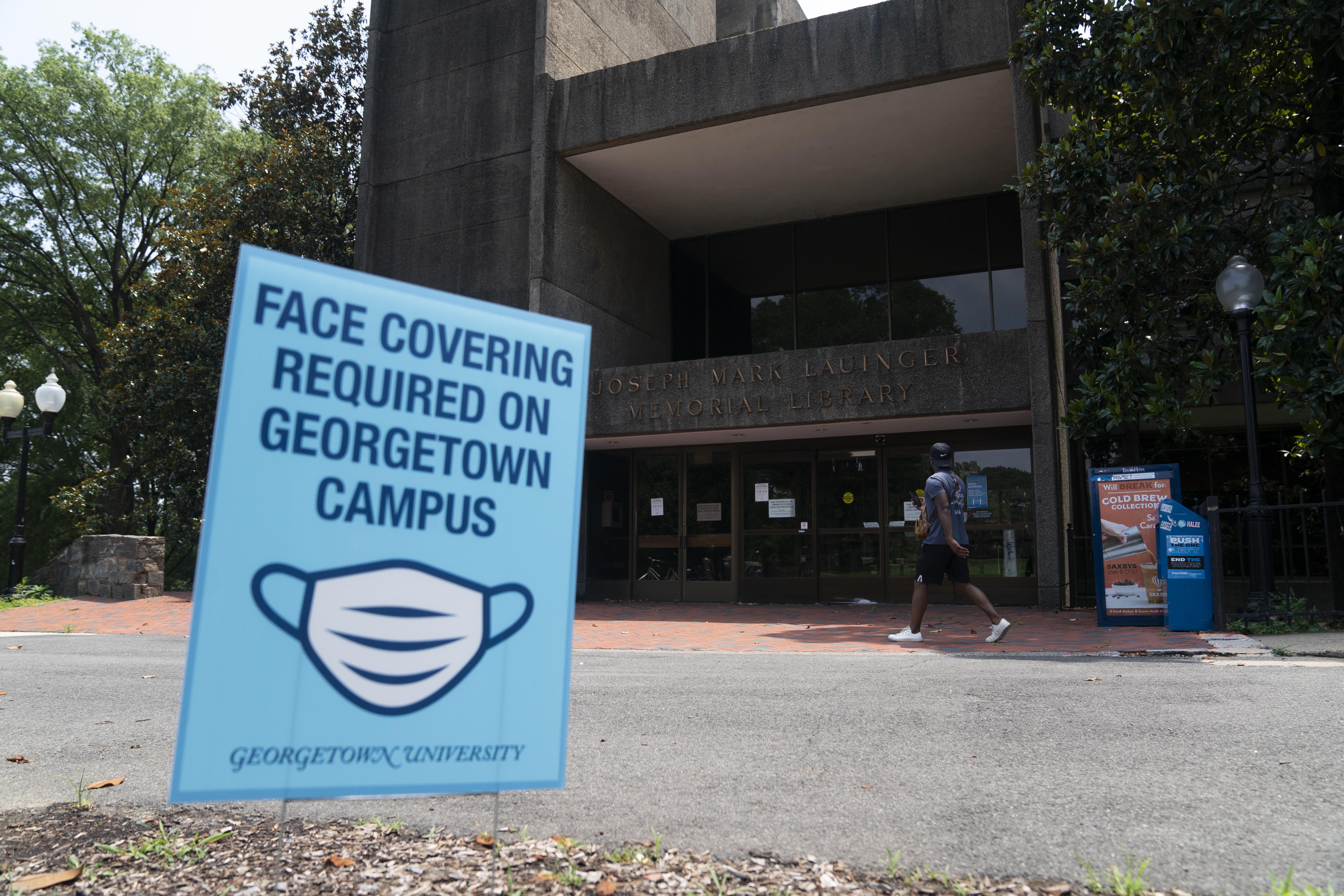