Kayleigh Rennix has never struggled to find work before. The HR manager from Essex was earning close to £40,000 working in the education sector before she resigned in March, fearing her role was at risk. Since then she’s applied for dozens of jobs, but has had little interest from employers.

“As my leaving date approached, coronavirus reared its ugly head. I would say I’ve applied for more than 100 jobs and not had many call backs,” she says.

Kayleigh had planned to find a new job quickly and restart work in May, after a holiday in Italy.

But the coronavirus pandemic put paid to those plans. Now the 34-year-old has found herself relying on benefit payments for the first time in her life, and expects to move back in with her parents when her tenancy expires later in the summer.

“My rent is £900 a month and my universal credit is £740, so it’s been quite stressful. I’m really grateful for relationships with my friends and family. My dad gave me some money for some food. It’s been a rollercoaster really.”

Kayleigh is among the millions of unemployed people who’ve found themselves looking for work during the UK’s worst economic slump on record.

Claims for universal credit, the benefit for working-age people, hit a record monthly level in the early weeks of lockdown.

There are fears young people could be the worst hit.

Twenty-one-year-old Kevon McPherson of Hitchin, Hertfordshire has been looking for work since he moved out of his foster home in December.

“I’ve been applying for absolutely everywhere, from dog-walking jobs to becoming a care support worker looking after the elderly,” he says.

Jobcentre staff directed Kevon to a course with the youth charity the Prince’s Trust, which placed him with his local fire station.

With his mind made up that a career in firefighting was for him, Kevon was preparing to take the necessary entrance exams and begin applying for firefighting positions when the Covid-19 outbreak put everything on hold.

“The firefighters were really happy to have me. I beat the instructors at the bleep test [for fitness],” he says.

“They said, ‘Once you’ve done your firefighting test, come back to us.’ But once the coronavirus hit, I was told we’ll pick it up later. I’m a bit worried.”

Marcin Mazurkiewicz had just started a new job as a groundskeeper at a holiday park in Argyll in western Scotland when the UK went into lockdown in March. Because he’d only been in the role for one and a half weeks, Marcin’s employer wasn’t able to put him on furlough, so he went back to stay with family in Poland.

“In the media, they said there is a massive demand for workers like this, but that doesn’t seem to be true anymore,” he says.

“I found one job for fruit picking one day after it was posted online, and there was information saying they were not taking any more applications because it was filled immediately.

“I’m very worried because my life is more in the UK than Poland. I want to return to education and stay there for good.”

He started a Facebook group hoping to connect people looking for work with jobs on British farms.

He contacted more than 100 farms, but has only managed to provide positions for two of the 1,000 people who have joined his group, called UK Farm Pickers Needed.

“On a daily basis I get 10-15 messages through the group from people asking for work. I have a telephone number on the page so I have text messages day after day from people, and emails, people send me their CVs.

“I’ve basically had to say many times there just isn’t anything at the moment, and that next season starts in July and they need to try then.”

While demand for farm workers has slowed, there are some industries that have rapidly ramped up recruitment during the pandemic.

Supermarkets have been on a hiring spree, as demand for groceries surged.

It’s something Claire Leaman, 43, has taken advantage of. Before the coronavirus crisis, Claire ran her own business, offering business development services to property and construction firms.

As the UK went into lockdown, her business lost two major clients and Claire panicked.

She took a job at Tesco in south Manchester, ensuring there was a safe distance between customers in the aisles. Then the supermarket offered her a job as a picker filling online orders, which have doubled during the pandemic.

Claire says the job has paid the bills, but she plans to leave as soon as she can get her business up and running again.

“In this job you’re part of everything that’s happening with the pandemic. You’re a key worker and I suppose that’s satisfying,” she says.

“But it has been a little bit of a worry because you’re around a vast amount of people and not everybody understands social distancing, so if I’m going to get the virus, I’m going to get it here, working at Tesco.”

Tips for searching for jobs in lockdown

Currently, the industry with the most jobs being advertised is IT, according to the recruitment firm Totaljobs.

That’s good news for 24-year-old Londoner, Megan Schiviano. At the beginning of June, she was made redundant from her job recruiting sales staff for software firms.

But her experience in the tech sector, combined with the recent boom in e-commerce, has put her in a strong position, she says.

In just one week she’s already had interviews with five different firms.

“There’s naturally going to be a lot more candidates than there are jobs, but I know what’s asked and how to interview as I’ve been training people how to do it for the last three years,” she says.

“I’m quite a positive person. I wouldn’t say I’m in a bad situation.”

Here’s Where to Buy Face Masks for Kids Online

Mon Jun 15 , 2020
I’ve been enjoying ’round-the-clock family time with my two girls since quarantine began, spending our time just outside New York City. Face masks for kids are essential, since our social distance outings have been walks on the beach, neighborhood strolls, and drive-by hellos past our family and friends’ homes. As […] 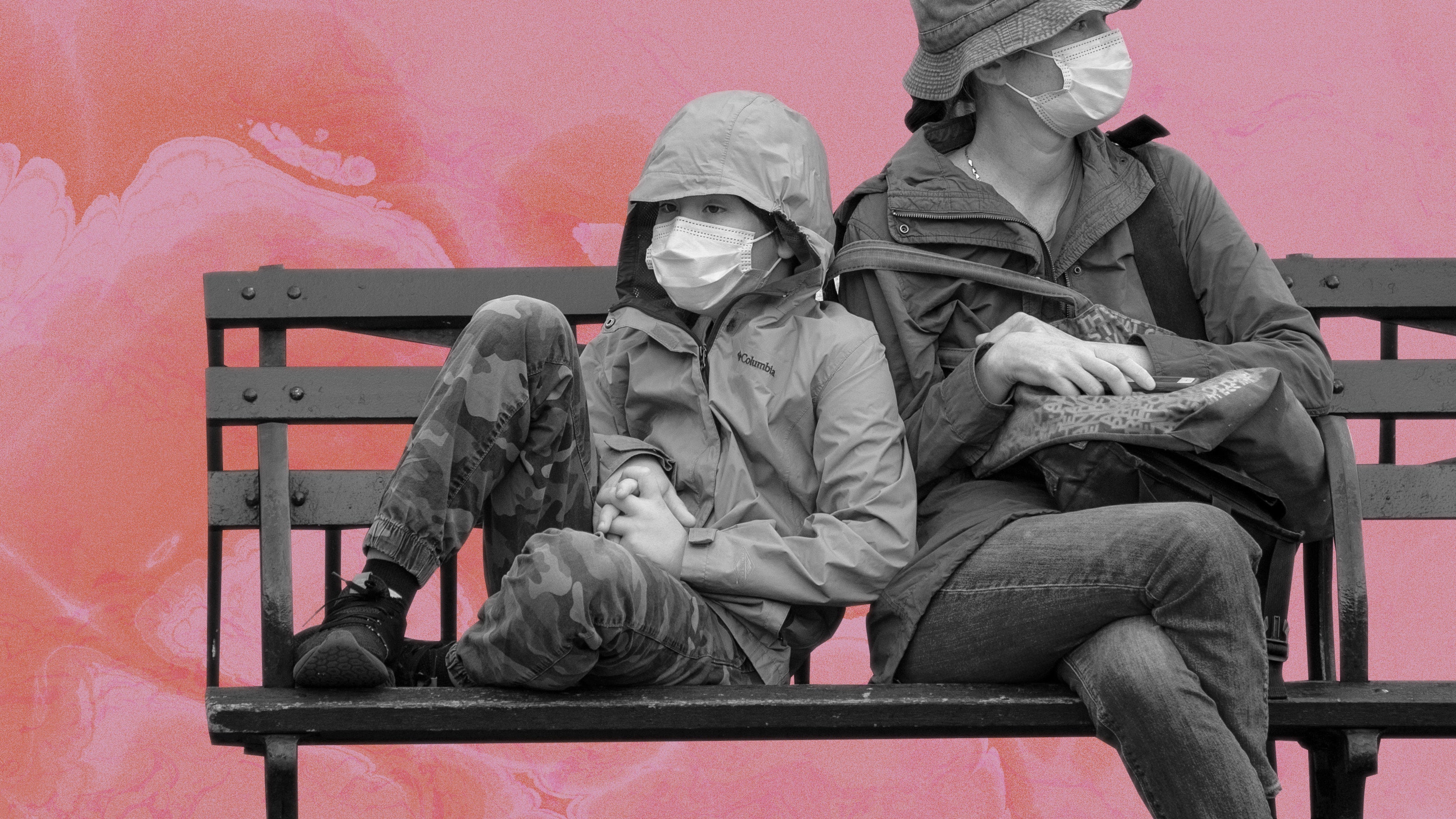