The coronavirus pandemic has not only scuppered global economies and the entire fashion industry, it has also left customers in the grip of anxiety and fear.

During the months of lockdown enforced in almost every country, the online world promised to represent a safe haven for people in quarantine to spend their time scrolling down their Instagram feeds, and hopefully find some inspiring and enlivening content.

Marta Pozzan, an Italian influencer who moved to Los Angeles eight years ago to attend an acting class and has stayed there ever since, understood that, as a content creator, her role should and could be to address topics and subjects that felt more intimate and meaningful. Tapping into new means and technologies — including VR — in a quest not only for diversification but also for the spread of positive messages also emerged as a priority.

Counting more than 400,000 followers on Instagram and with a growing audience on TikTok, Pozzan did not necessarily need to make up for lost partnerships during lockdown. Rather, she wanted to engage more with her fans.

“I like to partake in projects that can tell a story. Yes, products can definitely bear a message but that’s not enough and I’m happy when labels endorse talents to spread a [positive] message,” the digital talent said, speaking from her home in L.A.

“I always compare enjoying social media to watching a movie, which I expect will teach me something and the same applies to reading, but also to online platforms,” she noted.

Self-billed as a mental health advocate, as her Instagram’s bio reads, Pozzan hosted a few Instagram Live sessions during quarantine, some in partnership with brands and retailers including BCBG Max Azria, PacSun and Favour Gum, inviting experts to join her and foster the conversation around the anxieties and fears her audience was grappling with.

“I’m a mental health advocate and I’m really interested in a holistic idea of well-being,” she explained.

“We forget quite early, as children, to be self-confident because we’re constantly reminded about what not to do, so we end up internalizing a list of don’ts — don’t be like that, don’t do this. On the contrary, I think you should always listen to your true self and be brave enough to stand up for who you are. This is also very helpful from a professional standpoint,” she contended.

To this end, she combined her message of self-confidence and hope with a penchant for exploring new technologies, including VR, by releasing a short movie called “Turn on the Light.”

Developed by artists-brothers Nick Routledge, best known as Nicky Night Time, and Elliott Routledge, the film features a digitized but still human avatar version of Pozzan, who is seen moving to the beat of electro music.

The creative team involved working remotely from Italy, Australia, the U.K. and the U.S. so that the project — a pilot that has already drawn the attention of potential partner brands for future iterations — came to light.

Pozzan came up with the idea of interspersing the visual movie with quotes taken from David Lynch’s book “Catching the Big Fish,” in which the director explains the inspirations behind his movies. “He’s a guru to me, he runs a meditation school and I’ve been an avid reader of his book,” explained Pozzan, who in the short film is heard repeating a quote from the tome: “Don’t fight the darkness, don’t even worry about the darkness, turn on the light and the darkness goes.”

“We were and are living hard and dark times, but one can find effective resources from within, just by turning on the light … Everybody was really in an upset mood in these past months and my message of positivity struck a chord,” she noted. The movie’s transition from dark to lighter colors echoes the philosophical undercurrent of the project.

Pozzan created an Instagram filter to mark the launch of the movie, which resonated with her younger audience and gave her a new reason to be hopeful for her sector’s ability to survive the aftermath of the pandemic, by leveraging new topics and technologies.

“Staying consistent with the times we’re living in requires opening up one’s horizons and understanding the value of a cultural discourse that is always projected towards the future,” she noted.

Along the same lines, the influencer is planning a series of collaborations, by way of Zoom workshops and webinars, with Girl Powerful, a U.S.-based youth empowerment organization, cofounded by sisters Tedi and Sonya Serge, designed to give tween and teen girls the social and emotional learning tools to build a strong sense of self. Additionally, she was invited by Italian actor and director Guglielmo Poggi to star in his short movie called “Next One” centered on violence against women.

Moving past the glossy and lifestyle or fashion images traditionally offered by influencers is pivotal in establishing a sense of intimacy and community, Pozzan mused.

For example, she has been quite vocal in supporting the Black Lives Matter movement set off by the police killings of George Floyd, Breonna Taylor and Tony McDade, among many others. As a sign of support, she is opening up her Instagram profile to a range of Black and POC friends “to give them a voice and a platform to express,” she explained, comparing the cultural resonance and impact of the protests to the #MeToo movement.

“If a person is not constantly reminded that there’s room for everybody in this world, we risk stumbling into serious issues,” Pozzan said. In her view this should apply to the fashion community, too, which has always marginalized people that didn’t embody a given stereotype.

As nationwide protests about systemic racism in the U.S. and elsewhere were mounting, the digital talent felt inadequate and unarmed.

“I did not know much about systemic racism going on here, because the situation in Italy, my native country, has been — also historically — quite different. I was scared thinking about Black people having to deal with such an everyday sense of fear. I tried to inform myself as much as I could to really understand the reach of this issue.”

Pozzan believes a difference can be made through social media, where a number of voices from different races, sexual orientations and cultural beliefs are all represented. Digital platforms, she said, have the huge potential to bring an inclusive bent into the broader cultural conversation.

“A content creator today should always spread messages of inclusivity because we’re all different and fortunately so,” she concluded.

Wed Jun 24 , 2020
Florida’s Department of Health on Wednesday confirmed 5,508 additional cases of COVID-19, setting another daily total record high since the start of the pandemic. The state now has a total of 109,014 confirmed cases. Previously, the highest daily total of newly confirmed cases was on Saturday, with 4,049. There were […] 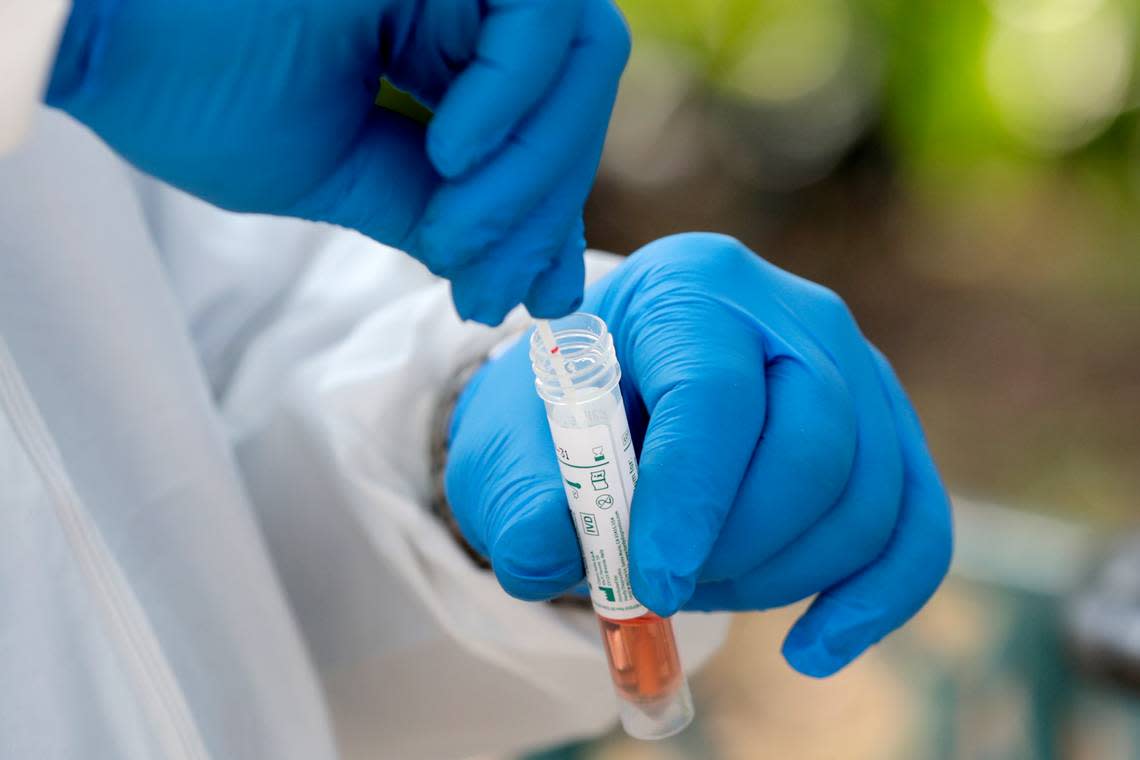