Jim Perkins is a major in the Army Reserve’s 75th Innovation Command. He served on active duty for 11 years and now works in technology in Seattle. He tweets at @jim_perkins1.

What does a leader look like? What gender and race are they? According to illustrations in the Army’s own manual regulating promotion photographs, you could easily infer that a leader is a white man in combat arms with the last name Atkinson. He doesn’t wear glasses, and his subordinates are women and people of color with names like Marinez and Villalobo. Seriously.

Last week, Defense Secretary Mark Esper proposed removing official photos from board files in an effort to reduce systemic bias. In his remarks, he noted this was something he had advocated as secretary of the Army and further added, “The military led the nation on ending segregation after World War II. … We all agreed it is time to lead once again on this issue.”

Mr. Secretary, I’m certain that, as a former business executive, you’re aware of Title VII of the Civil Rights Act of 1964, and I’m sure that, as a former infantryman, you know that you can’t lead from behind.

Official photos were not created to give white men an advantage, but it takes only an 8th grade education to recognize that indicators of gender and race do just that. American society internalizes racism and gender stereotypes in young children. Your Manpower offices already have the data showing you that this is the right move. Gender and race should not be in promotion and selection board files.

Bias in hiring and promotion decisions has been well documented. Top-performing companies care about expertise, relevant experience and recent performance. They seek to measure what matters and promote those people who deliver it.

There should be no question about the need to address systemic bias in the military. The Defense Department’s own data appears to bear this out: Whites make up 69% of the force but 88% of flag officers.

It’s a sign of how poor our talent management system is when photographs are a relevant factor in decision making. The Army’s Battalion Command Assessment Program recently showed just how flawed our current system is, as candidates jumped from last to first when assessed in a new, more nuanced process that included a double-blind panel interview. The Defense Department collects volumes of data about each service member — including complete health records — and yet we’re debating whether to include photos?

According to the Army, Marine Corps and Navy — the three services that include images — an official photo is supposed to show “military bearing.” Military lore suggests that the photo demonstrates a soldier’s discipline and precision to uniform regulations, but even four-star generals with aides make mistakes on national TV.

In the relevant Army doctrine ADP 6-22, military bearing is a catch-all term for qualities including fitness, courtesy and confidence. In other words, military bearing is an action, not a trait. So, at best, a photo is a weak proxy for fitness, physique and other attributes that are already assessed repeatedly and explicitly in the candidate’s file: PT scores, height, weight, appearance and demeanor.

Fitness standards tell us what’s acceptable. If we want fitter people, we need to raise fitness standards. If we’re worried that people are lying about fitness data, that’s a bigger problem than photos.

What does a picture actually show?

It shows badges and awards, many of which are earned early in a career. And it may show a few past units (overseas service and special staff assignments). All of this is already in written form in the file; a picture just reinforces availability bias. A picture also shows gender, race, skin color, pregnancy, hairstyle, glasses, facial expressions, physique and wounds or scars.

We also know photos are imperfect. There are online guides about how to adjust your uniform specifically for a photo. Photos are not updated while the service member is deployed or in a remote location such as graduate school, ROTC cadre or embassy assignment. Assuming a pregnant woman has no miscarriages, she is exempt from the photo for 15 months. While it’s possible to mask hands and face to reduce certain biases, there is no getting around the obvious gender indication from a uniform.

Photos also show nothing about a person’s recent performance. Should a male major in acquisitions have a leg up on his female competition for lieutenant colonel because he went to Ranger School and earned a Combat Infantry Badge as a lieutenant 10 years ago? No, but he does.

More importantly, what doesn’t a picture show? It doesn’t show academic achievement — you can get a badge for two weeks of training with helicopters, but not for a Ph.D. — or technical certifications and language proficiency. Senior Chief Petty Officer Shannon Kent was every bit the warrior her husband is, but she had no tab, trident or beret.

It should be unsurprising that the Air Force does not include photos in board files, and the service has had more success with diversity at senior levels. (The Air Force also discourages using gender pronouns in evaluations and removes race/gender from board files.) Meanwhile the Army and Marine Corps do include that information, and have the lowest proportion of female members, some of the lowest rates of minority members in senior and officer ranks — and the highest rates of sexual assault reports, according to the most recent data.

America’s first woman to earn a fourth star, retired Army Gen. Ann Dunwoody, titled her memoir “A Higher Standard” in a not-subtle nod to the discrimination she faced as a woman in the military — a message that the incoming Chief of Staff of the Air Force, Gen. Charles “CQ” Brown, echoed in a recent video.

You can’t tell much about a person from a photograph, but you can tell a lot about a person by their action or inaction. In this context, official photos in board files tell us nothing about the subjects, but their continued presence shows the lack of integrity and moral courage among our senior leaders.

The senior leaders who were selected to the highest ranks got there by echoing doctrine and may believe there is value in these photos. They’re nearly all white men, and to question the system that selected them for greatness is to doubt their own greatness. I cannot, however, make the same excuse for our senior civilian leadership.

If you truly want to lead, just use the diversity office you have and hold people accountable. Don’t ask the troops; ask your most vulnerable troops. Don’t expect an organization that’s majority white and male to be attuned to all of the systemic bias.

It’s time to remove photos and other overt indicators of gender and race from board files.

— The opinions expressed in this op-ed are those of the author and do not necessarily reflect the views of Military.com. If you would like to submit your own commentary, please send your article to [email protected] for consideration.

Fri Jun 26 , 2020
After becoming the first national motorsports series to race again during the novel coronavirus (COVID-19) pandemic, the World of Outlaws will become the first to race with full grandstands. And in holding a July 2-4 holiday extravaganza at Cedar Lake Speedway in New Richmond, Wisconsin, the Outlaws will roll out […] 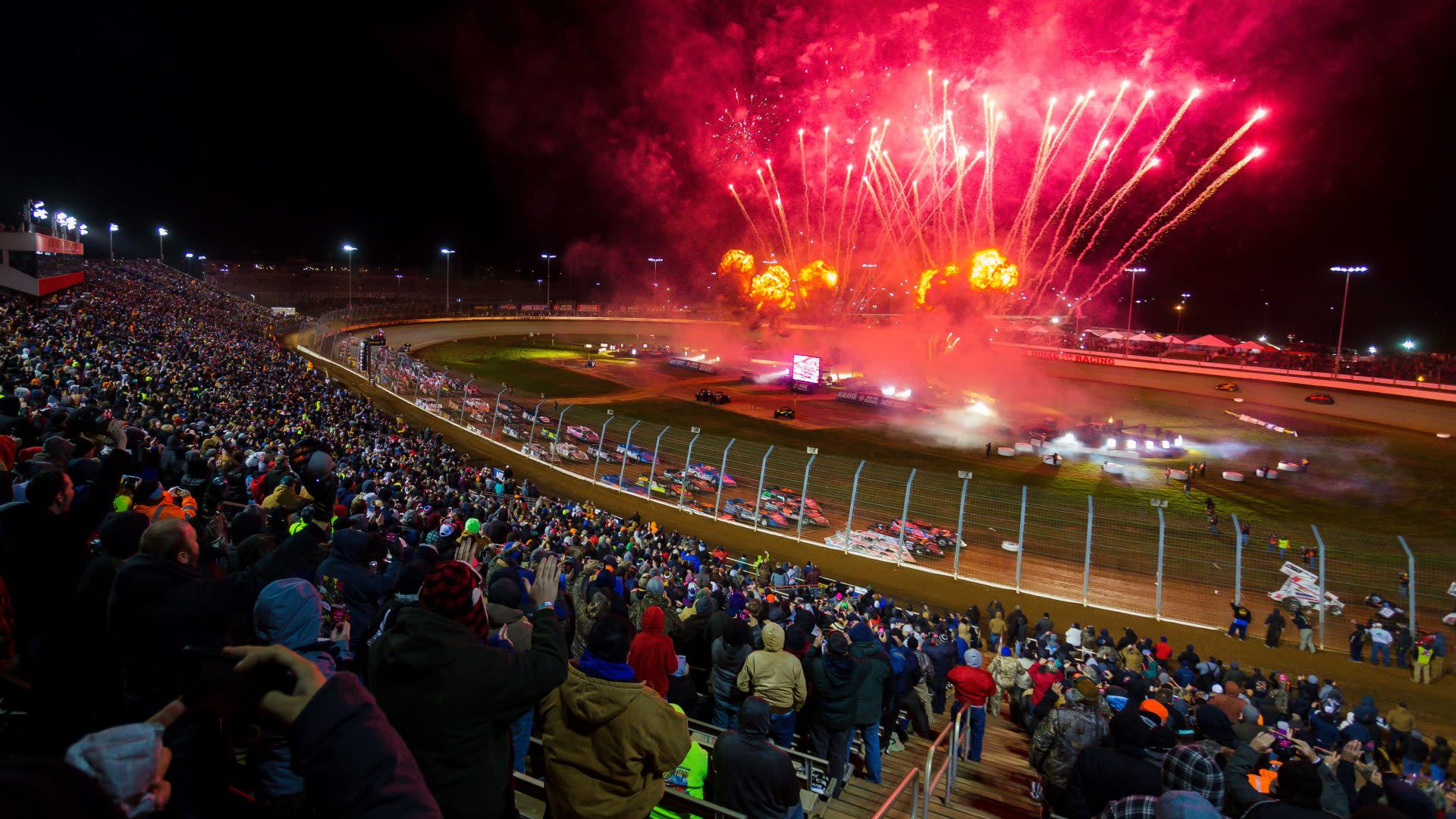