Presumptive Democratic nominee Joe Biden is in a stronger position with young voters than Hillary Clinton was at a similar point during the presidential race in 2016, according to a new survey that shows President Donald Trump remains massively unpopular with young people.

The survey, conducted by the Democratic polling firm Global Strategy Group and paid for by the progressive group NextGen America, found Biden attracting the support of 51% of voters ages 18 to 34 who are registered to vote or considering registering. Just 29% are backing Trump, with 6% backing third party candidates, 9% undecided and 5% saying they wouldn’t vote.

Among the likeliest young voters, Biden earned 56% of the vote, compared with Trump’s 31%.

A similar 2016 poll tracking the matchup between Clinton and Trump in battleground states found a whopping 22% of voters ages 18 to 34 planning on voting for third party candidates, with Clinton earning just 42% of the vote.

NextGen America, funded by billionaire Democratic donor Tom Steyer, has promised to spend $40 million turning out young voters to back Biden and Democratic Senate candidates in the November election. The group has started running digital ads highlighting policy differences between Trump and Biden, designed to combat perceptions that both parties are the same.

The poll and related research from NextGen make it clear Biden can gain even more ground among millennial and Generation Z voters. The former vice president is underperforming both the generic congressional ballot and Trump’s disapproval levels, with independent voters, supporters of Vermont Sen. Bernie Sanders and voters aged 18 to 24 remaining skeptical of him.

Global Strategy Group conducted the online poll of 3,000 people, including a subsample of 1109 voters who preferred Sanders over Biden in the primary, from May 21 to June 3, 2020. The margin of error is plus or minus 3.1 percentage points.

In particular, many young voters had concerns about Tara Reade’s accusation of sexual assault against Biden, worried about his mental fitness for the presidency and generally saw him as a standard-issue career politician unlikely to stand up to corporate interests.

“Biden is at a better spot at this point than Hillary was in 2016, on pretty much every metric you can think of,” said Ben Wessel, executive director of NextGen America. “Old is way, way better than liar.”

The poll shows that the Biden campaign’s efforts to contrast his policy positions with Trump’s are effective, Wessel said, but simply attacking the president has done little to move recalcitrant voters to Biden’s side.

“We still need to define Biden. He’s a blank slate right now,” Wessel said. “We have to show people who he is, and more importantly, who he isn’t.”

The research identified three groups of persuadable young voters, representing about one-third of all potential voters aged 18 to 34: About 16% of the group are “weak Biden” voters, who plan to back him but could be swayed by messaging highlighting Biden’s weaknesses. They tend to be diverse, liberal, female and to identify with the Democratic Party. They’re usually open to learning more about Biden.

Two smaller groups might be tougher sells for Biden: “Potential Biden” voters represent about 9% of the youth electorate, and either plan to vote for third party candidates or sit out the election. They tend to be disdainful of both parties, but are fans of Sanders and former President Barack Obama.

“Weak Trump” voters make up about 9% of the youth electorate, and are currently planning on casting ballots for Trump. Often young men enrolled in college, they identify as Republican and tend to live in urban or suburban areas. They disagree with Trump and the GOP on climate change and racial justice issues.

Wessel said Democrats need to deploy three Bs to win over young voters: Barack Obama, Bernie Sanders and the Black Lives Matter movement. Obama and his wife Michelle were the two most popular figures in the poll, followed by Black Lives Matter and Sanders.

The poll also tested the favorability of two potential vice presidential selections for Biden. Significant chunks of young voters didn’t know enough about either Massachusetts Sen. Elizabeth Warren or California Sen. Kamala Harris in order to form an opinion, and neither was particularly popular with young voters overall.

A message showing Biden is willing to listen to young people by highlighting some of his policy shifts on student debt and climate change were also effective. (The Biden campaign is trying out similar messages, including a recent campaign video that featured him discussing police brutality with a young field organizer.)

“The more we can show people Biden is willing to listen and willing to grow, the more young people will be willing to vote for him,” Wessel said.

Trump Says He Gave Out 1 Million Tickets To His Tulsa Rally. That Means 980,801 Fans Won’t Fit.

Joe Biden Has Problems He Can’t Solve From His Basement

Joe Biden And The DNC Raised $80 Million In May

This article originally appeared on HuffPost.

Thu Jun 18 , 2020
With more than 45 million people unemployed and businesses shut down in every state, COVID-19 has taken a crippling toll on America’s economic health. For many small businesses, which comprise 47% of private-sector payrolls in the U.S., according to the Small Business and Entrepreneurship Council, the sudden economic downturn has […] 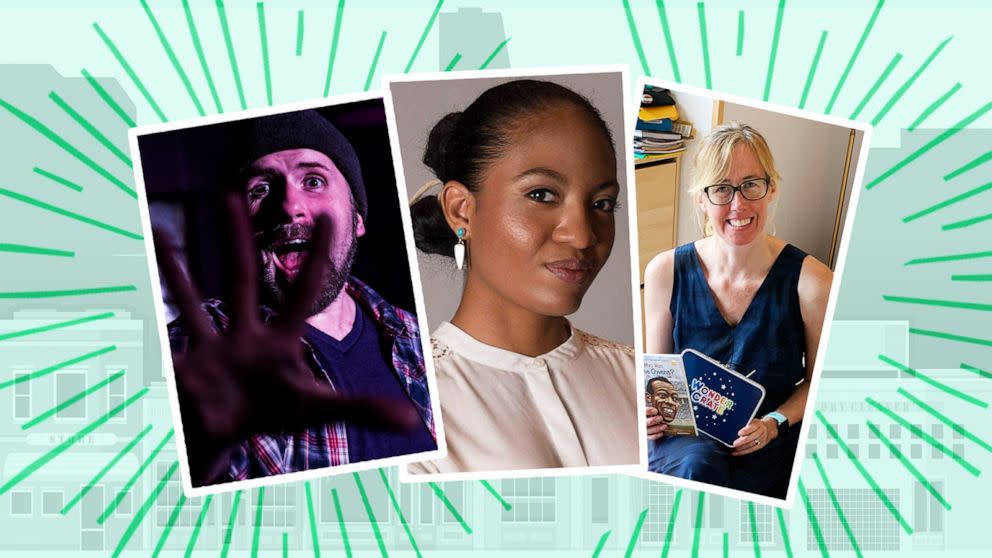