On June 22, Apple will hold is annual World Wide Developers Conference (WWDC). But rather than gathering thousands of developers and journalists inside the McEnery Convention Center in San Jose California, the event will be an online-only experience due to the novel coronavirus pandemic.

But the new format isn’t stopping Apple from announcing new versions of its operating systems, including iOS, iPadOS, MacOS, tvOS, and watchOS during its Special Event Keynote.

While nothing is confirmed, plenty of rumors over the last few months have allowed us to piece together what we can likely expect for all of its platforms.

But there’s also been speculation beyond software. In addition to new features on devices on the iPhone and Apple Watch, the company might also announce its future plans for switching to an ARM-based chip on its Macs.

And, speaking of Macs, there’s also talk of Apple unveiling a redesigned iMac complete with thinner bezels, a T2 chip, and more.

But let’s not get too ahead of ourselves, because clearly there’s a lot to unpack here. So, let’s dive into some of the new features to expect at this year’s WWDC.

With iOS 13, Apple really focused on how we use the iPhone by adding features like Dark Mode, a swipe-based keyboard, a new reminders app, and more. The operating system essentially helped to make the phone feel a lot more intuitive.

With iOS 14, it seems like Apple might be giving us some fun features in addition to the more practical ones.

But let’s start with the name of the operating system, because it looks like we might be referring to it as iPhoneOS 14.

Well-known Apple Leaker, Jon Prosser, simply tweeted the words “iPhone OS” without providing any further explanation. But I truly don’t think you need to be a rocket scientist to figure this one out.

Another noted leaker, Max Weinbach, responded to the tweet not only corroborating the rumor but also mentioning the iPhone might now be called the Apple Phone. But we’ll most likely have to wait until the September hardware event for the latter.

As for iPhoneOS though, the new name does make sense given the fact that all the other operating systems are named after its device: iPadOS, MacOS, WatchOS, etc. I’m actually surprised it took this long to make the switch but better late than never, I guess.

When it comes to features, let’s start with the one I’m most excited about: new iMessage capabilities.

According to MacRumors, users will be able to do things like tag contacts to get someone’s attention. For those of you who set your group chats to “Do Not Disturb” (AKA me), you’ll be able to receive push notifications if you’re directly tagged in the chat.

Additionally, there might also be typing indicators in group chats to show who is texting in real-time. You might also be able to mark messages as “unread,” complete with an icon to remind you to get back to it later.

Meanwhile, those of you who have a habit of sending drunk text messages to your exes (also me) will be ecstatic to know you might be able to retract sent messages. There’ll also be a little notification within the iMessage window that clearly says ‘message retracted’ but you can always blame that on the glitchy new operating system.

Another big feature for iOS 14 is an entirely new standalone Fitness App (also leaked by MacRumors). Said to be available on WatchOS 6 and tvOS 14, users will be able to download workout routines across a wide range of activities (running, cycling, stretching, core training, and more) to their iPhone, iPad, Apple TV, and Apple Watch.

Apple is reportedly working on an Augmented Reality app, too. According to 9to5Mac, the app will allow you to find information about a product by holding up your iPhone and scanning the QR code. Things like pricing information and features will then appear right in front of you.

Of course, the list of potential new features certainly goes on.

For instance, Apple Pencil users might also be happy to know they might be able to handwrite text in a text input field which will then be converted into standard text before pressing send. On Safari, users might have the ability to translate web pages without having to use third-party apps.

Then, there’s a report from Bloomberg that also states iOS 14 will allow users to set third-party apps as their default options. Rather than having to stick to pre-installed ones like Safari or Mail, they can go for Chrome and Gmail instead.

While it’s unclear exactly how many of these capabilities will make it into iOS, er, iPhone OS 14, it’s obvious that Apple is truly making an effort to pack in as much as possible.

A lot of the features from iOS 14 will likely also be available on iPadOS 14 like new Apple Pencil features and the ability to set third-party apps as your go-to options.

MacRumors notes there might also be a “Magic Fill” feature for shape-drawing. Users draw a shape using the Apple Pencil and the operating system will then fill it in.

Along with the handwriting-to-text feature, Apple also appears to be working on a shape-drawing function that supports a “Magic Fill” feature, allowing users to draw a general shape with the ‌Apple Pencil‌ that’s then filled in by iOS.

Another feature that might make into both the new iOS and iPadOS, is a tool called Clips. Back in April, 9to5Mac reported it’ll allow users to try out an app before fully downloading it. It’s sort of similar to Android’s “Slices,” which allows you to access an app without fully launching it.

As for an iPad-specific feature, 9to5Mac also predicts “rich system-wide support for mouse cursors with iPadOS 14.” While iPadOS 13.4 added trackpad capabilities, users are a bit limited in terms of cursor features.

Using the new operating system, iPad users might be able to switch between a variety of pointers (like a standard arrow to a hand), rather than sticking to the circle and I-beam cursors that are currently the default.

Apple is also supposedly adding more Mac-like gestures, such as tapping with two fingers to right-click and a “tap to click” setting that will provide haptic feedback.

As with iOS 14 and iPadOS 14, a few of the features will also make its way to MacOS 10.16 including those aforementioned iMessage features and the built-in translate capability in Safari.

Otherwise, as MacRumors points out, this year’s updates will most likely focus on bug fixes, improving performance, and strengthening its already existing features.

As for its name, Apple has four options it originally trademarked last year but didn’t use (having named MacOS 10.15, Catalina): Mammoth, Monterey, Rincon, and Skyline. So, it’s very possible we could see the new MacOS named after one of these.

Let’s get the obvious and less exciting things out of the way: WatchOS 7 will most likely come with new watch faces, as it does every year. According to 9to5Mac, it might also include the ability to share watch faces between users as well.

The report also states there might be a “Kids’ Mode” that will allow parents to use their iPhones to manage their children’s Apple Watches. That means they won’t have to buy a second iPhone for their kids to be able to use the Apple Watch. It’ll also come with additional parental controls, like the ability to manage contacts and music.

Now, let’s move on to the more exciting features that might be coming to the Apple Watch: sleep tracking and blood oxygen detection (two things the Fitbit has already included in its smartwatches).

According to 9to5Mac, the Apple Watch will be able to track the duration and quality of a user’s sleep using metrics like heart rate, noise, and movement. All of this information will then be synced with Apple’s new Sleep app, that could possibly launch within iOS 14.

Seeing as how the Apple Watch’s battery life isn’t the best, you’ll receive a reminder to charge the watch before going to bed. That way, it won’t die on you in the middle of the night.

As for measuring blood oxygen levels, users will receive push notifications if their vitals fall below a certain level. It’s expected to leverage the ECG monitor and heart rate monitor in order to determine whether a user’s levels are where they should be.

However, for both these features, it’s still unclear if Apple will stick to the the sensors already included in the Apple Watch or if its next smartwatch will include some new hardware to power these capabilities.

It appears Apple is keeping it low-key when it comes to new tvOS upgrades. According to Apple Insider, it’ll include things like improved app functionality, new screensavers, and upgrades to Siri.

According to leaks, users will be able to filter all their content through a “Watch now” page. It’ll be customizable too, so you can unsubscribe to specific content that you don’t want to see and keep the page up to date on your interests, specifically.

There could also be another “Kids Mode,” allowing parents to create a profile for their children. That way, mom or dad can restrict certain content and limit the apps their children have access to via the Apple TV.

Apple Insider also notes that Apple’s Screen Time feature could be coming to tvOS 14. It’ll allow users to see how much time was spent watching all different types of content. While it’s available for users of all ages, it’ll likely help parents tweak how much time their kids are spending watching TV or playing Apple Arcade games.

Lastly, 9to5Mac predicts a new permanent audio option for Apple TV streaming devices. Users could select the HomePod speakers as their automatic audio output rather than having to manually select it from Airplay 2.

While WWDC mainly focuses on software, it’s highly possible Apple might use it as an opportunity to showcase its new iMac, complete with an Arm-based processor.

Seeing as how the iMac Pro hasn’t been updated for over a year now, it’s definitely about that time for a new one. However, this one will likely pack an Intel chip, seeing as how plans to release an ARM-based model are set for a 2021 version of the iMac.

But, according to a report from Bloomberg, Apple could still be announcing its new ARM chips and dive into more detail about how it plans to switch over from Intel. While it’s been rumored for quite a while now, 2020 might finally be the year it makes the jump.

Of course, we’ll have to wait and see until the livestream. Good thing it’s only a few days away.

Here are the latest developments

Sat Jun 20 , 2020
COVID-19: Here are the latest developments COVID-19 news is changing by the hour. Here’s what happened today and some noteworthy stories from the month of June. See May’s headlines here. For more updates and resources, click here. JUNE 20, 2020 Ontario sees slight increase in cases After nearly a week […] 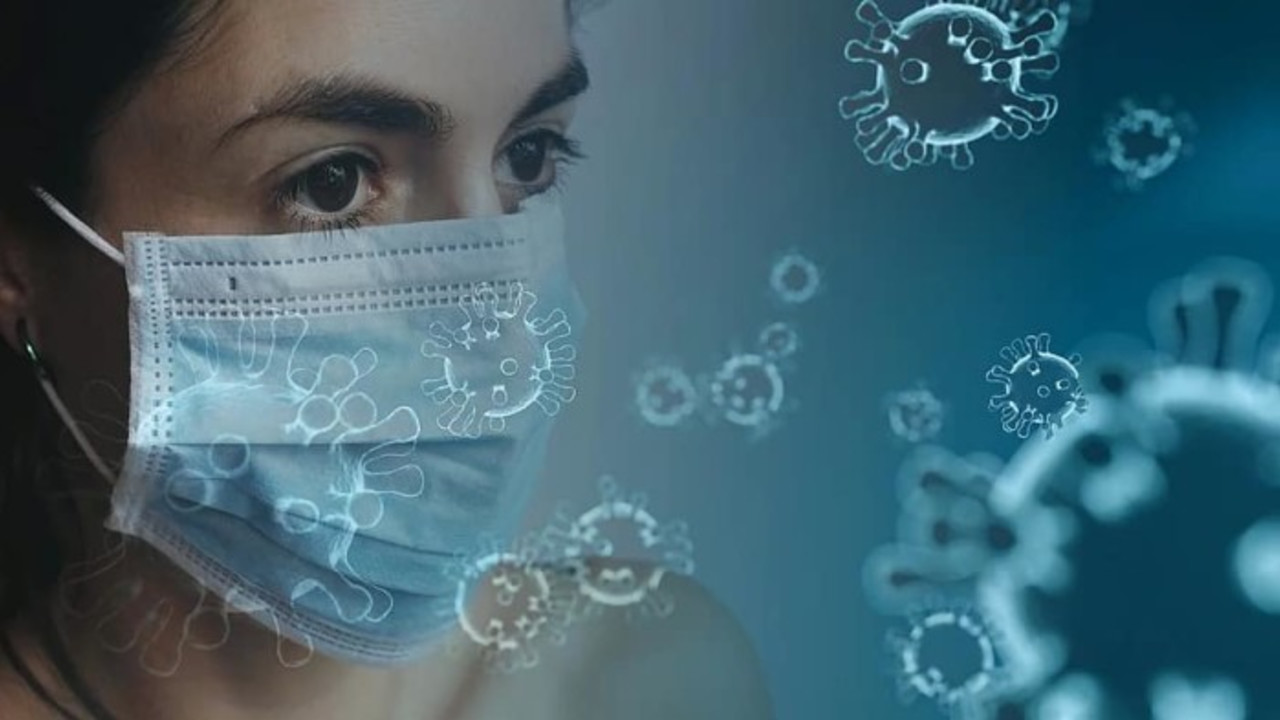