It’s a tough environment to launch new businesses, but two British students won a spot on Y Combinator’s prestigious accelerator programme for a startup they had only launched three weeks ago.

Quell is an immersive fitness game built around a low-cost wearable, a sort of harness made out of smart resistance bands, which tracks players’ movements as they complete a combat workout by fighting through a fantasy world on their laptop, tablet, or phone.

It started out as something that Cameron Brookhouse, an ex-McKinsey consultant, and Lorenzo Spreafico, a product design graduate from the University of Leeds worked on in their spare time, around the Masters course in innovation design engineering at the Royal College of Arts (RCA) that they had both been studying for since September 2019.

But, when then the pandemic hit, the two felt the market for their product had opened up.

Alongside two other founders — serial entrepreneur Doug Stidolph and sensor technologist Martin Tweedie — they pulled together a successful application for Y Combinator’s prestigious accelerator program in matter of weeks.

In May, they found out that they had won a place on the accelerator and within the week had quit the degree to work on Quell full time. By June, they had gone to market with a prototype.

“All of us had this notion that we’d spend the next two years meeting up in our spare time and polishing this thing — and then COVID happened,” says Brookhouse. “[We realized that] we have to move now. Our target market just went from gamers who don’t like exercise to the world.”

While COVID-19 has encouraged more people to work out at home as they try to avoid gyms, the problem Quell solves is much bigger than that, says Brookhouse.

“Fitness was terrible before COVID for lots and lots of people. Our perspective is that the future is gamification, and when we say gamification … we mean really immersing you in a game that is functionally linked to the exercise that you’re providing.”

The idea for Quell came from this notion that many people find exercise dull. Using what they had learned from the course at RCA, the founders gathered feedback from more than 100 consumers to help to build a user-led product that utilized the aspects of exercise that people actually like, such as team sports at school.

The result is what the founders describe as “Peloton meets gaming”, but at a tenth of the price. Peloton’s stationary exercise bikes cost $1,995.

It currently costs $240 for the Quell hardware and the standard, single-player version of the game.

On top of that, the startup plans to launch a subscription service for access to the multiplayer version, new game content, and workouts.

The third potential revenue stream that it is exploring is Fortnite-style in-game purchases that will allow you to change the look of your character.

Quell has already received investor interest. After netting $150,000 in investment from Y Combinator in May, it has raised funding from a series of high-profile angel investors, including cofounder of live-streaming gaming platform Twitch Kevin Lin and AngelList cofounder Naval Ravikant.

In August, Quell also launched a Kickstarter campaign to bring on board new investment. In the week after launching, it hit $250,000 in pledges.

“The exciting thing is that … the whole manufacturing price and the cost is already included in this. So we’re using this money to make the product even better and then hire new people,” says Spreafico.

“From the business model perspective, a lot of players who have hardware plus subscription sell their hardware at costs and then generate subscription revenue,” adds Brookhouse. “Whereas, for us, we make a solid margin on the hardware.”

Like most gaming products, Quell is proving more popular with men, who account for around 70% of customers at the moment.

“We would love to be at 50/50, but I think that when you start talking about gaming and fighting it naturally skews more male,” says Brookhouse, adding that it has a client base that spans different generations. “We’re about 40% in the 19 to 25 market, 40% in the 26 to 35 market, and then 20% even older than that.”

Moving forward, the founders want to build out the product to involve leg support to allow for kick box-style workouts and potentially open up the hardware to external developers so that Quell can act as a storefront for other games.

The founders believe that virtual and mixed reality will be the future of gaming products like Quell. But, the tech is not there yet, says Brookhouse.

“In three years’ time, maybe five, it will start to be there,” he says. “[By then,] what we want to be is the name in the fitness gaming space because no one owns that space and then we want to move into new kinds of platform once they mature.”

Mon Sep 7 , 2020
The cheap steroid hydrocortisone can cut Covid-19 deaths by almost a third in the sickest patients, research has found.  An analysis co-ordinated by the World Health Organisation (WHO) of seven different studies found three steroids – hydrocortisone, methylprednisolone and dexamethasone – reduce the risk of death in critically ill coronavirus […] 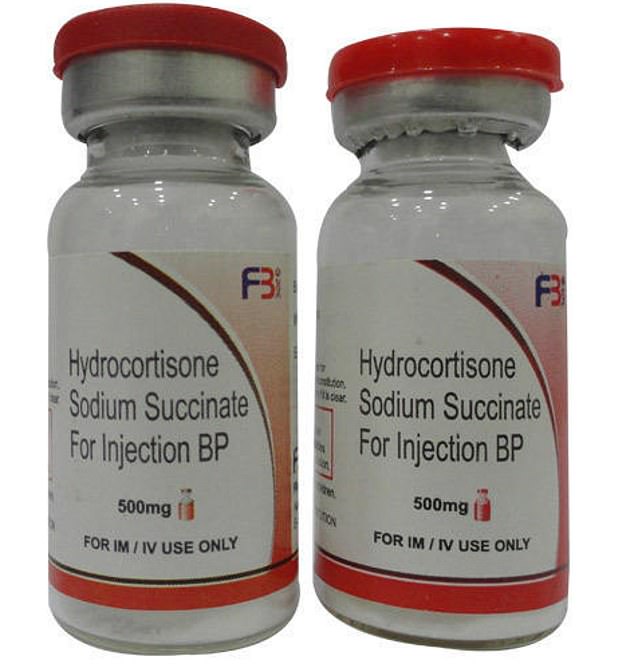