At the height of nationwide protests over coronavirus lockdowns, Facebook groups with names like Reopen Alabama and Michiganders Against Excessive Quarantine collectively accumulated hundreds of thousands of members and widespread mainstream media coverage as followers of those groups took to the streets to protest social distancing requirements.

Many of the lockdowns they protested have now been lifted — but the groups live on and have quickly refashioned into hubs for spreading conspiracy theories and anti-vaccination misinformation. They also aim intense vitriol at the anti-racism demonstrations that have followed the police killing of George Floyd in Minneapolis last month while sharing messages from the pro-Donald Trump QAnon conspiracy movement.

A review of these public and private Facebook groups by HuffPost and First Draft, an organization that monitors online misinformation, found that anti-lockdown groups have shifted their content over recent months to remain active communities. Although Facebook shut down some of the largest groups in recent months for violating its policies, dozens are still strewn across its platform, where they have become soapboxes for people who want to share dangerous falsehoods.

Diara J. Townes, an investigative researcher at First Draft, said it’s normal for big online groups to evolve past their original cause but that it was “shocking” to see how much divisive and inflammatory content had come to dominate the groups.

As states began their first phases of reopening, there were already signs that anti-lockdown groups had pivoted to be less about specific public health policies and more about a broad array of attacks against the government, the media and health experts. Posts in one large, private anti-lockdown group promoted conspiracies about doctors lying about death tolls and issued calls for “resisting tyranny,” while other groups rebranded themselves as campaigning for liberty or constitutional rights rather than specific economic reopenings.

A group formerly named “#ReOpenGA” became “All Shepherds, No Sheep – Fight to be FREE!” toward the end of April. A recent post featured a video of an irate anti-vaccine activist falsely claiming that top White House health official Dr. Deborah Birx “knows full well” that a vaccine will kill elderly and immunocompromised people. The video had been viewed more than 1.5 million times.

While some pages dwindled in size and activity as they drifted away from their original message, others began to increase their membership as they embraced a larger range of grievances — particularly when the anti-racism protests started. In late May, Townes says some posts in large private groups began criticizing Black Lives Matter and linking the demonstrations to larger far-right conspiracies.

Posts in one private group with nearly 40,000 members included memes defending Confederate monuments and suggesting philanthropist George Soros, a liberal billionaire and frequent target of anti-Semitic conspiracies, was behind the protests. In the public Reopen Alabama group, which has over 36,000 members, users commented on a meme suggesting the real threat was not coronavirus but the “global socialist agenda” and “race riots.” One member posted a rambling, lengthy condemnation of Floyd’s funeral, saying, “Why is this being treated like a state funeral? You’d think it was Elvis they’re laying to rest today,” while hundreds liked an image suggesting the killing of Floyd by a white police officer was part of a “deep state” conspiracy against President Trump.

Other groups similarly delved into fevered far-right conspiracies. One post suggested that Black Lives Matter and a COVID-19 vaccine were part of an agenda to throw out the Constitution and “implement Sharia law.” Other messages spread fear of “antifa,” echoing Trump’s unfounded warnings of roving, violent anti-fascist activists that have stirred panic and led to armed groups patrolling streets in some communities. Some members of these ostensibly pro-liberty groups engaged in authoritarian fantasies about cracking down on protesters, with one post advocating spraying protesters with blue dye so that they could be marked for arrest ― a tactic used in Hong Kong against pro-democracy demonstrations.

“Cockroaches scattering against the light can be stepped on later,” read the caption.

Facebook’s beleaguered fact-checking program has flagged many of the posts in these groups for containing false information, but members can be resistant to any information that challenges their shared narrative and self-constructed reality. Multiple groups circulated a widely debunked, edited image that purported to show Rep. Alexandria Ocasio-Cortez (D-N.Y.) tweeting that governors should keep businesses closed to hurt Trump’s reelection chances. When one member of an anti-lockdown group pointed out that it was fake and linked to a fact-check article, they were shouted down.

“I saw it with my own eyes on Twitter. So you are a liberal who believes SNOPES,” one member replied.

But much of the content driving people’s engagement and discussion in these groups falls outside the bounds of Facebook’s fact-checking system. While some members post links to news articles from dubious sources, much of the content is memes and text-based images promoting divisive rhetoric or conspiracies.

“The memes, the emotionally triggering captions, that was what was getting the engagement,” Townes said. “The clearly misleading or just full-on misinformation that was getting posted ― that was the stuff that people had a paragraph or essay-length post and opinion on.”

Disinformation researchers have long tried to gauge whether social media posts are being shared with the intent to deceive or are being spread organically, but discerning the intent behind the content and its exact origins are difficult. Facebook and researchers have, however, said they haven’t found evidence of any foreign interference campaigns on the platform targeting the public health protests.

Many anti-lockdown groups didn’t need foreign help, as a network of powerful conservative organizations provided funding and bought ads on Facebook to promote the demonstrations. Membership in these Facebook groups also surged as right-wing media became fixated on what began as small and unpopular anti-lockdown protests.

Facebook removed a number of anti-lockdown protest events and groups beginning in late April, explaining that they violated state health guidelines. It also shut down the largest anti-lockdown group, Michiganders Against Excessive Quarantine, which had over 380,000 members at its peak and was eventually removed for posts threatening government officials. But numerous other groups appear to have escaped scrutiny.

Facebook has faced renewed criticism in recent months over its inability or unwillingness to contain the spread of misinformation, extremism and political manipulation. Multiple companies have issued advertising boycotts against the platform in recent days (including Verizon, the parent company of Verizon Media Group, which owns HuffPost), and Facebook employees staged a virtual walkout at the start of June after Trump posted a threat of violence against protesters. The proliferation of COVID-19 conspiracies and the growth of the far-right Boogaloo movement now associated with killings and violent plots across the country have additionally highlighted how the platform can enable tangible threats to public safety.

News articles and fact-checks debunking various coronavirus-related falsehoods have meanwhile struggled to keep up with the rapid speed at which rumors and misinformation reach huge audiences on the platform — which is especially critical as a presidential election approaches. And the early-year “reopen” groups are now a part of that misinformation ecosystem.

“Misinformation, disinformation ― it’s easy, it’s cheap and it’s quick to make and get out there,” Townes said. “And it’s easy to consume.”

Mon Jun 29 , 2020
As cases of COVID-19 continue to spread around the world, Canadians are increasingly concerned about their health and safety. Authorities in Canada are working to contain the spread of COVID-19, which the World Health Organization deemed a pandemic in mid-March. This is a timeline of cases from May 1-15. For […] 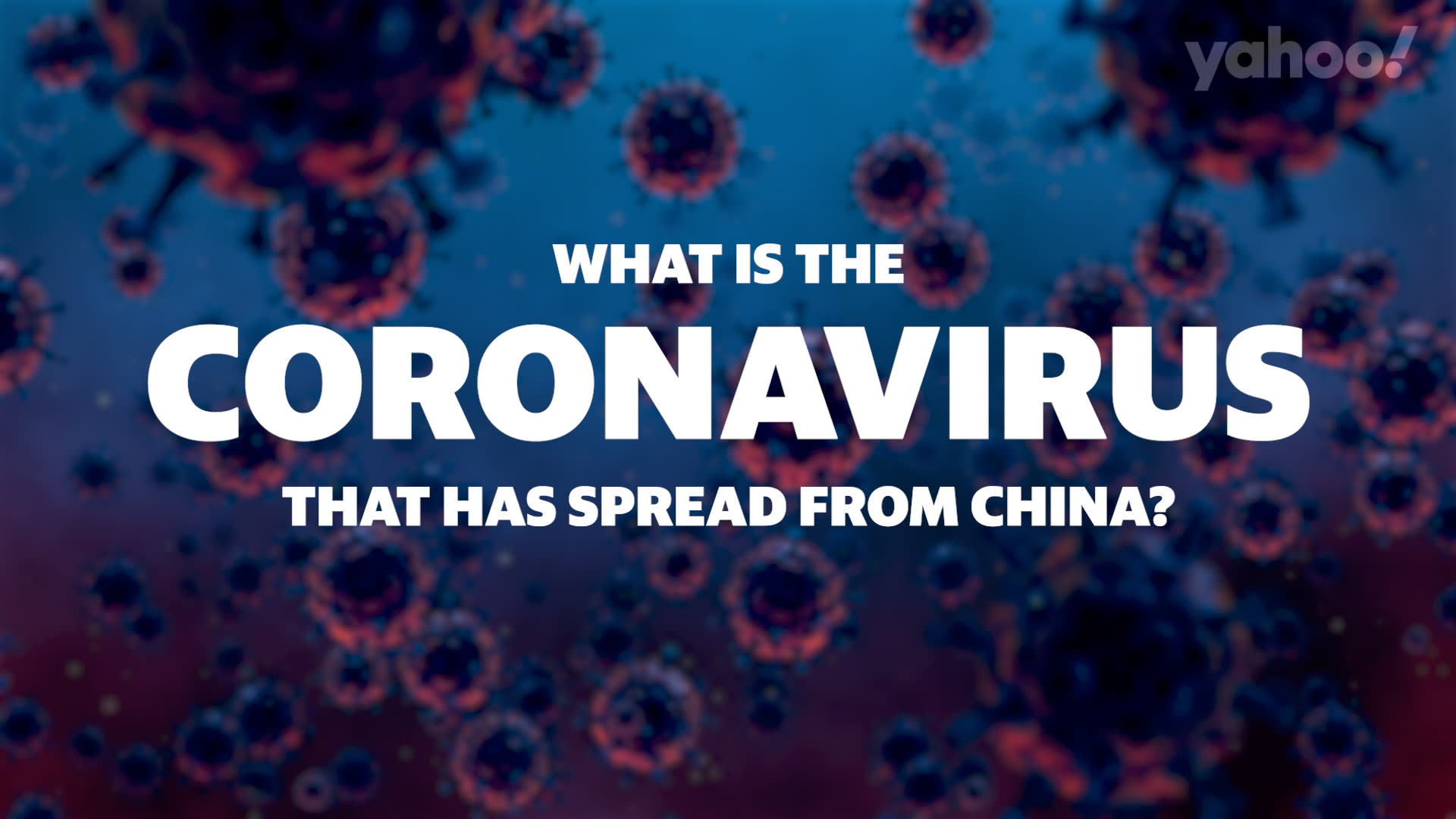