(Bloomberg Opinion) — When the Los Angeles Unified School District announced on Monday that it will not resume any in-person instruction this fall, it was a political victory for teachers and a defeat for families, science and opportunity for all.

The teachers’ union opposed reopening schools amid the continuing rise in Covid-19 cases locally, and lobbied for an early resolution to eliminate uncertainty.

Individual teachers were adamant about not taking risks. “As a teacher of 20 years, I can tell you there is NO WAY I would agree to go back to the classroom this year without hospital-grade PPE,” one wrote on the NextDoor social media site.

“I’ve taught for 15 years,” wrote another. “I catch every cold, sniffle and cough that enters my room. Call me selfish but I’m not willing to die so we can be less inconvenienced.”

In a city where President Donald Trump is the devil, keeping schools closed was an easy call politically. “Safety first” is the motto of all right-thinking Angelenos, and Trump demands (without a plan) that schools open. He’s an idiot, people figure, so it must be a bad idea.

Parents weren’t thrilled, however. “The prospect of another few months, an additional semester or, God forbid, a full year of studying from home is enough to make many parents, and their kids, burst into tears,” wrote Kerry Cavanaugh, a Los Angeles Times editorial writer with two kids in district schools. Political leaders, she complained, “have dedicated far more energy in reopening restaurants, bars and tattoo parlors than in figuring out how to safely educate the next generation. Schools are essential but they’ve been treated like optional services.”

Cavanaugh’s kids aren’t typical. Most L.A. public-school students are poor (nearly 80 percent qualify for free lunches) and Latino (73 percent). Although most aren’t themselves immigrants, about one in five is still learning English. Assuming parents still have jobs, they are likely to be essential workers who have to leave the house every day.

These students and their parents are not, in other words, the people debating and deciding whether schools should resume in-person instruction. They have no voice in the discussion. Yet they bear the brunt of the burden—and provide a central justification for public schools. Tax-funded education is supposed to give every child a chance to learn, regardless of income, to the economic and civic benefit of the general public.

For the children of educated parents who work at home, distance learning is annoying. (Cavanaugh’s third-grader called it “all the boring parts of school and none of the fun parts.”)

For kids who already start at a disadvantage, have no parent at home to coach them through the lessons, live in crowded conditions, and have limited internet access, the long-run results could be devastating. In Los Angeles, Black and Latino middle and high school students were surely set back the most after campuses closed in March, with comparatively few of them actively using school system’s online education platform, according to a report released on Thursday. Disadvantages, especially in early grades, can easily compound over time.

These facts are well understood by scientists and educators. The National Academies of Science, Engineering and Medicine released a report on Wednesday urging schools to reopen, especially for younger children, and described in detail how risks could be managed.

The American Academy of Pediatrics issued a similar set of reopening guidelines in June emphasizing “the importance of in-person learning” and the non-Covid health dangers presented by keeping kids home:

Lengthy time away from school and associated interruption of supportive services often results in social isolation, making it difficult for schools to identify and address important learning deficits as well as child and adolescent physical or sexual abuse, substance use, depression, and suicidal ideation.

This week, however, the pediatrician’s group signed on to a fairly anodyne joint statement with the teachers unions and school superintendents’ association with an anti-Trump undertone. “Public health agencies must make recommendations based on evidence, not politics,” it said. “We should leave it to health experts to tell us when the time is best to open up school buildings, and listen to educators and administrators to shape how we do it.” But “educators and administrators” are themselves political interest groups, and the statement gave them cover.

Conditioned by years dealing with colds and flu, teachers are understandably skittish. And infection rates among U.S. children are rising. But research published in the peer-reviewed journal Pediatrics indicates that children are unlikely to transmit Covid-19 to classmates or family members. Within households, the virus went from adults to children, not vice versa. If parents and students had as much clout as the teachers’ union, the district would find a way to offer in-person instruction with safety precautions, especially in elementary schools.

In one of the best understood and most enduring paradoxes of democratic politics, however, relatively small groups with a lot at stake tend to triumph over the general public’s more diffuse concerns. Hence the persistence of ethanol subsidies — and the priority given to teachers over students and reopening restaurants over reopening schools.

Restaurant owners and employees don’t get paid if they can’t come to work. Teachers do. And while restaurants suffer if they lose sit-down business, teachers get paid the same if they teach remotely. They may not like online teaching, but they don’t demand that schools find ways to reopen. Supermarkets and warehouses have to get the job done while protecting their staffs. Public schools don’t.

This column does not necessarily reflect the opinion of the editorial board or Bloomberg LP and its owners.

Virginia Postrel is a Bloomberg Opinion columnist. She was the editor of Reason magazine and a columnist for the Wall Street Journal, the Atlantic, the New York Times and Forbes. Her next book, “The Fabric of Civilization: How Textiles Made the World,” will be published in November.

For more articles like this, please visit us at bloomberg.com/opinion

Here’s what to know in South Florida on July 17

Fri Jul 17 , 2020
We’re keeping track of the latest news regarding the coronavirus in South Florida and around the state. Check back for updates throughout the day. COVID-19 hits two of Miami-Dade’s largest police departments as enforcement ramps up 1:15 p.m.: The rapid recent rise in coronavirus infections in South Florida has begun […] 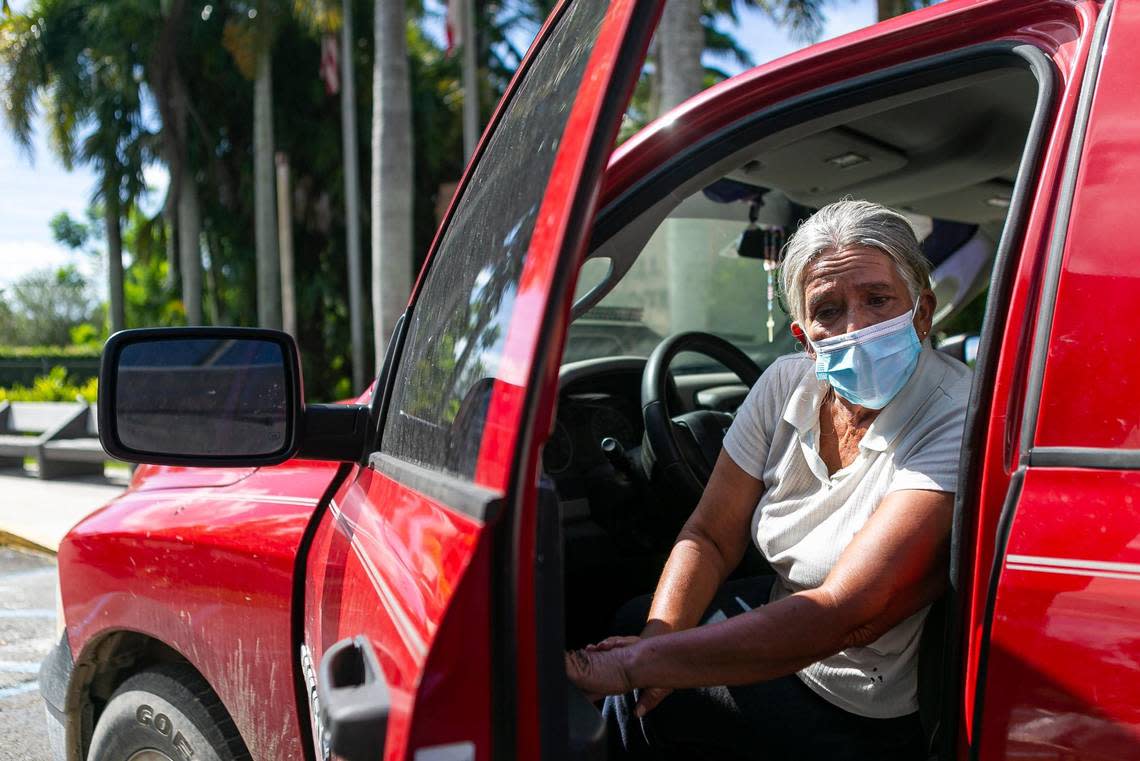