Japanese scientists have identified a protein that thrives in the human brain on fatigue and stress and dramatically increases the likelihood of depression – a breakthrough that may lead to improved diagnosis and treatment.

It has long been understood that over-tiredness and stress are some of the root causes of depression, but researchers at Jikei University’s School of Medicine have determined that the protein is triggered by a virus. They also estimate that someone with the protein is more than 12 times more likely to develop mental health problems.

The scientists’ findings were released in early June in the iScience online publication.

“The fact that over-fatigue leads to depression seemed to be self-evident, but it has never actually been verified until now”, said Professor Kazuhiro Kondo, a virologist and one of the lead scientists on the project.

“We were able to uncover a part of the mechanism of how depression develops and we hope that our findings will help reveal the whole mechanism of depression”, he told the Asahi newspaper.

Prof. Kondo’s team was able to confirm that the human herpes virus type 6, or HHV6, increases sharply in a person’s saliva when fatigue and stress build up. Virtually everyone is infected with the virus during infancy and it typically remains dormant in the body.

When a person becomes tired, however, HHV6 can become active again and can be detected in saliva. Some of the virus also travels to the olfactory bulb, the part of the brain that is connected to the sense of smell.

Should the olfactory bulb become infected, it produces SITH1 proteins – which Prof. Kondo first identified a decade ago and jokingly named after the Dark Lord of the Sith in the Star Wars series of films because it “takes people to the dark side”, he said.

The proteins produce excessive amounts of calcium, which then flow into brain cells and kill them. The death of cells also reduces the regeneration of nerves in the hippocampus, which controls human memory. Over time, the protein impacts a person’s ability to make decisions, induces lethargy and other symptoms linked to depression.

Initial tests on mice have been backed up by research on human patients, with the protein identified in 80 percent of the blood samples taken from 166 people suffering from depression.

Prof Kondo said he hopes that the discovery will assist the development of a blood test that will be able to clinically diagnose depression.

I Finally Got Into Yoga, and I Have Online Classes to Thank

Tue Jun 16 , 2020
The last couple of months have taught a lot of us that working out at home can actually be fun and effective. As someone who used to be only motivated when I was in a fitness studio class, feeding off the energy of the instructor and the other people working out alongside […] 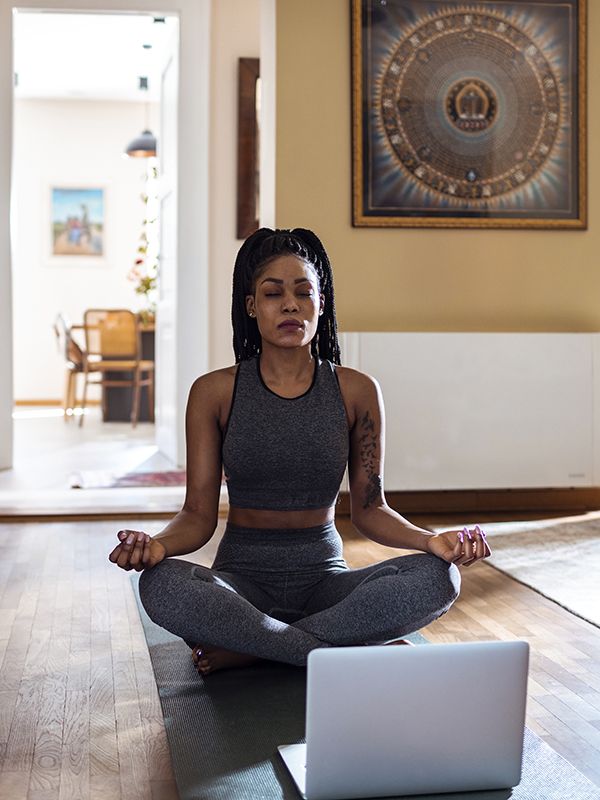