For years, Denea Joseph knew that her life as a Black woman without legal status in the U.S. was precarious. Born in Belize, the 26-year-old left her home on a visa when she was 7 years old to join her grandmother in South Los Angeles.

When her visa expired, she remained in the U.S. without legal status because she had no real pathway to legal residency. Even after she was granted immigration relief under a 2012 Obama-era policy that allowed her to live and work legally in the United States, Joseph felt the weight of uncertainty.

“I knew an executive order could be changed any day, at any moment,” said Joseph, one of an estimated 700,000 immigrants who are recipients of the Deferred Action for Childhood Arrivals program — better known as DACA. “I had to plan my life incrementally, not knowing where I would be in four years, or three or even two years.”

So when the Supreme Court ruled Thursday against President Trump’s attempt to shut down the Obama-era program, Joseph relished the moment but was “cautiously optimistic.” She is still wary that Trump will find another way to eliminate the program.

Even so, the court’s decision reinvigorated Joseph and many like her across California, which is home to more DACA recipients, also known as Dreamers, than any other state — more than 200,000 — and has led the legal fight to defend the program.

“There was always a level of uncertainty if our values and our ability of being on the right side of history would align with the U.S. Supreme Court,” Joseph said.

DACA recipients were brought to the United States as children, many unaware that they had entered illegally or on visas that later expired. The program gave them work permits and protection from deportation and was meant to be a temporary. Recipients had to reapply every two years.

In recent years, California has challenged in court the Trump administration’s efforts to wind down the program. The University of California, under President Janet Napolitano — who crafted the DACA policy as U.S. Homeland Security secretary — is a lead plaintiff along with the state and other California entities and individuals.

In response to Thursday’s ruling, Napolitano, who helped create DACA when she served as Secretary of Homeland Security under President Barack Obama, said that, “Justice and the rule of law won the day.”

“The Supreme Court’s decision to uphold the University of California and the California Attorney General’s challenge against the Trump Administration’s capricious action is a victory for hundreds of thousands of young people who are making vital contributions to their families, schools, employers, and the nation,” Napolitano said.

Gov. Gavin Newsom called today’s decision “an important victory for now, for the hundreds of thousands of Dreamers — including over 200,000 Californians — who contribute deeply to their communities each day.”

“DACA was an illegal use of executive authority from the start,” Rosemary Jenks, Director of Government Relations for NumbersUSA said in a prepared statement. “Clearly, an illegal policy must be reversed in order to restore the rule of law.”

DACA recipients are doctors and nurses, students and entrepreneurs. Many have pursued degrees at top-ranked universities, launched their own companies and created jobs for U.S. citizens. Some are politicians and Hollywood actors, screenwriters and prominent immigrant and civil rights activists.

Many are students. An estimated 9,800 undocumented students attend the 23-campus California State University system and about 4,000 are enrolled at the 10-campus University of California system.

Cal State Fullerton, which launched the Cal State system’s first student resource center for immigrants without legal status in 2014, had scheduled virtual listening and counseling sessions for Thursday in case the high court sided with Trump in rescinding the DACA program. Fullerton also had streamlined its process to allow students to take up to one year’s leave from studies without losing their academic standing.

J. Jesus Rojas Rivas, who graduated this month from Cal State Fullerton, woke up at 7 a.m. to check his Instagram and saw the news: the high court had saved DACA — and, for now, his future.

Rojas Rivas was brought to Los Angeles from Mexico when he was 3 and worked hard growing up to get to college, where he triple-majored in linguistics, Spanish and Chicana and Chicano studies while holding down a full-time job at McDonald’s. He was planning to start his master’s program this fall but was steeled for a possible court decision that would have short-circuited his future.

“I was preparing for the worst, preparing myself mentally for bad news, not to take it so hard,” Rojas Rivas said Thursday. “But now, I’m so happy. I want to celebrate with my family.”

Among DACA recipients are front-line health workers, fighting COVID-19. Oscar Hernandez, a DACA recipient who was brought to the U.S. when he was a toddler, graduated from UCI Medical School last month.

Hernandez, 31, feared he wouldn’t complete his five-year residency in Ohio and be able to practice medicine in this country.

“I can go to work tomorrow,” Hernandez said. “I can keep pursuing my passion of helping through healthcare.”

Immediately after the ruling came down, immigrant rights organizations called on all DACA recipients to renew their status. Leaders at the Coalition for Humane Immigrant Rights announced the organization would hold online renewal sessions.

But many immigration rights organizations warned that Trump could end DACA by issuing an executive action or new Department of Homeland Security memorandum doing away with the program. Immigrant rights leaders vowed to keep pushing for a longterm legislative solution.

“Today, people with DACA have a second chance; we have some breathing room now, but we re-commit today to nothing less than comprehensive immigration reform for everyone–no carve-outs, no exceptions, no deals,” said Angelica Salas, CHIRLA executive director. “Immigration reform is our north star.”

For some, DACA means the difference between life and death.

Jose Guevara, who was brought to the U.S. from El Salvador at age 9, is a cancer survivor who still receives treatments. He relies on health insurance from his job as a community organizer at a local nonprofit in Boyle Heights. His husband lost his job after the COVID-19 pandemic hit the U.S. So for Guevara, losing his job would mean losing access to cancer treatment.

“This decision is lifesaving for me,” he said. “This weight has been lifted for now.”

Steve Li, who is Chinese Peruvian and who came to the U.S. with his parents at age 10 in 2001, called today’s decision “a testament of grassroots groups organizing for years and creating our own vision of what we want America to be.”

Now 29, Li works as a healthcare project manager and serves as a board member at Asian Health Services, an Oakland-based center with a dual mission of service and advocacy. He cited the rare timing of the ruling, adding that it’s happening at a “pivotal time in our history, with the current uprising of Black Lives Matter and showing that immigrant justice goes hand in hand with racial justice.”

Joseph, an immigrant rights activist, said she had long prepared for the worst. Her tenuous existence under the DACA propelled her to launch her own limited liability company that allowed her to work for herself and make a living without breaking the law.

“I set up the infrastructure…. I did so years before this would be brought up to the steps of the court,” she said. “I knew this program could be taken away at any time.”

Fri Jun 19 , 2020
We made it to June! Yes, celebrations are hard right now – hard to pull off and sometimes difficult to enjoy – but we don’t want to forget about our amazing dads, equally awesome new grads and all the summer fun the best gadgets around can make even better.  If pandemic […] 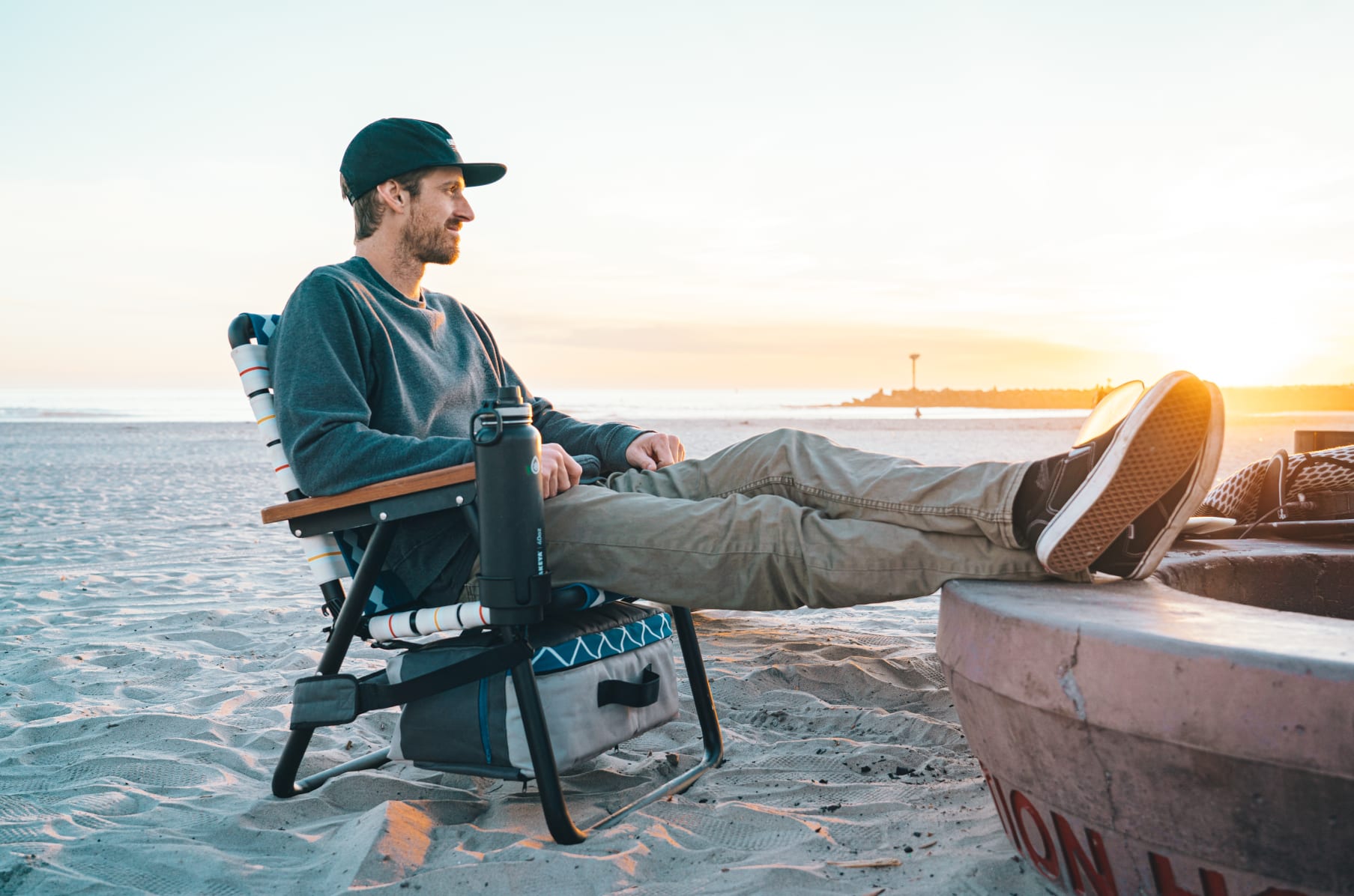