BLOOMINGTON, IL — For those getting excited about the start of the fall high school sports season in Illinois next month, it might be a good idea to check your emotions — at least until January. In an email to athletic directors across the state Wednesday, IHSA Executive Director Craig Anderson hinted at the possibility of all sports being delayed until 2021.

In the email, Anderson said the IHSA is considering a schedule that would permit all three seasons of sport activity during the 2020-2021 school year. He states that his organization remains “limited in our ability to offer all of our fall sports this fall.”

Under the current structure, fall sports include: football, field hockey, boys soccer, cross-country, golf, girls tennis and girls volleyball. Virtual competitions are being considered for many of the activities, according to the IHSA.

Patch has reached out to Anderson and the IHSA for comment on this story.

“I think, like all of us involved in high school athletics, the IHSA is out to do what’s best for kids. They are in a tough spot right now,” Steve Rockrohr, athletic director at Glenbrook South High School in Glenview, told Patch. “I think their willingness to think outside the box and create a possible structure for all three seasons is important.”

On Monday, the California Interscholastic Federation announced that education-based athletics for the 2020-21 school year are delayed amid coronavirus concerns.

“The California Department of Public Health (CDPH) has specifically confirmed that no team sports, conditioning or drills are permitted under any of the current guidance,” a July 9 letter from Riverside County Counsel Gregory P. Priamos reads. Riverside County is among the watch list counties.

Earlier this week, Anderson announced the IHSA will take part in a round table discussion with leaders from the Illinois Department of Public Health (IDPH) and the Illinois State Board of Education (ISBE) on Friday.

“We expect this meeting will provide important guidance on how the IHSA will proceed with fall sports,” Anderson said in a statement.

As a result, a previously scheduled IHSA board meeting for Wednesday was moved until July 29.

Earlier this month, the IHSA announced it will defer to IDPH, ISBE and the governor’s office on all of its Return To Play Guidelines moving forward.

“There is an unprecedented level of planning for this school year due to COVID-19, and we have come to understand that there needs to be a greater consistency between the guidelines for returning to learn and returning to interscholastic athletics,” Anderson said on July 14. “Some of the recommendations by the IHSA Sports Medicine Advisory Committee and directives from IDPH have come into direct conflict with each other, especially as it relates to the use of masks by student-athletes. As a result, we feel it is important to let IDPH and ISBE provide a consistent direction for our membership moving forward.”

The IHSA made some modifications to its Return to Play guidelines to place greater restrictions on coaches and student-athletes in order to prevent the spread of COVID-19. Important changes included limiting physical contact and an increased usage of masks. The limited physical contact revisions restrict schools from conducting contests against other schools in most sports, including 7-on-7 training sessions in football.

The first official day for practices is scheduled for Aug. 10.

“I see the difference athletics make on the faces of our kids on a daily basis when I watch the camps this summer,” Rockrohr said. “Obviously, no one knows what tomorrow brings, but today we have a plan, and we have hope.”

This article originally appeared on the Across Illinois Patch

Thu Jul 23 , 2020
(Bloomberg Opinion) — One of the greatest outrages in the U.S. response to the coronavirus pandemic has been the way the government has failed to offer the people useful, trustworthy information. That’s still true, even as President Donald Trump has restarted his daily Covid-19 briefings. While some outlets have praised […] 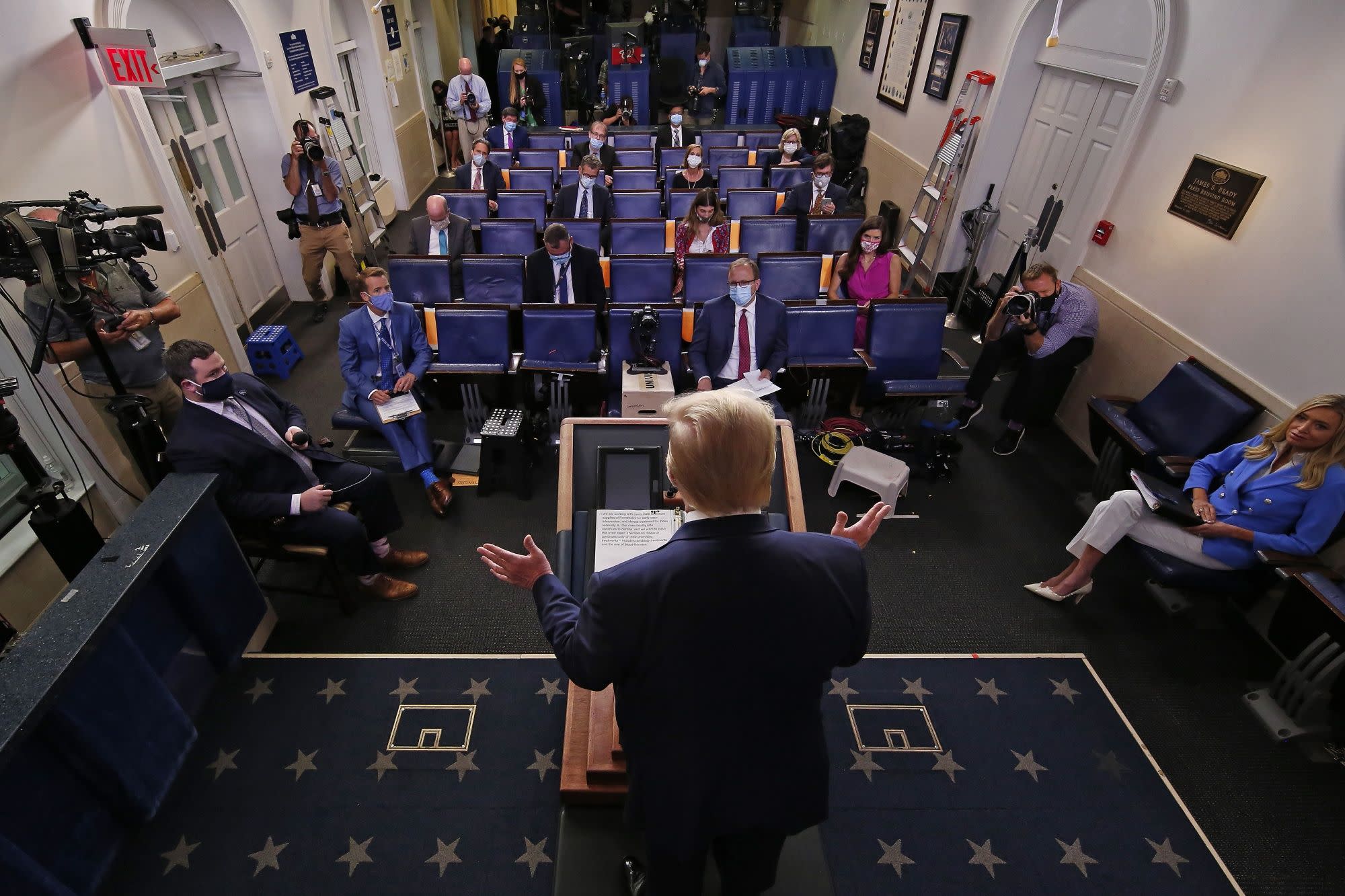