I live in a small city in India, and in 2017, when I was 16, it felt like my whole life had fallen apart. My partner dumped me at the same time that my family was having some financial problems. It felt like it was all piling on and my mental health took a really sharp turn.

I was trying to pretend like everything was fine, because I didn’t have the courage to tell my family or seek any professional help. Because things weren’t great at home, I would walk around my city for hours at a time. My focus was wrecked, and my school work suffered. I barely managed to pass exams.

Some of my friends noticed I was acting different, and asked me what was going on. “Why haven’t you talked to us for the past few weeks?” they asked. I made lame excuses like “I was busy,” because I just didn’t have the strength to tell them what was really going on.

And then, my own so-called best-friends started cyber-bullying me. They created a WhatsApp group with my ex because they thought I was being “weird” in front of them (when in reality, this was me trying to hide the mental health problems I was dealing with.) They’d mock me by saying things like “he’s such a hack” and “he can’t do shit.”

That’s when I realized that there was something that was building up inside me. At night I wanted to cry to let my emotions out and feel better, but I didn’t feel like I could cry because I’d been taught to never cry. “Man up,” was what I’d hear.

But from holding back my tears, I’d have panic attacks at 2 or 3 o’clock in the morning. I didn’t tell anyone about it, thinking they’d judge me, especially after everything with my friends. And also, because it’s taboo talk about mental health here in Indian, especially as a man. So I kept it to myself for the next 1 1/2 years.

I was 17 or 18 by then and it all just piled up. I used to be too skinny and underweight at 86 pounds. I weight myself and realized I had started to get skinny-fat at 137 pounds. My grades were in the tank, and the panic attacks had kept coming. I knew I had to make a change.

The Catalyst for Change

I searched online for resources where I could talk to someone, and I found this website called 7 Cups. I tried it out, and I found it really helpful.

You talk to a “listener” and they help support you through empathy and just really hearing what your problem is. It inspired me, and I decided to volunteer and become a listener, too. Through other people’s experiences, I learned about my own pain and started to feel lighter.

The other thing I did was re-found bodybuilding. I had tried it before when I was a little younger, but when I was looking for a distraction, it seemed like a perfect fit.

When I was 18, I joined a gym. Lifting helped me feel like I was getting rid of my anxiety in the form of sweat. I started to lose my skinny-fat, too, and that’s when decided to build muscle.

At this point, through 7 Cups, I’ve had over 1,600 chats with people from 8 years old to 65. I got the abs I was after, too. I even reconciled with my friends, who all apologized to me afterwards. I feel like I finally found the power of my voice after it had been hidden for 3 years.

Out of work in Charlotte because of COVID-19? Here are 5 ways to make money online

Fri Jun 26 , 2020
The closure of businesses due to COVID-19 has impacted jobs and forced many out of work. Whether you are looking for supplemental income to make up for lost hours or for full-time employment, there are some options available online. “I have been able to transition to working from home full […] 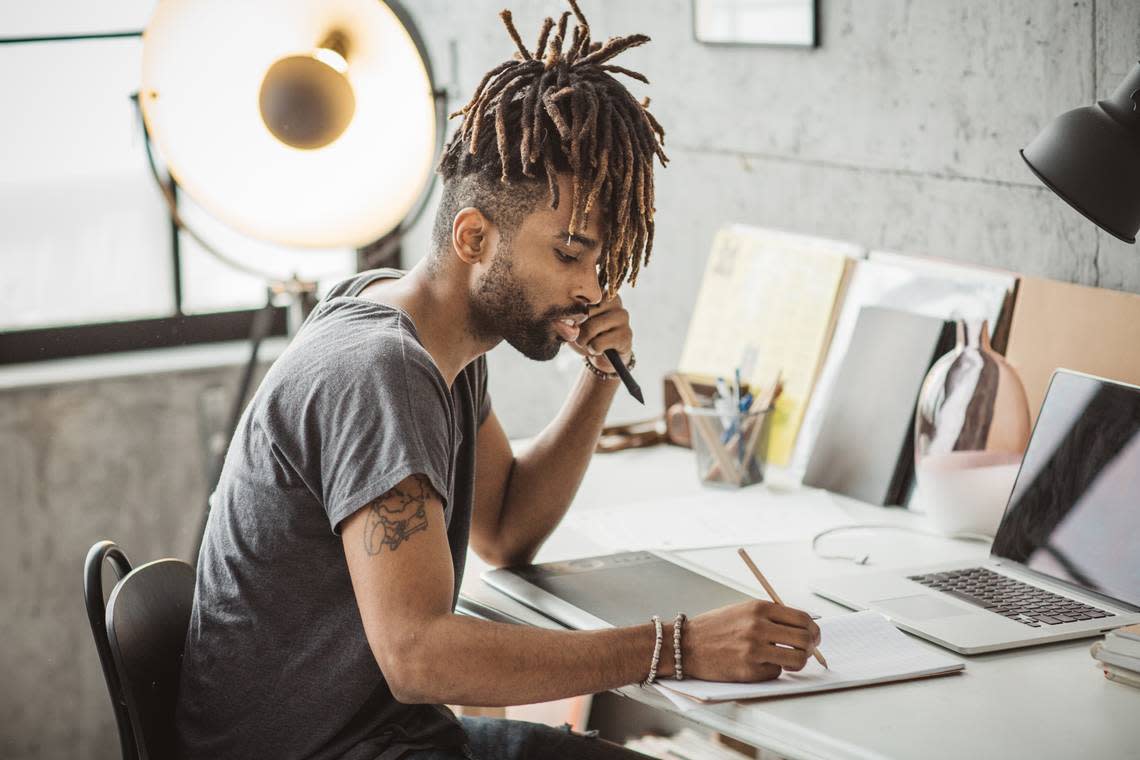