JOHANNESBURG — The World Health Organization and the Africa Centers for Disease Control and Prevention have launched an effort to explore the role of traditional medicine in the coronavirus pandemic.

The new advisory panel will support countries in clinical trials, other research and development of traditional therapies as the pandemic now spreads rapidly in parts of Africa.

Confirmed cases on the continent have nearly reached 750,000, more than half of them in South Africa.

A WHO statement says traditional medicine “has many benefits” and the continent has a long history of its use.

WHO Africa chief Matshidiso Moeti says the research “must be grounded in science.”

HERE’S WHAT YOU NEED TO KNOW ABOUT THE VIRUS OUTBREAK:

— Crisis hits Lebanon’s hospitals, among the best in Mideast

— New research suggests that antibodies the immune system makes to fight the new coronavirus may only last a few months in people with mild illness, but that doesn’t mean protection also is gone or that it won’t be possible to develop an effective vaccine.

— With the coronavirus rebounding in parts of Spain, it appears Catalonia and other regions have not adequately prepared to trace new infections in what was supposed to be an early detection system to prevent a new cascade of cases.

— More than one in five people in Delhi have been infected with the coronavirus, according to a study, indicating that most cases in the Indian capital region have gone undetected.

HERE’S WHAT ELSE IS HAPPENING:

The semiofficial ISNA news agency on Wednesday quoted Hossein Kermanpour, spokesman for the regulatory body for Iranian health care professionals, as saying that the death toll includes 90 doctors and 28 nurses.

Iran announced earlier his week that 12,000 health care workers have been infected across the country. Tuesday marked the country’s single-day highest death toll of 229.

Iran is grappling with the deadliest outbreak in the Middle East. It has so far reported more than 278,000 confirmed cases and 14,634 deaths.

STOCKHOLM — The Nobel Foundation, which manages the prestigious Nobel Prizes, says it has canceled the traditional December banquet at the Stockholm City Hall due to the coronavirus pandemic.

Lars Heikensten, CEO of the Nobel Foundation, said it is not possible to gather up to 1,300 banquet guests and let them sit next to each other amid the current COVID-19 restrictions. He said the pandemic also makes it uncertain whether prize winners can travel to Sweden.

The Nobel Prizes are announced in October but the festivities in December will be severely limited due to the pandemic. The foundation said it was not completely clear yet how and in what form the award ceremonies will take place.

The Nobel Peace Prize is announced in Oslo, Norway, while the others are awarded in Stockholm.

Heikensten said in a statement: “Nobel Week will not be as usual due to the current pandemic. This is a very special year when everyone has to make sacrifices and adapt to completely new circumstances but we will pay different attention to the prize winners, their discoveries and works.”

PRAGUE — The day-to-day increase of new confirmed COVID-19 cases in the Czech Republic has surpassed 200 for the first time in almost a month.

The Health Ministry says the number of those infected reached 212 on Tuesday, the highest day increase since June 28.

Of the 5,046 active cases — the highest number since the outbreak of the pandemic — 148 are hospitalized with 20 in intensive care.

BANGKOK — Faced with labor shortage in construction and agriculture, Thailand has agreed to let in about 120,000 migrant workers from Myanmar, Cambodia and Laos in the next phase of easing coronavirus restrictions.

A spokesman for the government’s COVID-19 center says details such as quarantine measures still have to be worked out. Further loosening of restrictions, which also includes opening the borders to foreigners visiting for medical and business purposes, is expected Aug. 1.

Thailand’s government will extend until the end of August a state of emergency imposed in March to help contain the spread of the coronavirus, though critics want it abolished because they charge it is used to suppress political dissent.

An anti-government demonstration Saturday in the capital Bangkok drew over 2,000 people.

JOHANNESBURG — South Africa has well over half of the confirmed coronavirus cases on the African continent as the country is now a global hot spot.

The country’s current epicenter is Gauteng province, home to Johannesburg and one-quarter of the population. It has over one-third of South Africa’s cases.

Health Minister Zweli Mkhize has pleaded with people against pandemic fatigue and urged them not to abandon face masks.

HONG KONG — Hong Kong has made it mandatory to wear masks on public transport, in indoor areas and passenger terminals.

The measures will last until Aug. 5 as the city tries to break the transmission of local infections.

Hong Kong has recorded 2,019 infections with 14 deaths. On Tuesday, it reported 58 cases, 25 of them from an unknown source.

The city’s Health Minister Sophia Chan is appealing to people to stay at home as much as possible, saying Hong Kong is at a high risk of a community outbreak.

With Australia’s second-largest city Melbourne now in lockdown for two weeks, authorities had hoped the infection rate would begin to plateau. Instead, Chief Health Officer Brett Sutton says “we’re going to look at 500-600 cases per day. I absolutely don’t want us to go there.”

Face masks will become compulsory from Thursday for residents in lockdown regions when they leave their homes.

Six prisons in Victoria were placed into total lockdown on Tuesday after a staff member tested positive at one of the crowded facilities.

KATHMANDU, Nepal — Nepal’s government has ended a lockdown 120 days after it was imposed to control the spread of coronavirus.

Government and private offices would be fully functional from Wednesday and all private and public vehicles would be allowed back on the streets. All the markets, malls and shops would be also be allowed to open. However, airports and commercial flights would resume only on Aug. 1.

The lockdown was first imposed in March and it was renewed several times. The country has 17,994 confirmed cases and 40 deaths from coronavirus.

South Korea’s Centers for Disease Control and Prevention on Wednesday said at least 36 of the new cases came from the densely populated Seoul metropolitan area, where about half of the country’s 51 million people live.

The KCDC didn’t immediately confirm whether the numbers included a new cluster of infections discovered at a frontline army unit in Pocheon, north of Seoul, where at least 13 troops have reportedly tested positive.

The KCDC said 29 of the new cases were local transmissions and tied the other 34 to international arrivals as the virus continues to spread in Asia, the United States and beyond. The government also plans to send to send two military planes to Iraq on Wednesday to evacuate around 300 South Korean construction workers amid the spread of the virus there.

The country had reported four local transmissions on Monday, which was the lowest in two months, prompting a celebratory tweet from President Moon Jae-in who said the nation as winning its fight against COVID-19.

The Health Department reported that COVID-19 deaths rose by 915 to reach 40,400, the fourth highest total behind the United Kingdom at 45,507.

Mexico’s number of confirmed cases rose by 6,859 to 356,386, and the country now rivals Peru for the sixth-highest number of cases, but Mexico does so little testing that its number is considered vastly undercounted.

By Tuesday, Mexico had conducted just over 820,000 tests, or about one test for every 160 inhabitants. In recent weeks, 47% of all tests have com back positive, suggesting Mexico is mainly testing only those with considerable symptoms.

Health authorities indicated the country only has about 170,000 tests left, but left open the possibility of acquiring more.

DETROIT — A judge has ordered the Detroit school district to test more than 600 students who are participating in voluntary summer classes.

The order from U.S. District Judge Arthur Tarnow on Tuesday came in response to a lawsuit by critics who claim the in-person classes are risky for kids and staff. Students and teachers are required to wear masks, and desks are spread apart. The lawsuit followed days of protest outside bus yards.

Superintendent Nikolai Vitti said the district will comply with the testing order with assistance from the city health department. But he suggested the judge had exceeded his authority.

“It is insulting to our parents that they must have their children COVID-tested to receive public school services yet parents outside of the city can receive the same services without testing,” Vitti said.

AUSTIN, Texas — While some big cities in Texas are reporting signs that an alarming surge in cases of the coronavirus may be leveling off, officials in counties along the border with Mexico said the outlook there remains bleak.

Dallas County officials said the number of hospitalized coronavirus patients dropped below 1,000 on Tuesday for the first time in more than two weeks, and officials in Houston are seeing signs of optimism.

But along the border in Starr County, Judge Eloy Vera said “we’re very close to losing the situation” and plans to issue voluntary stay-at-home recommendations this week.

He said it would be similar to one issued Monday in Hidalgo County, which set a curfew and recommends that all nonessential businesses cease any activity that can’t be provided at curbside or by takeout.

The orders, however, are not enforceable under Republican Gov. Greg Abbott’s past mandates that do not allow local officials to set their own stay-at-home restrictions. Texas on Tuesday reported more than 9,300 confirmed new cases and 131 deaths, the state’s second deadliest day of the pandemic.

FORT WORTH, Texas — More than 500 women at a federal medical prison in Texas have tested positive for the coronavirus, in one of the largest confirmed outbreaks at a federal prison.

The Bureau of Prisons said the number of confirmed cases at the Federal Medical Center-Carswell in Fort Worth jumped to 510 on Tuesday, just two days after the Bureau of Prisons reported that 200 women there had tested positive for COVID-19, the illness caused by the coronavirus.

Only the federal prison in Seagoville, also located in the Dallas-Fort Worth area, had more infected inmates, with 1,156 cases as of Tuesday.

SAO PAULO — Brazilian authorities say the country’s Sao Paulo state has topped 20,000 deaths from COVID-19, while the nation as a whole has recored more than 80,000 fatalities due to the coronavirus.

Sao Paulo is Brazil’s most populous state, with 46 million people, and is the epicenter of the coronavirus pandemic in the South American country.

It has been enforcing social distancing measures since mid-March, but has never applied a full lockdown.

Sao Paulo Gov. João Doria replaced his health secretary this week, though he says the official left the post for medical reasons unrelated to the coronavirus.

‘We’re forced to choose between our livelihoods and our lives’

Wed Jul 22 , 2020
Designed to measure fitness, character and competence, the bar exam is a grueling 12-hour test typically administered over a two-day period to thousands of recent law school graduates. But with coronavirus cases still surging in many parts of the nation, some law school graduates view this communal experience not as […] 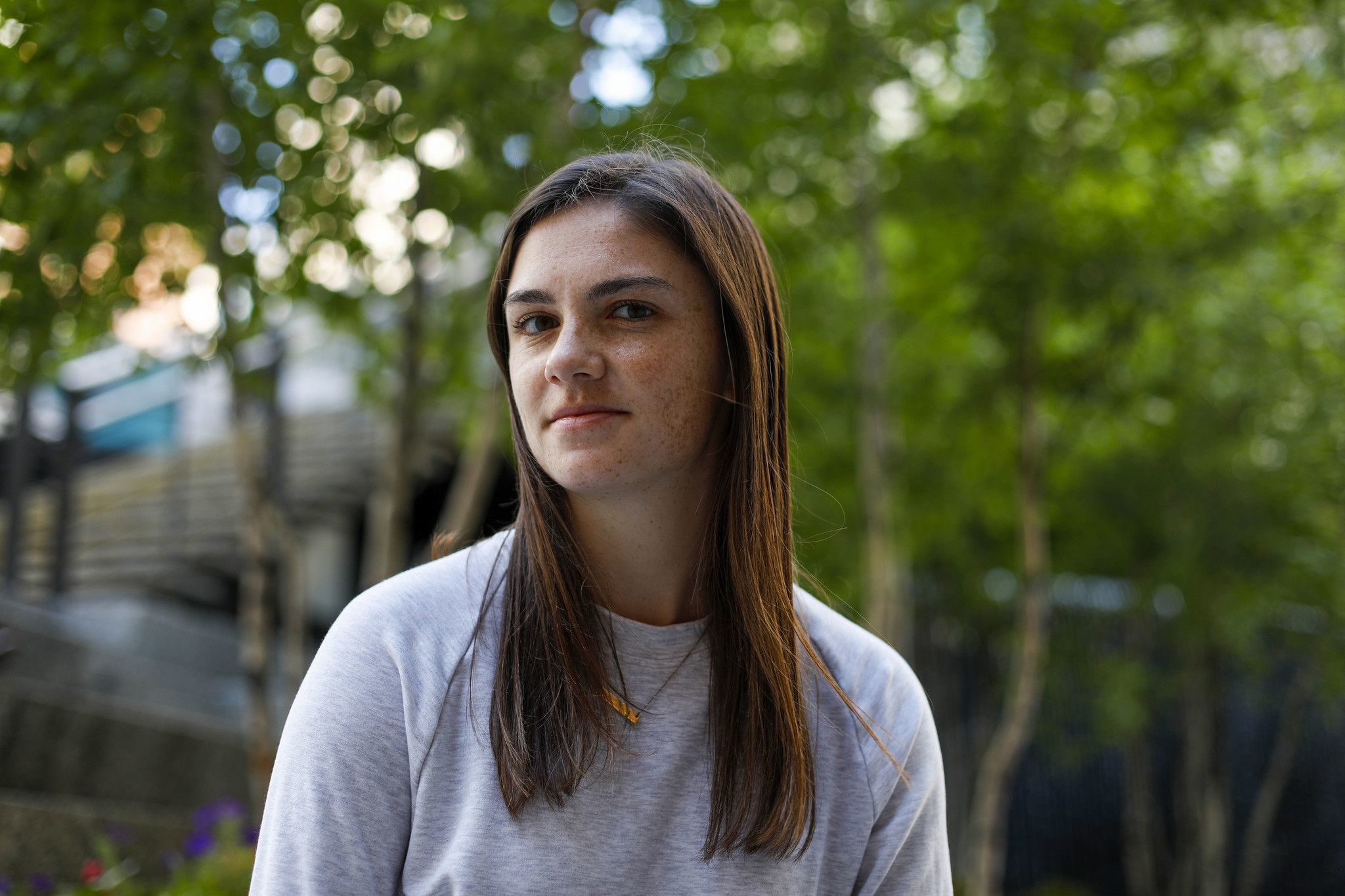