With many gyms closed because of the coronavirus pandemic, WFH is making way for WOFH: Working Out From Home.

“I use a lot of makeshift materials to work out,” says Anne Barreca, of Brooklyn, New York. Without access to a gym or swimming pool, she uses what’s in her environment for exercise, including the stairs leading to her third-floor walkup, groceries, resistance bands, furniture sliders, dish towels — even her 5-month-old son, Benjamin, whom she calls “the world’s cutest kettlebell.” He’s the perfect size for squats and lunges (“comes with the noises too,” her husband, Brian, jokes).

“It’s better than nothing,” Barreca said. “Something is always better than just being lazy or sitting around. … There’s no such thing as a perfect workout.”

In 1976’s “Rocky,” the underdog boxer trained by punching slabs of beef in a meat freezer and running up the 72 steps of the Philadelphia Museum of Art. In 1982, Jane Fonda donned spandex and leg warmers to bring her total body aerobics routine, “Jane Fonda’s Workout,” to women around the world. It sold over 17 million copies, becoming the best-selling VHS tape of all time.

In that same spirit, fitness enthusiasts are discovering new ways to work out and get back to basics in the age of COVID-19.

For Barreca, finding creative hacks to get moving and accepting this “new normal” wasn’t easy. Being an avid runner and swimmer, she continued her exercise regimen well into her pregnancy and was eager to get back to her routine after giving birth. As fate would have it, her doctors gave her the all-clear to resume working out on March 16 — the day gyms and pools closed in New York. “It was like a cruel joke,” she says.

But she didn’t let the gym shutdowns, or that she’s parenting a newborn during a pandemic, discourage her.

“It forces you to tap into the inner reserves you have of patience and creativity,” Barreca said. “I love gyms as much as anyone. I hope I get to go back, but it’s not a necessity for maintaining your fitness, which is a very beautiful reminder.”

In Largo, Florida, Shani Bryant says she has also learned this lesson while sheltering-in-place and working from home. Her pre-COVID workout group consisted of fellow fitness enthusiasts in her office, all moms, who worked out together every day during their lunch hour, from weight training and HIIT (high intensity interval training) to spin class. They even wore matching shirts and drank the same pre-workout supplement.

And while they all tried to keep up that sisterhood when they began working from home, exercising together online via Microsoft Teams, Bryant says she eventually started getting busier and working through lunchtime. She also pointed out that not everyone in the group has the same equipment or resources at home.

“All the weights were sold out in the stores, so I couldn’t find any barbells or kettlebells,” Bryant said. Between January and March, orders for fitness equipment (kettlebells, dumbbells, stationary bikes and treadmills) saw a 55 percent boost in online sales, according to Adobe’s Digital Economy Index.

Despite those challenges, and sometimes missing the rigor of her old gym workouts, Bryant says she’s giving herself some grace and putting less pressure on herself to maintain her old routine. Though she’s visited the gym twice since reopening, with social distancing measures in place, she says it’s difficult to work out in a mask — and she’s unsure about going back, as cases in Florida continue to rise. She tells herself: “‘Relax, you’re in a pandemic. It’s OK if you can’t lose those other 10 pounds that you were trying to do before your birthday. It’s OK.’”

She says she has learned to appreciate “slower” workouts, such as long walks outside with her 3-year-old son.

“He loves chasing the birds, riding his bike, looking at all the trees,” Bryant said. “Now we’re definitely outdoors and exploring a little bit more, which is nice.”

Stacey Tinianov, in Santa Clara, California, has also been forced to slow down. A mom of two teens and a cancer survivor, Tinianov was attending 5 a.m. classes at a nearby Orangetheory fitness studio four days a week — and when she didn’t make it to a class, she went to 24 Hour Fitness in the evenings to work out on the elliptical. On weekend mornings, she would go on three- to four-hour walks with friends or do a tandem bicycle ride with her husband.

Now, with fitness centers closed, her family has created some new habits.

“Every morning, we get up, I go on my walk and he ‘commutes’ to work,” Tinianov said about her husband’s daily bike ride. “And so he does this 20-mile loop, comes home, showers and then goes to the garage and works all day.”

But she admits it’s challenging to exercise outside and do the constant calculus of social distancing.

“It’s really weird to walk in a neighborhood because you’ll see people and you’re like: ‘OK, who should walk in the street? Who should stay on the sidewalk? Who needs to cross the road?’” Tinianov said. “It doesn’t feel relaxing, because you’re constantly trying to gauge what you should do… and it just seems to be a lot involved now in kind of calculating it, rather than just going out for a walk.”

Although she hasn’t been able to recreate Orangetheory at home (the app doesn’t translate the same vibes as an in-person workout, she says), a small silver lining has been finding new activities — she tried a zumba class for the first time over Zoom and she started doing some yoga thanks to YouTube. She also completed a four-week exercise challenge, Chloe Ting’s Summer Shred Challenge, with her 19-year-old daughter.

“I definitely would not have done yoga online,” Tinianov said. “I just wouldn’t have. And I don’t know why I tried it this time, but I’m glad I did. I like it. I find it incredibly calming.”

More walking and yoga matches up with how Fitbit users are working out during the pandemic, according to a recent Fitbit analysis that looked at data from mid-April.

“Walk exercises, or brisk walks that last for at least 15 minutes, are up, and walks still constitute a large portion of user exercises,” the analysis said. “We’ve also seen substantial increases in the popularity of biking, yoga and aerobic workouts. Among users who exercised at least once per week, yoga and biking have seen an increase of over 40 percent, while aerobic workouts have increased by more than 20 percent — meaning that users are taking this time to switch up their fitness routines.”

When it comes to exercising during this new normal without access to old routines and resources, the key is motivation, said Dr. Sari Shepphird, a sports psychologist and psychotherapist in California.

“It takes some creative thought, which is why motivation’s so important because if you’re lacking the motivation, you’re not going to want to put in the time to creatively problem solve,” Shepphird said.

She suggests finding a sense of community, even virtually, if possible. Coaches and trainers online are trying to do just that, even with exercises that might typically require physical contact.

Joey De’Malavez, owner of Joltin’ Jabs in Philadelphia, just reopened his boxing gym, but is continuing some virtual sessions. At one point during Pennsylvania’s stay-at-home order, he was leading 11 Zoom classes per week. Known for his discipline and a stickler for form, the former pro boxer had to adapt technologically to continue reaching his clients. He says while he can’t be there physically to adjust their form, doing the workout with them and yelling through his computer screen has been working pretty well.

“I remind them, ‘Remember that checklist, check it off, chin down, shoulder pointed, hands up, knees bent, balls of your feet, 45 your front foot.’ So I’m constantly going like that.”

It can be harder to “read the room” when clients are in different places with their mics often muted, says Tasha Gray, co-owner and a trainer at FitnessSocial, a studio in Fresno, California that recently resumed in-person sessions. “You just learn to make it work,” she said.

During months of remote sessions, Gray’s studio went ahead and gave away or rented kettlebells to clients depending on their membership level.

For Amber Patty, a personal trainer and gymnast in Salt Lake City, online classes have meant more clients and a broader reach. With Upside Down Ambo, she blends body weight exercises with gymnastics movements, and even teaches classes on how to do a handstand.

“There’s ways to train people without being there,” Patty said. “If somebody can’t kick up to a wall, I have ways to get them upside down and get them strengthened and get them to a place where they can kick up without being there. … There definitely is a benefit if I’m right there, but there are camps and classes where the teacher has like 20 people and they just can’t really help everyone. So it’s still helpful, and I’ve seen a lot of progress with my clients through Zoom with the handstands.”

And as Americans spend more time indoors or socially distantanced, whether you’re working out or just trying to survive, Shepphird recommends fighting anxiety or “what’s the point?” thoughts by using tips and tricks from sports psychology.

“This is a lot about mindset,” Shepphird said. “To identify what youcan control, and then focus on putting your effort there is going to make a big difference in the quality of your life on an emotional and mental level. And then another skill that’s often used in sport is mindfulness… To be aware of what it is that you’re experiencing and not judge yourself for whatever it is that you feel, but to just observe it. Not be afraid of your own thoughts, but to allow them to come and then problem solve once you realize what it is that you’re feeling.”

To say fitness habits are changing is an understatement, Shepphird says. People are working out in new ways and with new frequency.

Tinianov is embracing more family time and different ways to move. Barreca, who used to spend one or two hours on the “perfect” workout, now does multiple mini-workouts throughout the day while her baby naps. When she does jog, she pretends her mask is a VO2 max increaser because “thinking of it as a pandemic mask is sad” and thinking of it as a way to increase VO2 max makes it “slightly mentally easier.” Bryant, who still keeps in touch with her workout crew, has delved into healthier cooking and gets outside more.

“Maybe our bodies needed this break,” Bryant said. “Maybe this is a time we needed to take a break and rest our bodies, rest our minds a little bit, regroup and just use this time wisely.” 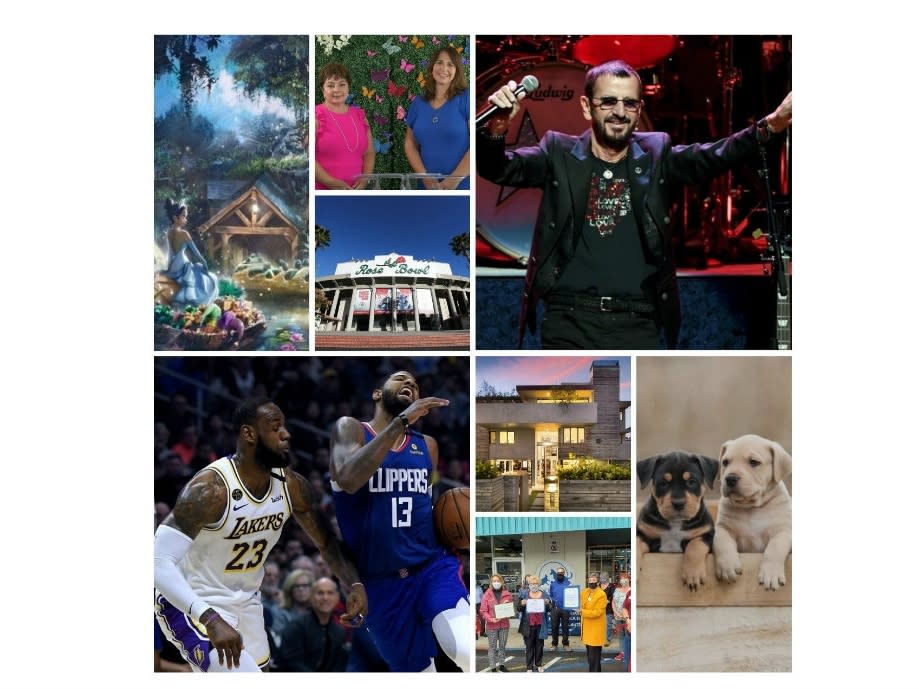