WASHINGTON — The federal government’s leadership in the coronavirus crisis has so faded that state and local health officials have been left to figure out on their own how to handle rising infections and to navigate conflicting signals from the White House.

About 800 Americans a day are still dying of COVID-19, a pace that, if sustained over the next few months, would yield more than 200,000 dead by the end of September. Arizona, Florida, Nevada, Oregon and Texas all reported their largest one-day increases in new cases on Tuesday.

On Wednesday, Oklahoma recorded 259 new cases, a single-day record for the second day in a row, and just three days before President Donald Trump is scheduled to hold an indoor campaign rally in Tulsa in defiance of his own administration’s guidelines for “phased reopening.”

Yet despite Trump’s assurances Wednesday night during a Sean Hannity interview that the virus is “fading away,” the Trump campaign is requiring rallygoers to sign a statement waiving their right to sue the campaign if they get sick.

That is hardly the only confused signal from Washington. While the president refuses to wear a mask, Surgeon General Jerome Adams has spent this week imploring Americans to do so. Meanwhile, Vice President Mike Pence insisted in an opinion piece in The Wall Street Journal this week that panic over a second wave was “overblown.”

“As states are moving to reopen the economy, as people are increasing their social activities, it becomes even more important that the public understand the critical value in following public health guidance — wearing masks, social distancing, washing hands, staying home if you’re sick,” said Dr. Richard Besser, a former acting director of the Centers for Disease Control and Prevention, whose regular briefings during the H1N1 pandemic of 2009 have been cited as a model of good crisis communications.

But, he added, “without that daily reinforcement, you have what is happening around the country — people not believing the pandemic is real, cases rising in some places and the possibility that some communities’ health care systems will get overwhelmed.”

In the early months of the pandemic, Trump made himself the center of daily coronavirus briefings, but when he ceded the lectern, health officials like Dr. Anthony Fauci, the nation’s top infectious disease expert, had a powerful platform to give guidance to the public.

But Trump gave up the daily appearances well over a month ago, after the ridicule that followed his suggestion that his health advisers look into injecting patients with disinfectants and using ultraviolet light inside their bodies. He took Fauci and another respected voice, Dr. Deborah Birx, the administration’s coronavirus response coordinator, offstage with him.

States have been left to make do. In North Carolina, as Gov. Roy Cooper privately appealed over the weekend to Pence for the federal government to set up 100 test sites, health officials sought guidance from academics on what to tell the public.

In Florida, a huge upswing in coronavirus cases has been greeted with a shrug from Gov. Ron DeSantis, who attributes it to “widespread testing of asymptomatic people.” With little guidance from the state or federal officials, the owners of some restaurants, bars and stores have shut down voluntarily until their entire staffs can get tested.

“It’s pretty nerve-racking to make decisions as business owners, and to not know if it’s dangerous or safe,” said Alsace Walentine, the owner of Tombolo Books in St. Petersburg, Florida, which is allowing customers inside by appointment only. “So we’re just going on our gut and on the information we can get every day.”

In Texas, the conflicting messages were on full display this week, when mayors from the state’s largest cities wrote a joint letter to Gov. Greg Abbott, a Republican, asking for the authority to require residents to wear masks in public. The governor’s statewide policies do not require that, although he encourages it.

“It is important for the messaging on the state, federal and local level to be as consistent as possible,” Mayor Sylvester Turner of Houston told reporters at a news conference on Wednesday, a black mask covering his face.

Left unsaid was that Trump has refused, by and large, to wear a face mask in public. When asked about what guidance, if any, he had received from the White House and the CDC as cases in his city and state ticked upward, Turner, a Democrat, paused for 10 seconds.

“You did get that answer?” he asked wryly. “It wasn’t too nuanced, was it?”

The Texas supermarket chain H-E-B found itself torn between angry customers and hamstrung local officials when it gave up on enforcing mask requirements. Thousands signed an online petition in protest, but a company spokeswoman said that “without any guidance or rules from the local government like we had a couple of weeks ago, there is nothing to enforce.”

In Bexar County, Texas, which includes San Antonio, officials circumvented the governor’s order on Wednesday and issued a mask requirement inside businesses. H-E-B indicated it would, too, in areas with requirements.

In Washington, Trump’s coronavirus task force is going through a slow death. The group remains intact but meets only twice a week, often for just an hour, and without the public component. It is being gradually overtaken, in attention and resources, by Operation Warp Speed, the crash effort to develop a vaccine and have 100 million doses ready by the end of the year.

Fauci rarely speaks with Trump these days; he told National Public Radio this week that they had not talked in two weeks, when they met on vaccine development. At Wednesday’s task force meeting, Fauci called on the group to do a better job of informing the public on differences between a wave, a spike and a rise in cases because of testing.

“We’ve got to figure out a way to better communicate the difference between those things,” he said, according to a senior official present.

Birx, who runs the task force day to day, briefs the president on the pandemic less frequently than before, senior administration officials said.

The man introduced to the nation months ago as the “testing czar,” Adm. Brett Giroir, has returned to his old job as assistant secretary of health to focus on a wide range of public health matters including childhood vaccination, the opioid epidemic and AIDS.

That has left the country with no singular public voices updating citizens, businesses and state and local governments on best practices. Where once there were voices, now there are just echoes — a promising study in Britain about a steroid that may save the lives of the sickest patients, new evidence of the benefits of staying outdoors. But there is no clarion federal guidance.

Past pandemics, and simulations conducted by the federal government to prepare for new ones, all teach the same lesson: Having clear, consistent and regular communication with the public is essential to managing any infectious disease outbreak. The CDC has a 462-page manual for crisis communications, which it uses to train state and local health officials.

“It’s a great guide, and it’s just been tossed out the window,” said Joshua Sharfstein, an expert in public health communications at Johns Hopkins School of Public Health, who uses the manual in his classes.

In many states, governors have instituted their own regular coronavirus updates. Gov. Kate Brown of Oregon, a Democrat, had a news conference last week to announce a pause in reopening for seven days because of the spike in infections. Gov. Andrew Cuomo of New York became a darling of national Democrats with his own daily televised appearances. With the number of cases declining there, Cuomo announced on Wednesday that he would end the briefings on Friday.

“We did what we had to do, my friends, and we did it together, and we did it every day, and now we’re going to move on to other things,” the governor said.

In North Carolina, where the caseload has shot up to nearly 50,000 after the state’s stay-at-home order expired at the end of May, health officials conduct two or three briefings as week, often with Cooper, the governor and a Democrat, in attendance. Privately, they have lamented the lack of clear, regularly updated guidance on communications from the CDC on how to talk to the public about the coronavirus threat, according to a senior state official who did not want to be quoted criticizing the Trump administration.

Mandy Cohen, North Carolina’s health secretary, has been consulting with her counterparts from other states, as well as academics and Dr. Tom Frieden, a former CDC director whose health advocacy group, Resolve to Save Lives, published a “playbook” on Tuesday to help states with their contact-tracing efforts.

In past public health crises, when the White House quit updating the public, the CDC continued on its own. Tom Skinner, a spokesman for the agency, said in an email on Wednesday that the “CDC has done a few recent briefings and is planning to do more in the future.” He said the agency had “produced vast amounts of information on COVID-19 for intended use by state and local health officials when communicating to the public.”

But written guidance to state officials is no substitute for a live human talking directly to members of the public on a regular basis, health experts say. Direct communications instill public trust in government health officials — even when those officials make mistakes — because they can engage in a running conversation with the public, explaining that as the science changes, their recommendations may change as well, public health experts say.

“The American public is remarkably forgiving of mistakes when you’re upfront: ‘Here’s why I’m making this judgment now, and things are changing,’” said Dr. Ezekiel Emanuel, a professor of bioethics and health policy at the University of Pennsylvania.

Some public health scientists and academics are talking about filling the void left by Washington and holding their own coronavirus briefings.

“I have thought about that,” said Dr. Ashish Jha, the director of the Harvard Global Health Institute, “but part of me feels like at the end of the day, this is why we have a government; they have access to data that we don’t and they can talk about policies and I can’t.”

The president’s own actions are further complicating matters.

For Trump, one member of the task force reported, the coronavirus is in the rearview mirror. Every announcement is supposed to focus on reopening and recovery. When he next appears to discuss the issue, aides say, it will most likely be to announce progress on a vaccine — even if no one can yet say which vaccine will win the race, or whether Chinese manufacturers will get there first. 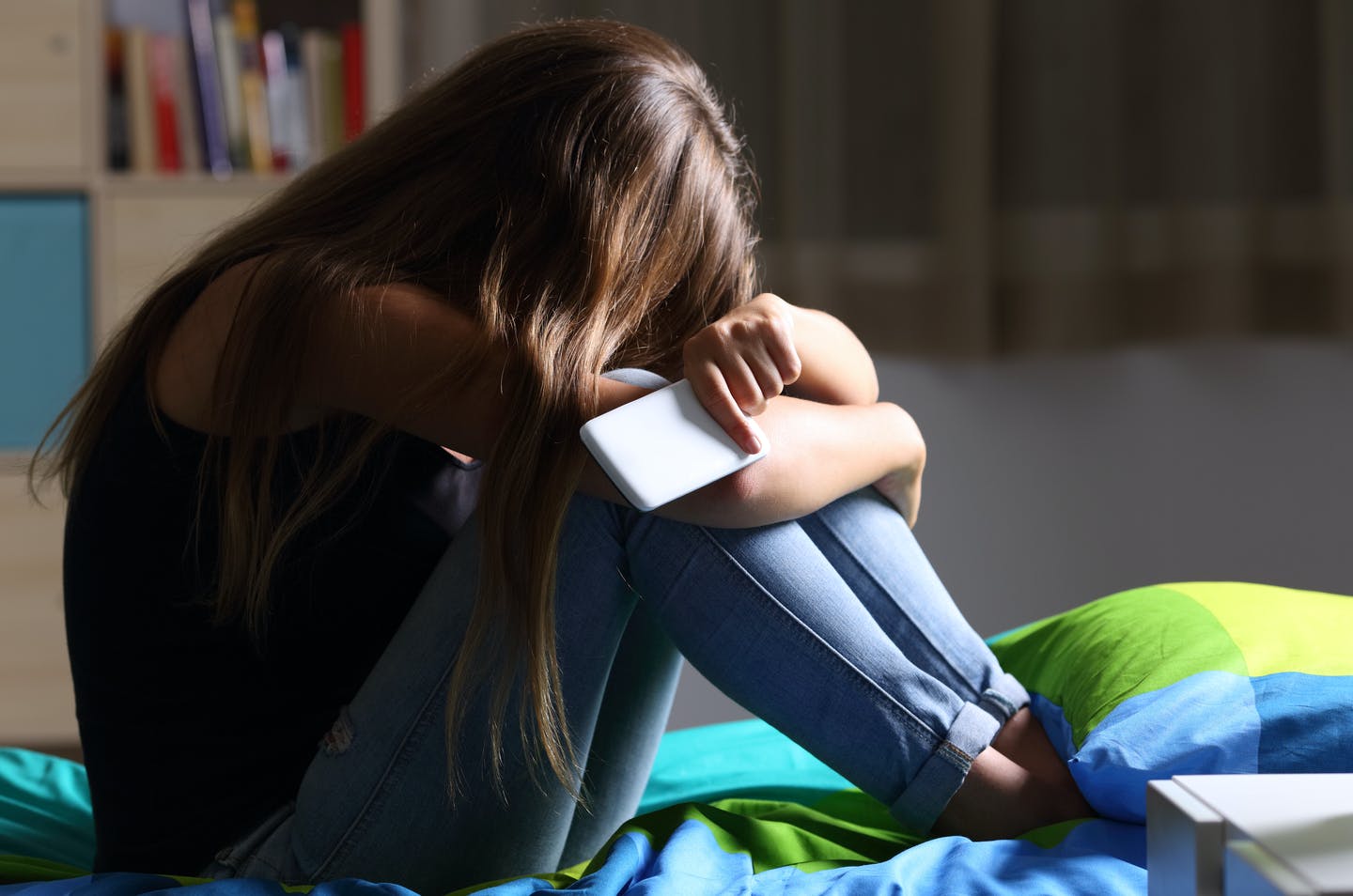