After becoming the first national motorsports series to race again during the novel coronavirus (COVID-19) pandemic, the World of Outlaws will become the first to race with full grandstands.

And in holding a July 2-4 holiday extravaganza at Cedar Lake Speedway in New Richmond, Wisconsin, the Outlaws will roll out a sophisticated health screening system relying on biometrics, algorithms and rapid COVID-19 testing on site to help usher in a crowd expected at more than 20,000 over the three days.

Details of the plan, which was constructed with IMPACT Health, Soter Technologies and NEXT Marketing, were unveiled Friday – and could be the blueprint for future attempts of conducting pro sports events at full capacity during the COVID-19 era.

“It’s definitely ambitious, but we believe we have the team and the process in place to keep everybody as safe as possible – as safe as they’ll be in a sports venue at this time,” World of Outlaws CEO Brian Carter told NBC Sports. “Right now, many, many, many people could really enjoy an escape. It’s something that we’re really looking forward to providing to them.

“Being the first to move to a full venue, I believe everybody will be watching us because we want to provide the path for everybody to get closer to normal as possible. So I’m hoping that the things we do at Cedar Lake on Independence Day will be a foundation for what will happen if you want to go to a sporting venue in the future until we figure out how to deal with this pandemic.”

Fans will enter the track by passing through contactless scanners that resemble the metal detectors in the TSA Precheck lanes of an airport. The SymptomSense machines measure four vital signs — temperature, heart rate, oxygen and respiration – to detect possible COVID-19 infections.

Within 3 seconds of a walkthrough, the scanner produces a result. A green light will allow fans to enter. A red light will put fans in testing protocol and a consult with on-site medical professionals.

Fans will be allowed to choose between a free COVID-19 test at an on-site mobile lab that will deliver results in 15 minutes, or they can opt out and receive a complimentary DIRTVision pass to stream the race online at home.

Those who test negative can enter the track. Fans who test positive will be able to talk with Dr. Jack Faircloth, a Charlotte-based expert in COVID-19 policy who was instrumental in formulating the Outlaws’ “Return to Racing” standards.

World of Outlaws chief marketing officer Ben Geisler described the high-tech health screening as an unobtrusive and quick experience and said it’ll be similar to what already is offered at shopping malls and drive-through locations across the country.

“We feel we have the ability to provide a best-in-class experience for race fans to attend the event in comfort and confidence and let themselves be entertained,” Geisler told NBC Sports. “At its core, sports are not the most important thing on the planet right now. But from a mental health perspective, we believe the distraction sports provide is an important piece of what’s going on.

“Being ahead of the curve of getting back on track, first with limited crowds and now a full crowd, we’ve done it in a responsible way and with the best science available — certainly with cutting edge technology in this case.”

The Outlaws race also will be an important case study for IMPACT Health and NEXT Marketing, which are exploring the possibility of working on other large-scale sports events later this year.

Geisler said the screening procedures could be a path toward reigniting a crucial summer slate that traditionally has included some of the Outlaws’ biggest events, such as the Kings Royal at Eldora Speedway.

“I’m not saying we will use this at every event, but I think it’ll be a part of running some big events,” Geisler said. “But everything is different county by county and state by state, and it’ll continue to be a process all year long.”

Since its May 8 return with a sprint car race before empty grandstands at Knoxville Raceway in Iowa, the Outlaws have run nearly 20 events with limited crowds that have ranged from 25 to 50 percent capacity, typically varying by county and state regulations.

Cedar Lake Speedway is about 45 minutes northeast of Minneapolis, Minnesota, in St. Croix County, which has had a low incident rate for COVID-19. The 0.37-mile clay oval has held racing since mid-May.

The dirt track has a capacity of 10,000, and Outlaws officials expect its grandstands to be full July 3-4 for the feature races of the NOS Energy Drink Sprint Car and Morton Buildings Late Model series. The two circuits normally race together only at The Dirt Track at Charlotte in Concord, North Carolina, at the season-ending World Finals, whose format is the template for this event.

Crowds at Cedar Lake are expected to be double or triple those of the Outlaws’ previous largest attendance during the pandemic. The June 12-13 races at Knoxville drew between 3,000 to 4,000 fans.

Carter said the series is confident about playing host to a full crowd because of its steady progression from no fans to limited crowds in a “roller-coaster journey” of meeting varying regulations across several regions.

“On a typical year, we operate in 37 states, and it’s difficult enough with just the logistics of being in those localities,” Carter said. “Now you’ve got to deal with differing requirements in each location and differing relationships with the local authorities. So you can make a lot of progress in one place and the next weekend, you’re at a place that you have to backtrack on the way you’ve been operating.”

Carter said the Cedar Lake events also would require virtually flawless execution given the scrutiny of potentially being the largest attended sports events yet during the pandemic.

“It’s a significant amount of pressure, candidly,” he said. “The last thing we want to do is put anybody in a situation where it’s not good for everybody, so there’s pressure here to make certain that we’re doing as much as we possibly can giving the fans the choices they need to enjoy the event.”

The high-profile races, which are being televised on CBS Sports Network (as well as the series’ DIRTVision streaming platform), also are a critical step for the World of Outlaws, which relies heavily on its summer schedule as a cornerstone of revenue for the sanctioning body and its teams.

July and August historically are known as “the months of money” in dirt racing circles, and the purses at Cedar Lake next week will reflect that. The sprint car and late model main events each will pay $20,000 to win (double the normal amount) with a total purse of $274,000 (about $100,000 higher than normal).

Carter said the July 2-4 weekend will be “a very critical gateway” to the rest of the 2020 season.

“July 4 typically marks the middle of our season, and this is really trying to relaunch the core of our season from late summer into the fall, with the season calendar so jumbled at this point,” Carter said. “We’re hoping to kick off the remainder of the season with a bang, and I think we’re going to be able to get that done on Independence Day.”

Fri Jun 26 , 2020
Former Marine and Iraq War veteran Rep. Seth Moulton introduced a bill in Congress on Thursday that would make it easier for service members to seek mental health care outside their chain of command. The Brandon Act, named for Navy Aircrew Aviation Electrician’s Mate Striker Brandon Caserta, who died by […] 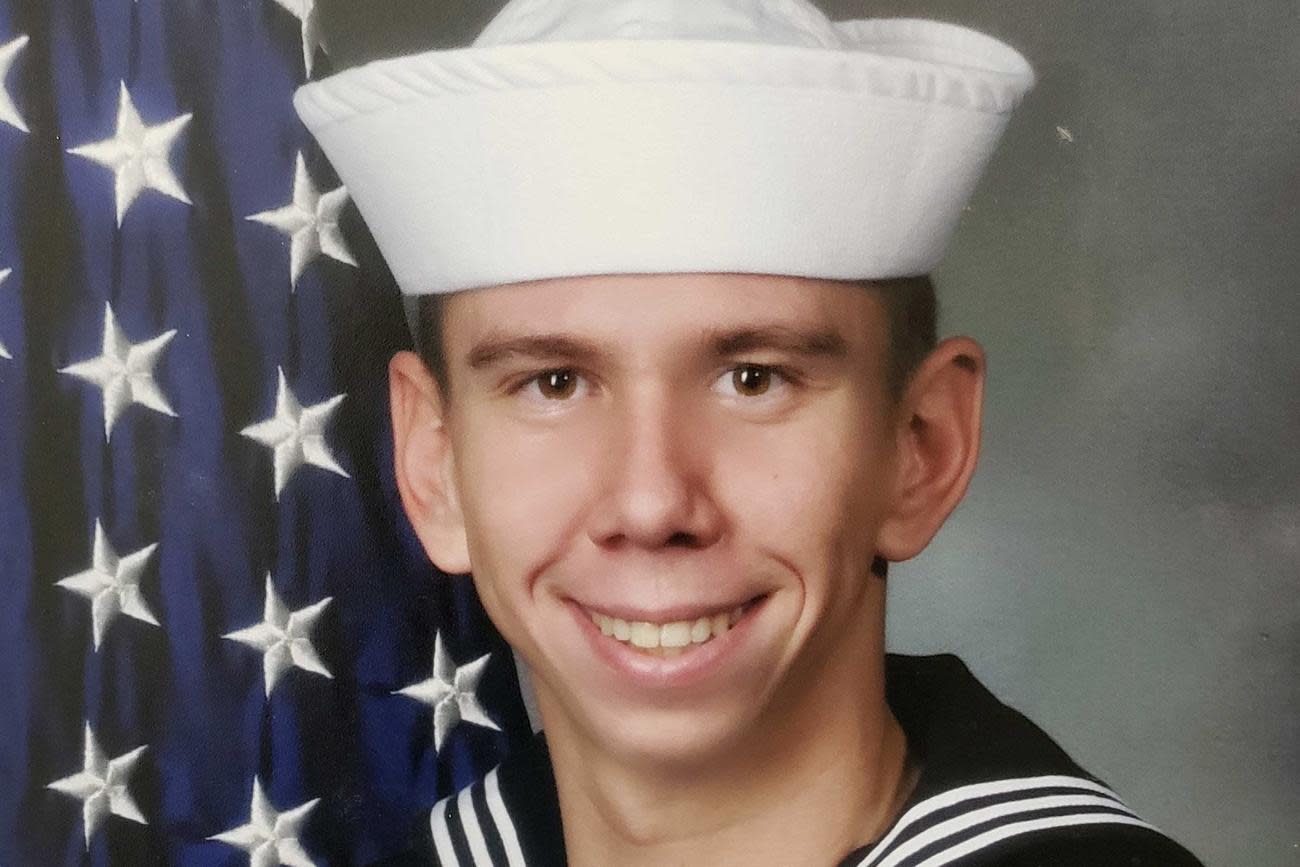