She had planned a grand opening for the first week of April, with 22 free classes over four days. She knew there was strong demand, as all the classes were full weeks in advance.

Then Yakima County reported its first two cases of COVID-19.

“By mid-March, I knew that (opening) wasn’t going to happen,” Ward said.

In April, she started doing classes on Instagram and offered bike rentals for a nominal fee. She also worked on an opening plan that would implement safety measures, including deep sanitation and social distancing.

Nearly six months later, Ward is still waiting to open StarCycle. With no revenue, she has been covering expenses with personal funds.

“It’s so disheartening to have to sit back and wait and have no control over the situation,” she said.

Gym and fitness center owners like Ward are growing frustrated as closures continue.

When the state launched its four-phase reopening plan in early May, gyms and fitness centers weren’t allowed to resume operations until Phase 3. Later that month, gyms were also allowed for Phase 2 counties, but with a limit of five participants at any given time.

In early August, the guidelines were revised again to require physical distancing in gyms and fitness facilities of at least 300 square feet per person, or about 17 feet.

But Yakima County is in modified Phase 1, which means gyms and fitness centers can’t reopen. And with the county pausing review of applications to progress to the next phase, owners are uncertain when they can reopen.

The Yakima Health District has worked with the state Department of Health to allow facilities to operate for limited fitness activities, including lap swimming and outdoor fitness classes.

The outdoor fitness classes were a lifeline for Erin Lantz and Jennifer Perrault, who were in the process of opening a Barre 3 boutique workout studio in Yakima.

When COVID-19 arrived in Yakima in early March, the pair had just secured space at the Westpark Shopping Center at 40th and Summitview avenues and started renovations. Perrault and Lantz planned to do free, in-person classes throughout the community while the studio was under construction.

With those in-person classes no longer a possibility under the COVID-19 restrictions, Perrault and Lantz sought an alternative. That turned out to be Instagram Live classes broadcast from local businesses. They started asking businesses whether they would open their space for their virtual classes. Every business they asked agreed.

“They were so open,” Perrault said. “They were businesses that have a great following who are loyal to them. We are just thankful they put their trust in us.”

Perrault and Lantz said the classes help them get brand awareness to the community, and it paid off when the pair started outdoor classes last week. The first classes sold out quickly.

They plan to do several a week, weather permitting.

“We’re just trying to meet the community where they’re at,” Lantz said.

These small steps forward have kept the pair motivated through challenging times.

“It’s really been a challenge and test in learning to take one step at a time and putting my focus on what we can do,” Perrault said.

Yakima Athletic Club and YAC Fitness will start offering outdoor classes this week, said Kris Bell, who is a general manager for both gyms. Like many other gyms, they had been doing online fitness classes.

Bell said members have been hungry for in-person social interaction. While activity is still limited, Bell said she’s glad to give gym members opportunities to exercise.

“The class participants have missed working out together,” she said.

Outdoor classes, however, are far from being an ideal substitute for an indoor fitness facility. And they may not even be an option for many fitness facilities.

Ward, the StarCycle owner, said doing outdoor classes would require people riding bikes outside in the parking lot of Rainier Square, the Yakima-based shopping center where the studio is located. The classes would be a disruption to neighboring businesses and likely not a pleasant experience for participants, either.

“It’s not the experience I want to give my clients,” she said. “I’m an indoor boutique, indoor spin class studio. It’s meant to be indoors. It’s not meant to be in an outdoor setting.”

With so much uncertainty, gym owners are doing what they can to influence policy and stay afloat.

Both Yakima Athletic Club and StarCycle have been involved with Washington Fitness Alliance, a statewide coalition making the case that they can safely operate at higher volumes.

Several local gyms, including the Anytime Fitness in Selah, decided to operate anyway and were fined for violating the state’s Safe Start guidelines. Wes Bradshaw, the owner of the Selah gym and several others, said in a GoFundMe page for a “Health and Fitness Legal Fund” that he was operating safely and that there was “no greater weapon against COVID-19 than an individual’s healthy lifestyle.”

Bell, the Yakima Athletic Club and YAC Fitness general manager, said she doesn’t understand why state officials consider gyms such a problem relative to other activities. She believes gyms have been unfairly deemed “the bad guys.”

“I think there’s the stereotype of the gym — people packed in, sweaty weightlifting guys dripping,” she said. “That’s just not really how the modern-day gym works.”

She said it’s “unfortunate” that some gyms have opted to risk being fined and operate anyway.

“There’s got to be some trade-off somewhere,” she said. “People are going under.”

A Gold’s Gym franchisee canceled plans to open at the former Albertson’s property at 40th Avenue and Tieton Drive. Iron + Mortar, a personal training gym in Yakima, closed this summer.

The prospect of even more gyms and facilities closing has alarmed local leaders. Recently, local government officials wrote letters to state public health officials urging them to allow Yakima County’s fitness and gym facilities to reopen while the county is still in modified Phase 1.

In his email, State Rep. Jeremie DuFault noted the progress Yakima County has made in reducing COVID-19 infections. He also noted that other fitness centers statewide are operating safely.

“They are imperative to the physical and mental health of the community,” he wrote.

In a press briefing last week, Washington Health Secretary John Wiesman said he would discuss the requests with the Yakima Health District and health jurisdictions in the other modified Phase 1 counties.

“We have a very large facility. We would have no problem with the distancing requirements,” she said. “We feel we could be as safe as any of these big box stores everyone is going into.”

Ward, the StarCycle owner, said she plans to offer classes virtually to those who might not be able to attend in-person for health reasons.

Ward said that while “it doesn’t feel good” to spend money for an empty cycling studio, she’s doing it because she’s in Yakima for the long haul.

“Everyone is in the same situation in our community. I’m not unique,” she said. “I try to do my best to remain positive, keep my goals in sight and ensure there’s a new fitness opportunity for Yakima in the near future.”

What Is The Difference Between Vitamins And Supplements?

Wed Sep 23 , 2020
Our body is a very complex mechanism, and like a machine, it needs to be fuelled to continue to run as intended. The primary fuel the body needs to function appropriately is food, and not just any food, but good and healthy food. Usually, the body makes the necessary vitamins […] 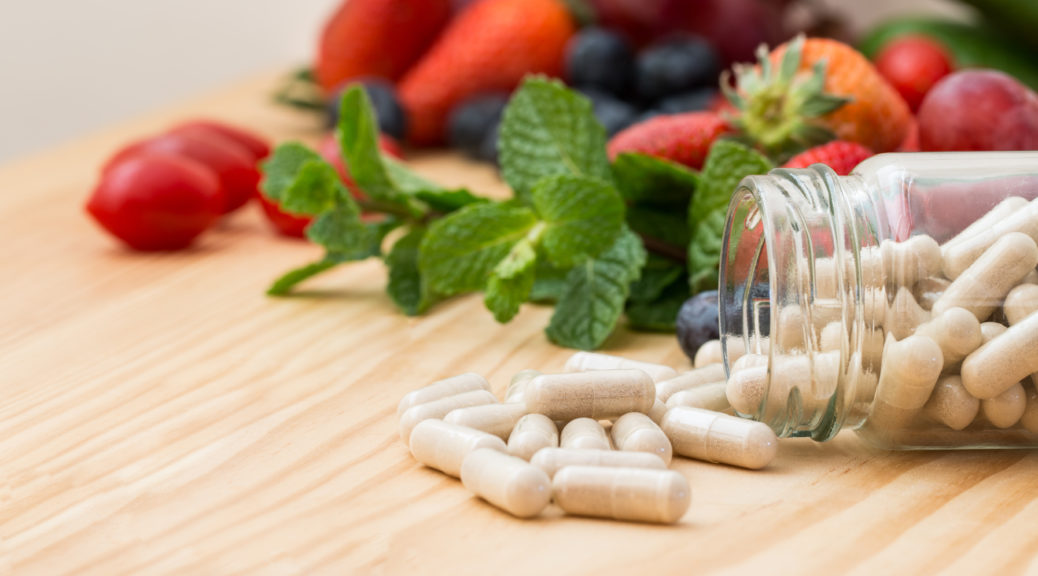