Mindbody CEO Josh McCarter joins Yahoo Finance’s On The Move panel to break down how the wellness industry is faring and weigh in on consumer behavior trends as more gyms reopen.

ADAM SHAPIRO: Earlier this week in New York City, and forgive me for being centered on New York City right now. They opened up the gyms. That was a big deal here. Now not all gyms, and there is limited capacity, but it was a big move for New York City, because a lot of people want to stay in shape and get back to the gym. So helping us understand the state of fitness and that business of gyms, we invite into the stream, Josh McCarter. He’s the CEO of Mindbody, joining us from Scottsdale, Arizona. We appreciate your being here.

JOSH MCCARTER: Thanks for having me, Adam.

ADAM SHAPIRO: So your business, it’s not necessarily a gym, if I’m accurate, but you follow the boutique gyms and people who want to get into shape. What can you tell us about how we’re getting through this pandemic?

JOSH MCCARTER: Yeah, so just to clarify. Our business is a software company, and we provide a software platform to tens of thousands of wellness businesses around the world that they use to manage their operations and run classes and transact with customers. So we’ve got great visibility across 120 plus countries, and seeing what’s happening with the fitness and the wellness industry. And what we’ve seen basically, is when the pandemic hit, that bookings went down anywhere between 70% and 80%. And so as different markets have started to reopen, they’ve rebounded very quickly. Some of the research that we have shows that roughly 95% of consumers say that they’re going to jump back into their gyms as soon as they’re open, and about 45% of those are saying that they’re also going to add on some virtual components to their workout routine.

JOSH MCCARTER: Yeah, every market’s different. And what we’ve seen is, some markets actually moved their gyms outside, so they were doing a lot of workouts outside. Well, obviously, in Scottsdale when it’s 115 degrees, that doesn’t really work. But in New York, we’ve seen things in Central Park and different areas where folks are working out. And so really, as people come back online, consumer demand seems to be there. We’ve seen that 60% of consumers say that they’re ready to go back into boutique fitness, and contrast that with 25% that say that they’re actually ready to go back to the big multiplex gyms, which is a little bit ironic, because in New York, they opened the larger gyms before they opened the boutique fitness studios.

RICK NEWMAN: Hey, Josh, Rick Newman here. My gym just reopened and I’ve been back a couple times. There was hardly anybody there.

RICK NEWMAN: They have to rope off every other machine for distancing. So when you say you’ve seen surveys saying 95% of gym customers say they’re dying to go back, I mean, do you believe that? And do you really think, I mean, so the basic question is, what is the economic outlook for this industry in a year or two?

JOSH MCCARTER: Yeah, well you know what? What we’ve seen is, is that the COVID has shown that the society as a whole is really just not well. And if anything, being locked up in a quarantine for a few months has not done a lot for people’s wellness, whether that’s physical or mental well-being. And so we do believe that folks are going to be going back. We’ve just seen it in our numbers. In certain markets as they open, the numbers increase over 40% week over week. So I think that in New York, you’re just at the very beginning of it. People are also coming back from holiday, they’re getting their kids back into school. And so my hunch is, is that by the time we’re starting to exit September and more of the regulations are released, that we should be able to see some jump in numbers.

ADAM SHAPIRO: Josh, here in the tri-state area essentially, some of your clients are actually filing suit against places like the city of New York, because they’re not being allowed to reopen, as I alluded to at the beginning. You’re not a part of the lawsuit, but what can you tell us about what you’re hearing from your clients about this?

JOSH MCCARTER: Yeah, I mean, it’s basically they’re saying, look, you have to have a way for us to be able to open and stay in business. Because effectively, a lot of the regulations, especially in Arizona previously, where some of these lawsuits started, really we’re putting people out of business. They gave no path for anybody to be able to open back up. And really what we’ve seen is, is that the regulations that people are using to reopen are the same things they could have done in April or May.

There’s no difference. It’s really about social distancing and cleaning and taking temperatures and so forth. And so I think personally, it’s about time that states are opening up. And I think that most of these lawsuits are going away, because the governors come back and end up opening up the states with regulations that have been proven effective.

DAN HOWLEY: OK, so Josh, when you look at people that are going back to gyms, are the gyms, what capacity are they at? Rick says that there are certain machines that are roped off. I’m sure different states have different levels of capacity that they’re offering. What are you seeing? And then how much is that impacting the gym owners? Because I imagine that they need to funnel tons of people in there to make up for the lost revenue for the past few months.

JOSH MCCARTER: Yeah. That’s exactly right. So I mean, the regulations vary widely. California is basically no, right now you can’t have a gym open. And when they go to their first phase, it’s going to be 10% occupancy, whereas in New York as they’re opening, it’s about a third. So they open with about 33% of occupancy. So it’s going to be very different. And even gyms that you were used to just walking into and jumping on a machine, in many cases now, are actually regulating and providing time slots when you can show up.

And so the financial implications of it for the businesses are frankly, just not great right now, because they’re going to have to be operating on a much reduced capacity and reduced revenues. What we do see on the boutique side though, is that folks are adding more classes. So even if they’re at a 33% or 25% capacity, they may add more classes throughout the day, so that they can still cycle through more of their members. And we think that that’s going to be a trend, as is maintaining a virtual component. So we really believe that a hybrid business model is going to be the wave of the future, at least for the next few years where gym and fitness instructors are going to be providing their workouts virtually either on demand or through streaming.

Mon Sep 7 , 2020
If you asked a dermatologist for a list of the best ingredients for skin, vitamin C might be at the top. Few ingredients are better for brightening skin, protecting it against aggressors, and addressing signs of aging. Another part of its appeal? “It’s great for all skin types and ages,” […] 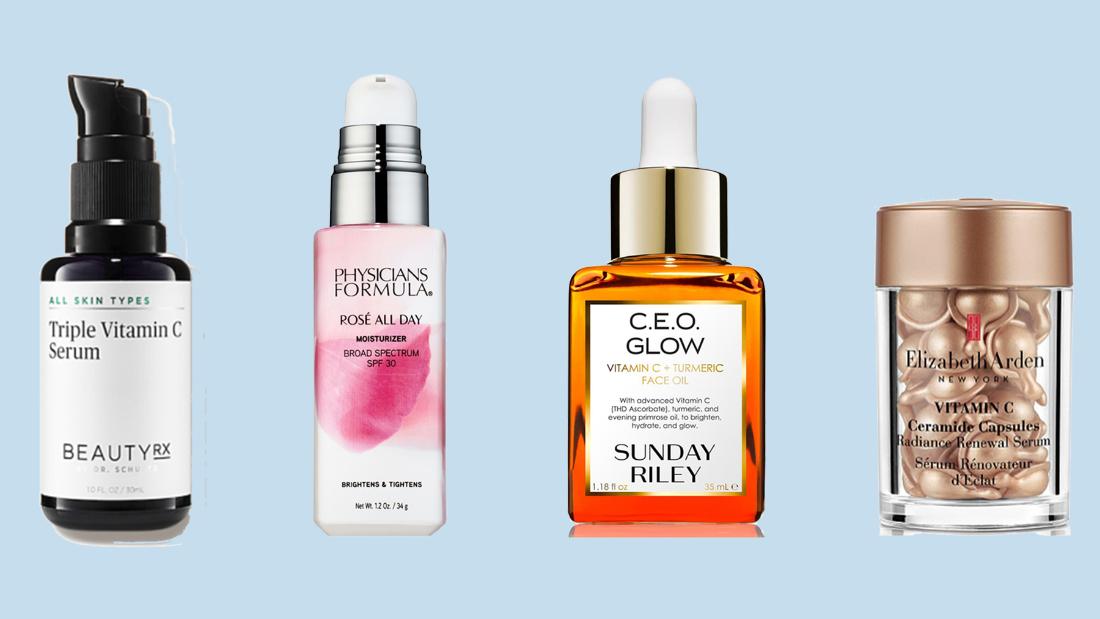