ST. PETERSBURG, Fla. — Florida announced a single-day record of 156 deaths from the coronavirus.

The state Department of Health reported 13,965 new coronavirus cases in Florida, bringing the total throughout the pandemic to nearly 316,000.

The U.S. Department of Labor also reported a surge in first-time filings for unemployment benefits in Florida. In the week ending July 11, there were 129,408 new filings, an increase of more than 62,000 from the previous week.

HERE’S WHAT YOU NEED TO KNOW ABOUT THE VIRUS OUTBREAK:

— Online classes only this fall in Richmond, Va.

— Coronavirus cases have surged to record levels in the Los Angeles area. Health officials say the nation’s most populous county is in “an alarming and dangerous phase” that if not reversed could overwhelm intensive care units and usher in more sweeping closures.

Follow all of AP’s pandemic coverage at http://apnews.com/VirusOutbreak and https://apnews.com/UnderstandingtheOutbreak

HERE’S WHAT ELSE IS HAPPENING:

JAKARTA, Indonesia — Jakarta Governor Anies Baswedan says the government will extend the large-scale social restrictions for the coronavirus because of an increase in hospitalizations.

“It will be very risky if we loosen the first phase of large-scale social restrictions to the second phase,” Baswedan said.

Baswedan says the local government is postponing the opening of some public spaces in Jakarta, including movie theaters and other indoor entertainment centers expected to open later this month. He’ll wait until “the data shows a better trend.”

In Jakarta, there were 713 confirmed deaths and a total of 15,636 cases reported on Thursday. The Indonesian government announced 1,574 new cases in Indonesia, bringing the total to 81,668.

The National Task Force for COVID-19 Mitigation reported 76 deaths in the last 24 hours, bringing the confirmed total death toll to 3,873.

BELGRADE, Serbia — Serbia’s prime minister says the coronavirus spike was caused by large protests about the government’s handling of the crisis.

Prime Minister Ana Brnabic says the increase in COVID-19 cases in the country “is a direct consequence of the protest gatherings.” However, she provided no numbers for the capital of Belgrade or other Serbian cities where sometimes violent protests erupted more than a week ago.

The protests initially started July 7 when Serbia’s president announced Belgrade would be placed under a three-day lockdown following a second wave of confirmed coronavirus infections.

The demonstrations continued despite President Aleksandar Vucic suspending his plan to enforce the lockdown. Instead, the government banned gatherings of more than 10 people and required masks indoors.

Brnabic says Serbia has reported 383 new cases and 13 confirmed deaths in the past 24 hours. The national total is more than 19,700 cases and 442 deaths since the start of the pandemic.

THE HAGUE, Netherlands — The Dutch government aims to introduce a coronavirus tracking app nationwide on Sept. 1 to help rein in the spread of the virus.

Health Minister Hugo de Jonge says the app will roll out across the country once final security tests are completed and only if the country’s privacy watchdog gives its approval.

De Jonge says the app will help officials “get a grip on the virus and prevent infections” and “the more people who download the app, the better.”

Use of the app is voluntary and the government says it doesn’t store information about users or their locations. It’s intended to bolster efforts by local health authorities to track and isolate people who were in contact with people known to be infected.

BERLIN — German officials say local travel bans could be used to curb coronavirus outbreaks, though on a smaller and more targeted scale.

Chancellor Angela Merkel’s chief of staff Helge Braun said earlier this week the government was considering limiting travel in and out of areas that have a sudden, unexplained surge in COVID-19 cases. Officials in various states objected to the idea of quarantining entire counties. Talks over the past two days led to a more precise solution.

Braun and his counterparts in Germany’s 16 states agreed Thursday that travel restrictions could be used if infections rise locally. A statement notes “these measures should be imposed in a targeted way and do not have to concern the whole county or the whole city.”

Pierre Somse told a World Health Organization briefing “we are in a scarcity, a misery of tests.” He says his country of more than 4 million people is still waiting for testing supplies ordered via the WHO.

He called for more than just talk about global solidarity in the pandemic, especially for “small and fragile” states.

He notes rich countries like Britain conduct thousands of tests daily while his country struggles to obtain supplies for a few hundred.

Central African Republic has more than 4,300 confirmed virus cases but the true number is unknown. Somse says, “it’s hiding a major health problem because we cannot have the real situation.”

He says without donations of testing materials from the Chinese, “we could not have done nothing, nothing at all.”

STOCKHOLM — Swedish prime minister defended the country not shutting down and less stringent methods for handling the coronavirus pandemic.

Prime Minister Stefan Lofven stressed in an interview with the Swedish newspaper Aftonbladet the key issue for the government during the crisis has been securing the functions vital to the Swedish society while “we try to limit the infection as much as possible.”

“It is a matter of protecting life, protecting health,” says Lofven, adding his government has worked hard to minimize the impact of the virus while noting there have been problems caring for the elderly.

On Thursday, there were 21 reported virus deaths in the past day. The total confirmed deaths in Sweden stands at 5,593 with 76,877 confirmed cases.

MADRID — Authorities in northern Spain are ordering the culling of more than 90,000 mink from a farm after about 90 animals were positive for the coronavirus in four waves of testing.

The Aragon regional government says it must take the “drastic” measure of ordering 92,700 mink culled in accordance with national animal health laws.

The farm in Teruel province’s La Puebla de Valverde has been under isolation since May 22 after seven workers tested positive.

The region’s chief of agriculture and environment, Joaquín Olona, says there is no evidence of whether the virus was transmitted from the workers to the animals or the other way around.

“We are absolutely certain that the virus is present in these animals and community transmission between animals is taking place,” Olona said, according to Spanish private news agency Europa Press. He adds the goal of the culling was to avoid “risks to public health.”

RICHMOND, Va. — Public schools in Richmond will hold only online classes this fall for all grade levels because of the coronavirus.

The Richmond School Board voted 8-1 Tuesday to go virtual after Superintendent Jason Kamras offered five plans, including hybrid lessons and allowing certain students and grades to return to classrooms.

Kamras says the online instruction will be broken down into live-teaching and playlist-teaching, where students could watch and respond to video lessons.

Teachers and staff will get additional training on how to work in a virtual environment. The district also plans to buy more laptops.

SARAJEVO, Bosnia-Herzegovina — Bosnia’s top intelligence officer and the prime ministers of the Balkan country’s two entities have tested positive for the coronavirus.

The Intelligence-Security Agency says director Osman Mehmedagic has mild symptoms of the disease and self-isolated, along with other agency employees who have been in contact.

The PM of the Bosniak-Croat entity, Fadil Novalic, tested positive and has been hospitalized with pneumonia. Bosnian media reported he’s in stable condition. Novalic recently took part in events marking the 1995 massacre in Srebrenica.

The Bosnian Serb PM Radovan Viskovic also has tested positive on the coronavirus.

Bosnia has seen a surge in the cases of the coronavirus, both in the half of the country run by Serbs and the remaining part dominated by Bosniaks and Croats.

More than 250 infections have been confirmed in the past 24 hours in Bosnia.

BERLIN — Germany’s health minister says a second wave of coronavirus infections in Europe can’t be ruled out, but he expects the continent will be prepared.

Most European Union countries have significantly eased restrictions on public life over recent weeks and outbreaks in several places have caused concern.

Spahn says although “the pandemic is largely under control,” it is “important for us in all of Europe to secure what has been achieved.”

He added: “I am very sure that a second wave, which certainly isn’t ruled out, won’t come suddenly. If it does, we would see it coming, if we test and are vigilant and attentive, and my impression is that we are in all 27 (EU) member states.”

JOHANNESBURG — As the first wave of the coronavirus pandemic crashes across Africa, the head of the Africa Centers for Disease Control and Prevention says the intellectual property from any effective vaccine should be made available for local manufacturing and swifter distribution.

John Nkengasong says Africa’s 1.3 billion people have “all kinds of differences in genetic makeup, so we want to be sure that we are participating fully” in vaccine trials.

Africa has more than 644,000 confirmed virus cases, nearly half in South Africa alone.

Concerns are widespread that a successful vaccine will be snapped up by richer countries and Africa will be last in line, an echo of when it took years for affordable HIV drugs to become available.

The Africa CDC chief says the continent has more than 80 potential clinical trial sites with the ability to enroll participants and monitor them carefully. He also warned that “we are in for a long, long journey” in this pandemic.

Tokyo Gov. Yuriko Koike says one reason is increased testing, which numbered more than 4,000 on Thursday. She says 760 people are hospitalized, seven in serious condition, while more than 350 are quarantined at hotels and homes.

Abe says, “We are looking at the situation with a high level of nervousness.”

Tourism is among the hardest hit in the massive fallout from the pandemic, causing the world’s third largest economy to tumble into recession.

Japan has nearly 23,000 confirmed coronavirus cases and about 1,000 deaths.

The change in date comes as the Mayenne area of the Loire region has seen several coronavirus outbreaks, and authorities have recorded a marginal increase in infections in the Paris region.

Calling the situation in Mayenne “problematic,” French Health Minister Olivier Veran said he asked the prefect of Mayenne personally to make masks compulsory in closed public places without waiting for the later date.

MADRID — Spain paid homage to the nation’s victims of the coronavirus and workers who put their lives at risk during the worst of the pandemic.

Relatives of around 100 people who died, representatives of medical personnel, police and other essential workers joined King Felipe VI and Queen Letizia in a solemn ceremony at an esplanade in Madrid’s Royal Palace. Others attending included government authorities and officials from the European Union and the World Health Organization.

The guests, masked and seated in a socially distanced fashion surrounding a central cauldron, included representatives from a dozen religious organizations and ambassadors. The ceremony was shown live on television and online.

All political parties are attending except the far-right Vox, whose leader has called the event “an exculpatory ceremony” for the left-wing ruling coalition led by Prime Minister Pedro Sánchez.

Spain has officially recorded 28,413 deaths among some 258,000 confirmed cases, although the numbers are likely higher.

Deputy Chief Medical Officer Michael Kidd gave no details of how the patient was infected in New South Wales state or whether that patient infected anyone else before COVID-19 was diagnosed.

People usually develop symptoms within five to seven days but may become infectious a day or two before their symptoms develop, Kidd said.

A person becoming infectious within 24 hours was unlikely to be evidence of the virus changing, Kidd said. It more likely reflected differences in individual reactions to the virus, he said. 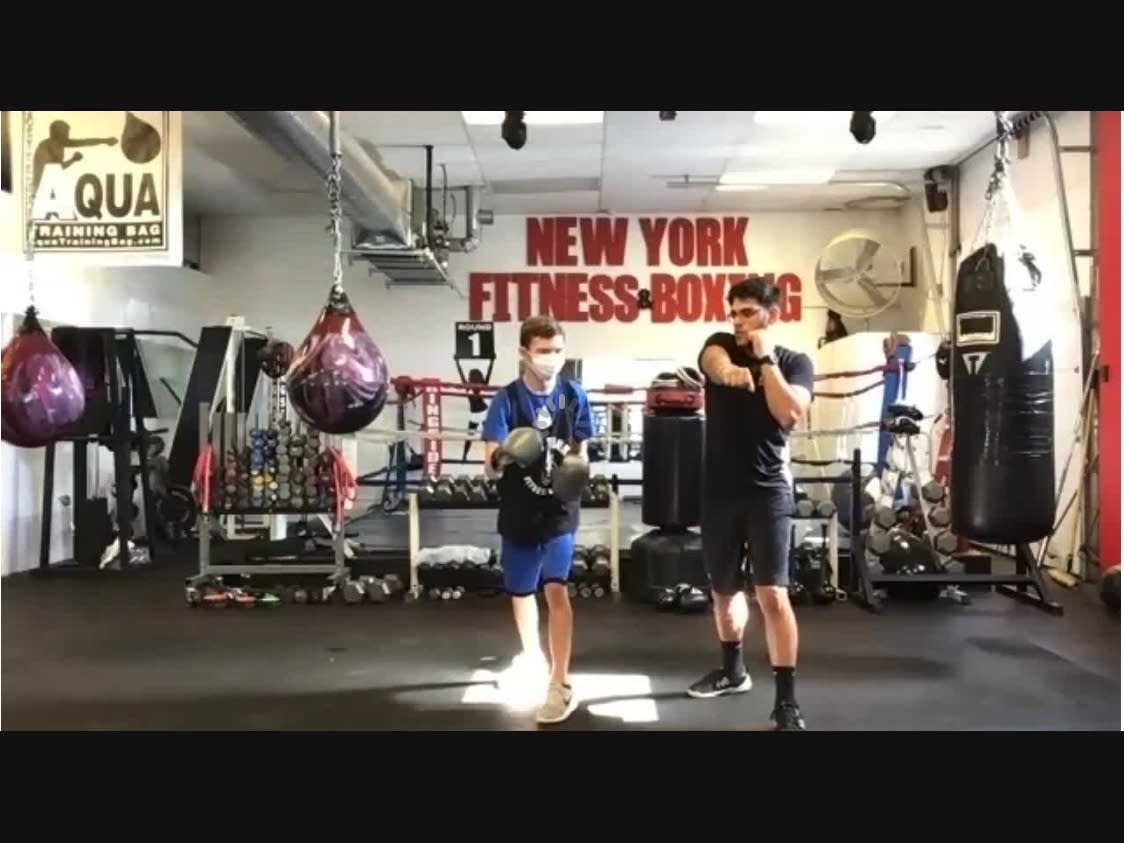