Users on the social media app TikTok are claiming some credit for the disappointing turnout at the president’s rally in Tulsa, Oklahoma, over the weekend, after a weeks-long campaign to artificially inflate the number of people registered to attend. The prank may have helped lead the Trump campaign to boast about more than a million people seeking tickets for the rally — while only about 6,200 ended up filling seats.

In the weeks leading up to the rally, TikTok users started spreading the idea of registering for free tickets with no intention of going — in hopes that they would take seats away from Trump supporters, and leave the president speaking to a hollowed-out stadium.

One of the most prominent posts about the prank came from 51-year-old Mary Jo Laupp, an Iowa woman who worked on Pete Buttigieg’s presidential campaign.

“I recommend that all of us who want to see this 19,000-seat auditorium barely filled or completely empty, go reserve tickets now, and leave him standing alone on the stage,” she said. “What do you say?”

Laupp said she was particularly outraged by Mr. Trump’s decision to host the rally in Tulsa — the site of a racist massacre of about 300 black people in 1921 — on Juneteenth, a holiday celebrating the emancipation of slaves. After initial uproar, the campaign rescheduled the rally for the day after Juneteenth.

She pointed out that the campaign allows anyone to sign up for two free tickets if they provide their phone number. Laupp suggested people register and then unsubscribe from the text messages the Trump campaign would try sending them.

The joke caught fire with TikTok users — mostly teens — who posted about how they signed up for tickets for the rally with no intention of attending. One user posted a video showing she registered as “Hugh Jass.”

Even teens outside the U.S. got involved. Roberto Quinlan, a professor at York University in Toronto, said his teenage daughter told him about the prank and was eager to see how it turned out. He compared it to the political tricks once pulled by Roger Stone, the former Trump adviser who is set to serve prison time for obstruction charges stemming from the Mueller investigation.

“This is probably the type of political op that would be given the Roger Stone seal of approval — if it had been carried out by a campaign he worked for,” Quinlan told CBS News.

It’s unlikely that the TikTok campaign had any effect on the low turnout — the Trump campaign always allows excess registrations, and attendees get into the rally on a first-come basis, meaning that anyone who showed up and wanted one of the thousands of empty seats could have had one.

Rather, the prank seems to have played a part in tricking the Trump campaign into publicly bragging about a massive crowd that never existed. When the rally saw 800,000 registrations, Trump campaign manager Brad Parscale tweeted, “Biggest data haul and rally signup of all time by 10x.” He later proclaimed that more than one million people had registered to attend.

Over 1M ticket requests for the @realDonaldTrump #MAGA Rally in Tulsa on Saturday.Before entering each guest will get:✅Temperature check✅Hand sanitizer✅MaskThere will be precautions for the heat and bottled water as well.

New York Representative Alexandria Ocasio-Cortez highlighted the role that TikTok users played in pulling one over on the president’s campaign.

“Actually you just got ROCKED by teens on TikTok who flooded the Trump campaign w/ fake ticket reservations & tricked you into believing a million people wanted your white supremacist open mic enough to pack an arena during COVID,” she wrote on Twitter to Parscale after he blamed protesters for the low turnout.

Actually you just got ROCKED by teens on TikTok who flooded the Trump campaign w/ fake ticket reservations & tricked you into believing a million people wanted your white supremacist open mic enough to pack an arena during COVIDShout out to Zoomers. Y’all make me so proud. ☺️ https://t.co/jGrp5bSZ9T

“Shout out to Zoomers. Y’all make me so proud,” Ocasio-Cortez added.

Two days before the rally, Mr. Trump said at the White House, “It’s a crowd like, I guess, nobody’s seen before. We have tremendous, tremendous requests for tickets — like, I think, probably has never happened politically before.”But when Mr. Trump walked onto the stage at Tulsa’s BOK Center, there were fewer than 6,200 people there to see him, according to the city’s fire department. About two-thirds of the stadium wasn’t filled, and photos from the rally showed rows upon rows of empty blue chairs.

The campaign also canceled plans for the president to deliver a speech to the overflow crowd outside — because there wasn’t one.

The Trump campaign spread the blame for the low turnout, pointing fingers at protesters an news media for reporting on the health risks of attending the rally during a pandemic. Parscale also issued a statement that alluded to the TikTok trolling, downplaying media reports about how well the prank seemed to work.

“Leftists and online trolls doing a victory lap, thinking they somehow impacted rally attendance, don’t know what they’re talking about or how our rallies work,” he said.

Mr. Trump’s rally on Saturday was his first in more than three months, as the coronavirus pandemic put a pause on in-person campaigning. The campaign pressed ahead with the rally in spite of warnings from health officials about holding it in a county and state where coronavirus cases are still rising.

Tue Jun 23 , 2020
Mental health and addiction treatment centers and counselors have been overwhelmed with work during the coronavirus pandemic and economic crash. But many are struggling to stay afloat amid confusion and delays over the federal bailout for the health care industry. Some have waited months for the release of promised aid. […] 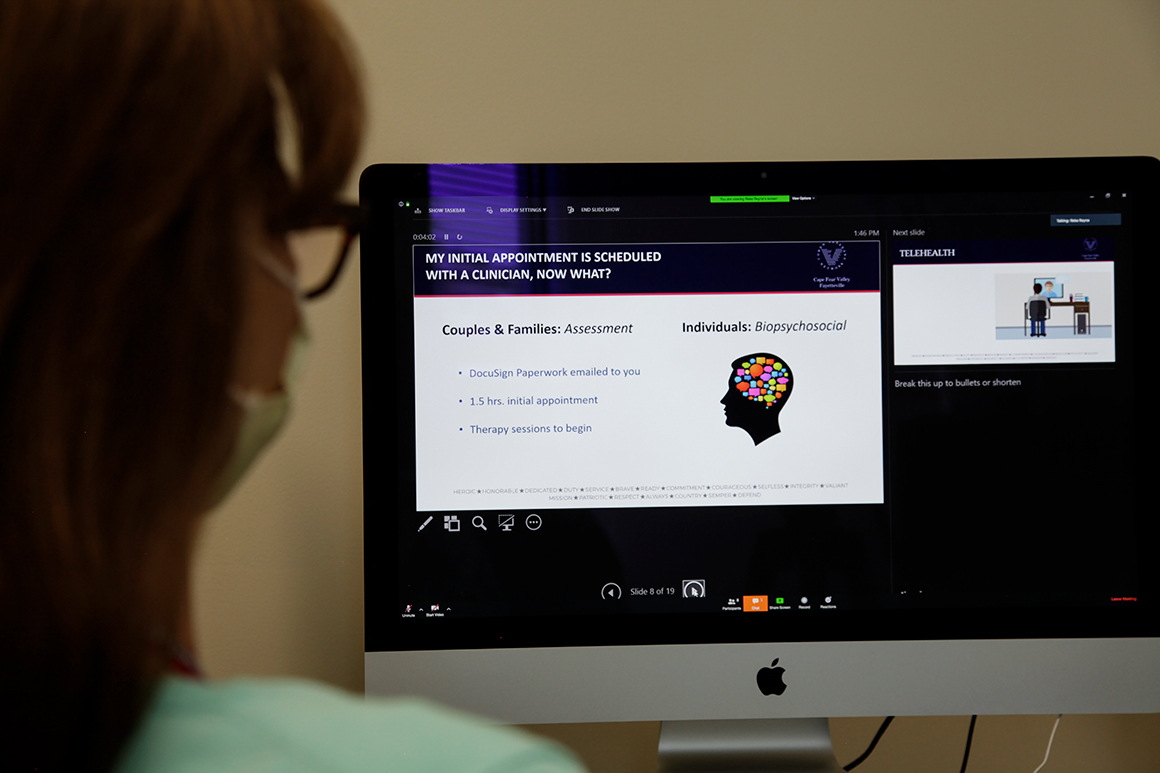