Sreenidhi FC, the Telangana-based group, has drawn out a long-term plan to build a sustainable football club and target a place in the I-League in the near future.

The club & academy, owned by the region’s well known Sreenidhi Educational Group, has taken an interest in Indian football since 2016. The group already had a fully-fledged cricket ground and infrastructure for other sports but they waited and observed before delving into the tricky world of football in India.

Chairman of the group Dr. KT Mahi, who is also the chairman of the Telangana Football Association (TFA) and Sreenidhi’s director Abhijit Rao brought the academy to life. The focus early on was to work out a plan to improve the grassroots and infrastructure and in 2018, the club stepped up their efforts as they brought in UEFA B-Licensed coach Fabio Ferreira as the Technical Director.

It was a step in the right direction or a club that wanted to be professional in what they are trying to achieve. And two years later, they are one of the three clubs to have picked up the bid document to gain entry into the I-League.

“It is not about bidding for I-League and just creating a first-team, that is why we waited for five years before going ahead,” club director Abhijit Rao told Goal.

“We have been observing Indian football for a few years now. One thing we knew for sure of is that we want a sustainable model. it is not about putting everything into the first team. We feel that we have built a foundation and felt it is the right time to take the opportunity. We are waiting to hear from the AIFF.”

Running a football academy in India, without a solid source fo revenue, is a challenging task. Sreenidhi also has had to take it one step at a time. Now, with several years of functioning as a regular in the age-category leagues in India, the club looks ready for the next step.

“It is important to plan well. We could have tried to get accredited with the AIFF when we started. We wanted to plan properly and the most important thing is the long term project, even if we play in the I -League. We are not going to invest heavily on foreign players. we want a balanced approach.

“We are not going to go for the championship in the first year. Whoever we appoint as a head coach, we are going to give them a three-year contract. We want to invest more and give more gametime to Indian players. There are so many positions which Indian players don’t play – the striker, for example. How are they going to improve if they don’t play in that position? We don’t want to keep on pumping money, it is a long-term project,” Rao shared his thoughts.

The Coronavirus pandemic has affected Sreenidhi’s plans to an extent. They had a residential academy coming up but that will now only be looked at next year. Their grassroots level programs had to be stopped for obvious reasons and the team is currently looking to kickstart online coaching and fitness sessions to keep the players engaged.

“Everything you do at a club should be to achieve sustainability. The idea is to build a good team and when we get guys with expertise in, the idea is also to educate other Indian coaches. It is not only about developing our club, the TFA is very open to working with us to try and develop an ecosystem here. Only when we make an ecosystem, we can make a significant impact.

“Another focus is to try and give our players more gametime, Apart from the youth leagues, we are trying to send players for tournaments. The main objective is to at least vie our young players at least 20 matches per year. The TFA is taking a serious look into it.”

All this is good news for the footballer levers in Andhra Pradesh and Telangana, a region that boasted of world-class India national team players and achieved a lot of success in the 1950s and 60s.

Abhijit added, “We want to give back to football in Telengana and Andhra Pradesh. We recruit locally as much as possible. We will definitely be encouraging local talents regardless of whether we play in the I League or not.”

Thus the project is definitely rolling, I-League or no I-League.

Wed Jul 22 , 2020
LAND O’ LAKES, FL — At least one Tampa Bay school district won’t be sending students back to school April 10. Pasco County School Superintendent Kurt Browning recommended a two-week delay to the start of the school year, with students returning to school on Aug. 24 instead of Aug. 10. […] 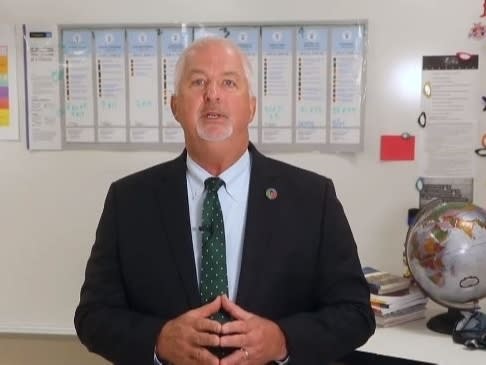