(Bloomberg) — Unemployment is high. Credit is tight. And scientists are warning that a dangerous second wave of the coronavirus is coming. But somehow, U.S. mortgage companies are having one of their best years in history.

Just ask Keith VandenAkker. He’s forgoing weekends to keep up with the work.

In 22 years as a Massachusetts mortgage appraiser, he’s never been this busy. The jump in refinancing was to be expected, with rates near record lows. The surprise, he said, is that the spring property sales season, delayed for a couple months by the health crisis, is demanding most of his time.

“June is kicking my butt,” VandenAkker said, rushing in his silver Subaru, mask in hand, to the next appraisal. “I got 8 or 9 orders yesterday and I’m just a one-man show.”

Lenders are getting bombarded with calls from homeowners looking for cheaper loans. They’re also hearing from potential buyers who are tired of feeling imprisoned in tight quarters or want to flee cities where the virus can easily spread. Mortgage companies’ profit margins are ballooning, even after paying overtime and signing bonuses to lure away the best loan officers from competitors.

Interest rate cuts by the Federal Reserve have pushed down the average rate for a 30-year mortgage to a shockingly low 3.2%, but that includes a thick cushion of profit for originators. Lenders sell most of the loans they make, and the spread between what they charge borrowers and what they’re able to sell the loans for, typically benchmarked by 10-year treasury yields, was at its widest in April since 2008.

That month a measure of lenders’ profitability maintained by the Urban Institute hit its highest point on record.

Mortgage lenders have been able to “maintain pricing and not pass along all of those rate savings to consumers,” said Christopher Cartwright, chief executive officer of credit bureau TransUnion.

Lenders have been able to command premium prices from investors, who are paying up for new loans to meet high demand for new mortgage bonds from banks flooded with deposits and unprecedented purchasing by the Federal Reserve, said Robert Perry, who oversees investment strategy at financial advisory firm ALM First Group LLC.

Mr. Cooper Group Inc., one of the industry’s biggest companies, told investors on May 28 that its margins this quarter could be 3%, more than triple its second-quarter rate last year.

“The margins in the origination business are some of the widest margins we’ve seen in years,” Michael Nierenberg, chief executive officer of New Residential Investment Corp., said on the company’s May earnings call.

Consumers aren’t complaining. In rising numbers, they’re applying for mortgages, with purchase applications increasing for eight straight weeks, according to a Mortgage Bankers Association seasonally-adjusted index. They’re at the highest level since late January, just shy of a 12-year record.

Mortgage lending hasn’t been this profitable this early in a year since 2013, according to data from the Mortgage Bankers Association. Margins averaged about 61 basis points per loan made from January to March, nearly double the first-quarter average dating to 2008, said Marina Walsh, MBA’s vice president of industry analysis.

Some 78% of nonbank lenders were profitable last quarter, according to an MBA study. Since business typically picks up during the spring and summer, this year could be one of the industry’s best, said Walsh, who’s been analyzing mortgage profitability for about two decades.

Boom times in the homebuying and mortgage industries help illustrate America’s widening economic divide: white-collar workers who have largely kept their jobs by working at home are now chasing historically low mortgage rates, while low-wage workers in industries hard hit by the coronavirus are struggling to keep up with their rent.

The surge in mortgage lending is partly pent up demand because buyers took a pause in March and April, said Joel Kan, an economist at the Mortgage Bankers Association.

The mortgage industry has been hiring staff to handle all the business. Still, housing could be vulnerable if the economy is slow to rebound, or if the U.S. is hit by another virus outbreak that forces shut downs. Repossessions — temporarily held back by state and local bans and the federal loan forbearance program — will eventually resume. Nearly 4.3 million homeowners were in payment relief plans as of June 7, according to an estimate from the MBA.

But for now, the recent stock market rally is not only boosting buyer confidence, it’s providing money for their down payments.

Meanwhile, lenders are now earning almost twice as much per loan as they did last year, said Jim Cameron, senior partner with STRATMOR Group, an industry consulting firm in Greenwood Village, Colorado. Employees are also earning more, including underwriters, who are now a hot commodity.

Loan officers, who earned about $120,000 on average last year, are now making as much as 50% more, he said. The best are earning more than $1 million.

(Adds data on homeowners in forbearance.)

Tue Jun 16 , 2020
Boris Johnson More than 2 million people who are under orders to stay home and be fully “shielded” will be told they can stop isolating at the end of next month, it has emerged. After being forced to “cocoon” themselves at home since the beginning of lockdown, members of the public […] 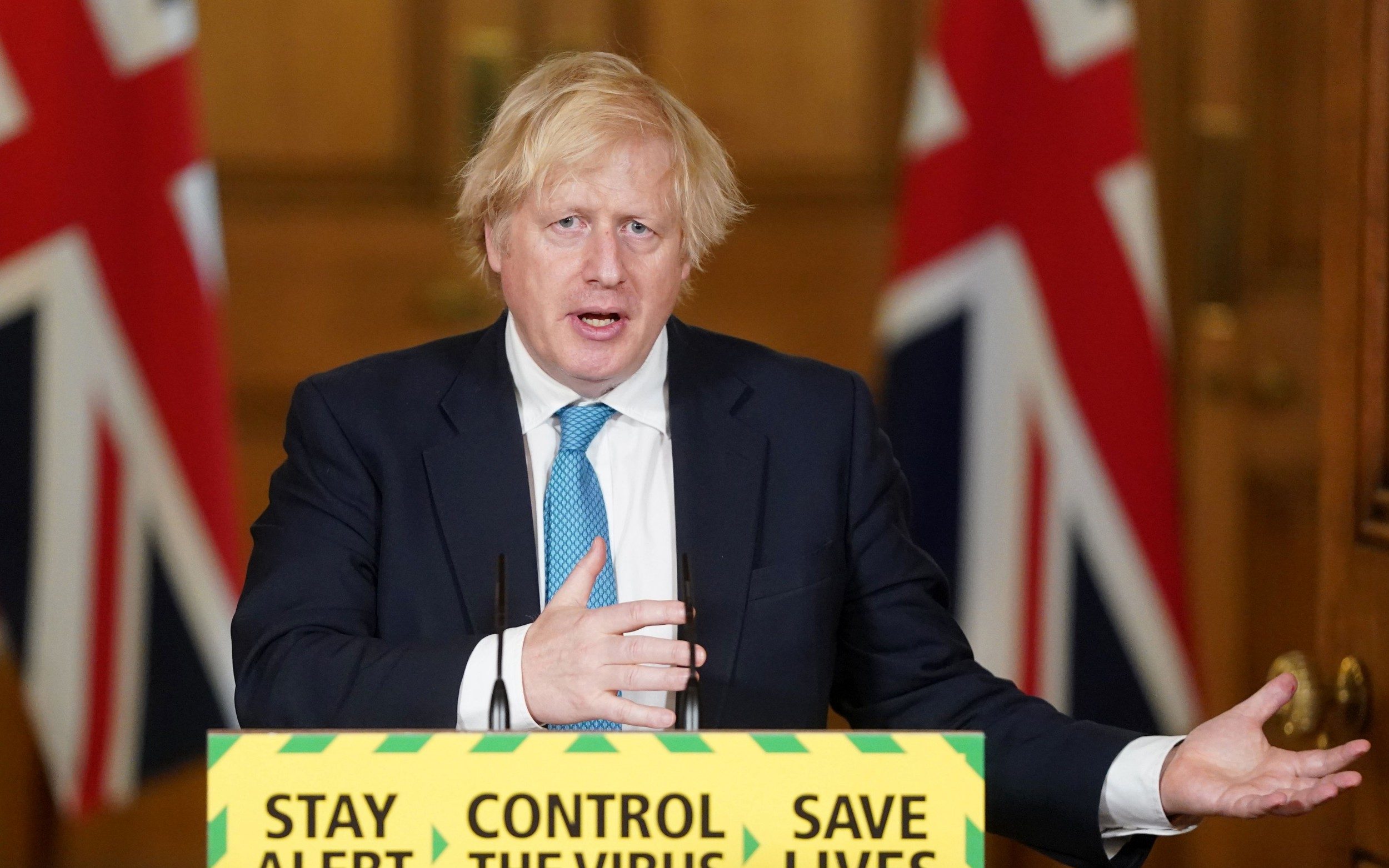