As the director of the Rio Grande County Public Health Department in rural Colorado, she was working 12- and 14-hour days, struggling to respond to the pandemic with only five full-time employees for more than 11,000 residents. Case counts were rising.

Full coverage of the coronavirus outbreak

She was already at odds with county commissioners, who were pushing to loosen public health restrictions in late May, against her advice. She had previously clashed with them over data releases and control and had haggled over a variance regarding reopening businesses.

But she reasoned that standing up for public health principles was worth it, even if she risked losing the job that allowed her to live close to her hometown and help her parents with their farm.

Then came the Facebook post: a photo of her and other health officials with comments about their weight and references to “armed citizens” and “bodies swinging from trees.”

The commissioners had asked her to meet with them the next day. She intended to ask them for more support. Instead, she was fired.

“They finally were tired of me not going along the line they wanted me to go along,” she said.

In the battle against COVID-19, public health workers spread across states, cities and small towns make up an invisible army on the front lines. But that army, which has suffered neglect for decades, is under assault when it’s needed most.

Officials who usually work behind the scenes managing tasks like immunizations and water quality inspections have found themselves center stage. Elected officials and members of the public who are frustrated with the lockdowns and safety restrictions have at times turned public health workers into politicized punching bags, battering them with countless angry calls and even physical threats.

On Thursday, Ohio’s state health director, who had armed protesters come to her house, resigned. The health officer for Orange County, California, quit Monday after weeks of criticism and personal threats from residents and other public officials over an order requiring face coverings in public.

As the pressure and scrutiny rise, many more health officials have chosen to leave or have been pushed out of their jobs. A review by Kaiser Health News and The Associated Press finds at least 27 state and local health leaders have resigned, retired or been fired since April across 13 states.

From North Carolina to California, they have left their posts because of a mix of backlash and stressful, nonstop work, all while dealing with chronic staffing and funding shortages.

Some health officials have not been up to the job during the biggest health crisis in a century. Others previously had plans to leave or cited their own health issues.

But Lori Tremmel Freeman, CEO of the National Association of County and City Health Officials, said the majority of what she calls an “alarming” exodus resulted from increasing pressure as states reopen. Three of those 27 were members of her board and well known in the public health community — Rio Grande County’s Brown; Detroit’s senior public health adviser, Dr. Kanzoni Asabigi; and the head of North Carolina’s Gaston County Department of Health and Human Services, Chris Dobbins.

Asabigi’s sudden retirement, considering his stature in the public health community, shocked Freeman. She also was upset to hear about the departure of Dobbins, who was chosen as health director of the year for North Carolina in 2017. Asabigi and Dobbins did not reply to requests for comment.

Public health officials are “really getting tired of the ongoing pressures and the blame game,” Freeman said. She warned that more departures could be expected in the coming days and weeks as political pressure trickles down from the federal to the state to the local level.

From the beginning of the coronavirus pandemic, federal public health officials have complained of being sidelined or politicized. The Centers for Disease Control and Prevention has been marginalized; a government whistleblower said he faced retaliation because he opposed a White House directive to allow widespread access to the malaria drug hydroxychloroquine as a COVID-19 treatment.

In Hawaii, Democratic congresswoman Tulsi Gabbard called on the governor to fire his top public health officials, saying she believed they were too slow on testing, contact tracing and travel restrictions. In Wisconsin, several Republican lawmakers have repeatedly demanded that the state’s health services secretary resign, and the state’s conservative Supreme Court ruled 4-3 that she had exceeded her authority by extending a stay-at-home order.

With the increased public scrutiny, security details — like those seen on a federal level for Dr. Anthony Fauci, the top infectious-disease expert — have been assigned to top state health officials, including Georgia’s Dr. Kathleen Toomey after she was threatened. Ohio’s Dr. Amy Acton, who also had a security detail assigned after armed protesters showed up at her home, resigned Thursday.

In Orange County, in late May, nearly 100 people attended a county supervisors meeting, waiting hours to speak against an order requiring face coverings. One person suggested that the order might make it necessary to invoke Second Amendment rights to bear arms, while another read aloud the home address of the order’s author, the county’s chief health officer, Dr. Nichole Quick, as well as the name of her boyfriend.

Quick, attending by phone, left the meeting. In a statement, the sheriff’s office later said Quick had expressed concern for her safety following “several threatening statements both in public comment and online.” She was given personal protection by the sheriff.

But Monday, after yet another public meeting that included criticism from members of the board of supervisors, Quick resigned. She could not be reached for comment. Earlier, the county’s deputy director of public health services, David Souleles, retired abruptly.

An official in another California county also has been given a security detail, said Kat DeBurgh, the executive director of the Health Officers Association of California, declining to name the county or official because the threats have not been made public.

Many local health leaders, accustomed to relative anonymity as they work to protect the public’s health, have been shocked by the growing threats, said Theresa Anselmo, the executive director of the Colorado Association of Local Public Health Officials.

After polling local health directors across the state at a meeting last month, Anselmo found about 80 percent said they or their personal property had been threatened since the pandemic began. About 80 percent also said they’d encountered threats to pull funding from their department or other forms of political pressure.

To Anselmo, the ugly politics and threats are a result of the politicization of the pandemic from the start. So far in Colorado, six top local health officials have retired, resigned or been fired. A handful of state and local health department staff members have left as well, she said.

“It’s just appalling that in this country that spends as much as we do on health care that we’re facing these really difficult ethical dilemmas: Do I stay in my job and risk threats, or do I leave because it’s not worth it?” Anselmo asked.

In California, senior health officials from seven counties, including Quick and Souleles, have resigned or retired since March 15. Dr. Charity Dean, the second in command at the state Department of Public Health, submitted her resignation June 4. Burnout seems to be contributing to many of those decisions, DeBurgh said.

In addition to the harm to current officers, DeBurgh is worried about the impact these events will have on recruiting people into public health leadership.

“It’s disheartening to see people who disagree with the order go from attacking the order to attacking the officer to questioning their motivation, expertise and patriotism,” said DeBurgh. “That’s not something that should ever happen.”

Some of the online abuse has been going on for years, said Bill Snook, a spokesperson for the health department in Kansas City, Missouri. He has seen instances in which people took a health inspector’s name and made a meme out of it, or said a health worker should be strung up or killed. He said opponents of vaccinations, known as anti-vaxxers, have called staffers “baby killers.”

The pandemic, though, has brought such behavior to another level.

In Ohio, the Delaware General Health District has had two lockdowns since the pandemic began — one after an angry individual came to the health department. Fortunately, the doors were locked, said Dustin Kent, program manager for the department’s residential services unit.

In Colorado, the Tri-County Health Department, which serves Adams, Arapahoe and Douglas counties near Denver, has also been getting hundreds of calls and emails from frustrated citizens, deputy director Jennifer Ludwig said.

Some have been angry their businesses could not open and blamed the health department for depriving them of their livelihood. Others were furious with neighbors who were not wearing masks outside. It’s a constant wave of “confusion and angst and anxiety and anger,” she said.

Then in April and May, rocks were thrown at one of their office’s windows — three separate times. The office was tagged with obscene graffiti. The department also received an email calling members of the department “tyrants,” adding “you’re about to start a hot-shooting … civil war.” Health department workers decamped to another office.

Although the police determined there was no imminent threat, Ludwig stressed how proud she was of her staff, who weathered the pressure while working round-the-clock.

“It does wear on you, but at the same time, we know what we need to do to keep moving to keep our community safe,” she said. “Despite the complaints, the grievances, the threats, the vandalism — the staff have really excelled and stood up.”

The threats didn’t end there, however: Someone asked on the health department’s Facebook page how many people would like to know the home addresses of the Tri-County Health Department leadership. “You want to make this a war??? No problem,” the poster wrote.

Back in Colorado’s Rio Grande County, some members of the community have rallied in support of Brown with public comments and a letter to the editor of a local paper. Meanwhile, COVID-19 case counts have jumped from 14 to 49 as of Wednesday.

Brown is grappling with what she should do next: Dive back into another strenuous public health job in a pandemic or take a moment to recoup?

When she told her 6-year-old son she no longer had a job, he responded: “Good, now you can spend more time with us.”

Wed Jun 17 , 2020
Tom Brittney stars in Make Me Famous – BBC With the pandemic putting an enforced pause on our TV reality franchises, let’s hope broadcasters are using the time to assess the mental health crisis that has engulfed the genre, turning it from trashy guilty pleasure to downright dangerous.  In the wake […] 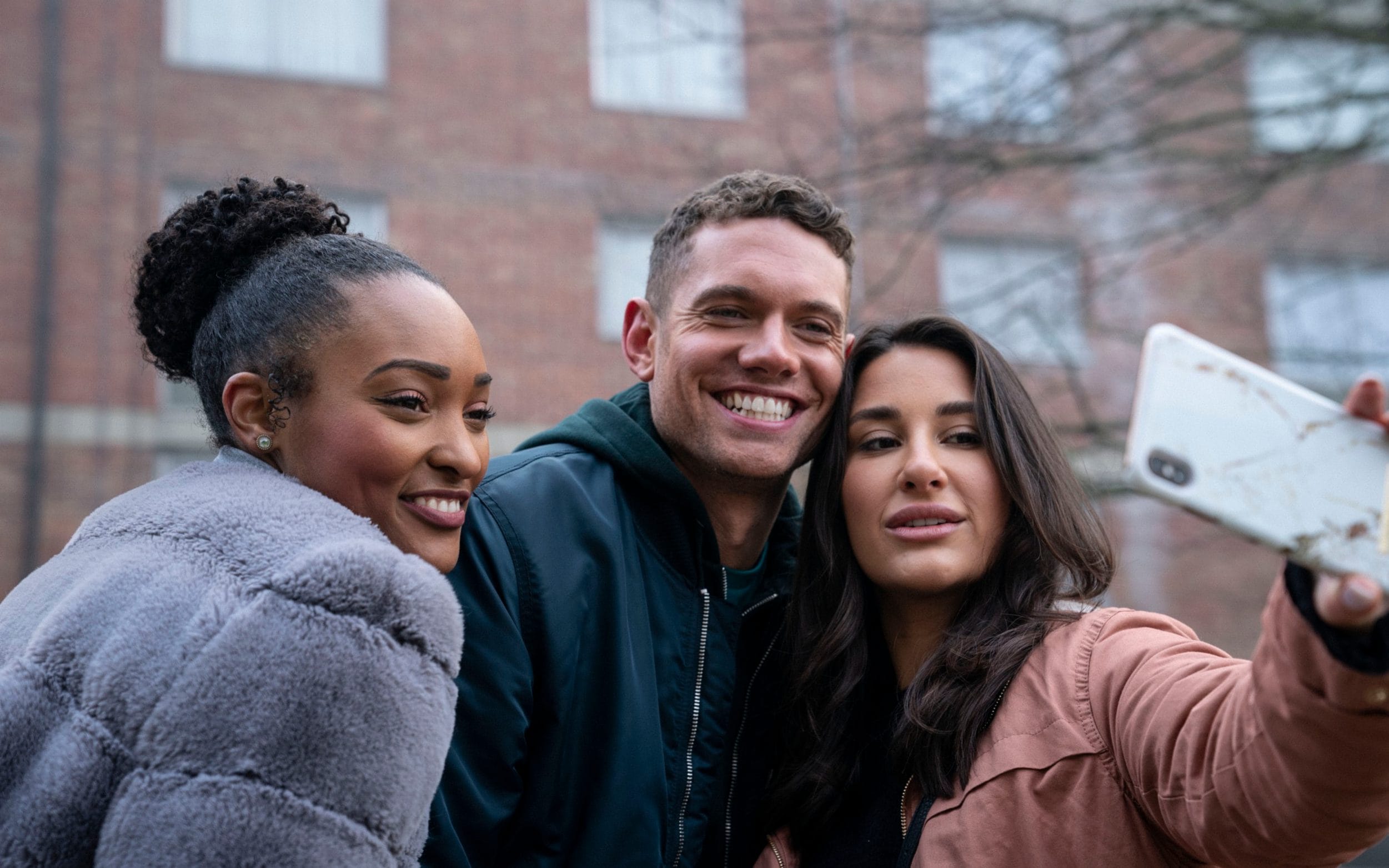