Shortly after the first coronavirus outbreak ravaged a nursing home in Kirkland, Wash., the Trump administration moved to fulfill a longstanding industry goal — waiving the requirement that nurse’s aides receive 75 hours of training and allowing people who study only eight hours online to become caregivers during the pandemic.

The industry had been fighting for years to reduce training requirements, saying they make it harder to recruit staff. The day after the administration announced the change, the industry rolled out a free online training program for certifying the new role — called a “temporary nurse aide” — that has since been adopted by at least 19 states.

Now, after more than 55,000 nursing home residents and workers across the country have died from the coronavirus, advocates for older adults and families of residents say they fear the change was premature, and contributed to the spread of the disease. Nurse’s aides are often the main caretakers of residents, some of whom need round-the-clock monitoring; nurse’s aides are also on the front lines in implementing the cleaning and disinfecting practices that prevent the spread of Covid-19.

“Working in nursing homes is complicated,” said Jesse Martin, vice president of the SEIU in Connecticut, which represents health care workers and has been pushing back against nursing homes hiring temporary nurse’s aides in the state. “You have PPE, you have infection control procedures. Putting someone brand new into the care setting with Covid is a recipe for disaster.”

“I have a family member who lives in a nursing home and is Covid-positive, and thank God she’s still alive,” he added. “But I don’t want someone less qualified taking care of her.”

Asked about the waiver for nurse’s aide training, a spokesperson for the Centers for Medicare and Medicaid Services downplayed the change, saying workers still will need to complete the 75-hour training to become a certified nursing assistant after the pandemic is over.

“CMS still requires that aides must have the competencies to provide nursing and nursing related services,” the spokesperson said. “Facilities are required to ensure that nurse aides are able to demonstrate competency in skills and techniques necessary to care for residents’ needs, as identified through resident assessments, and described in the residents’ plan of care.”

But for those who want to become temporary workers, the eight-hour online certification that was introduced by the American Health Care Association, and is currently being used in states including Connecticut, Maryland and Georgia, is easy to game.

There is no requirement that students watch the required videos or download the assignments during the training, and there is only one untimed assessment. A POLITICO reporter was able to register for the eight-hour program and obtain a temporary nurse’s aide certificate, using the internet to look up test answers, in less than 40 minutes.

Asked about the course, a spokesperson for AHCA said, “Online training is a flexible, timely and cost-effective way to help provide a temporary boost to staffing in long term care facilities. The training doesn’t replace more comprehensive courses that train individuals for permanent positions.”

“What we need now is for everyone to rally around nursing homes and assisted living communities the same way we have around hospitals,” the spokesperson added. “We owe a debt of gratitude to any individual from any occupation who is willing to step forward and put their own lives on the line to contribute to making a difference in the lives of residents.”

Martin, who works for the SEIU in Connecticut, said low pay is behind a lot of the industry’s struggles with coronavirus. Staff members sometimes work multiple jobs to make ends meet, which exposes them to a wider range of potential infections. And homes seem to be taking extra advantage of the chance to hire less-qualified workers at low rates. At least one nursing home in Connecticut advertised for new temporary nurse’s aides and later sent a notice that it was laying off staff members who hold regular certifications, he said.

Waiving federal rules has been a common practice during disasters, such as hurricanes, when nursing homes and other health care providers can’t feasibly follow government regulations. But the scope and number of changes made by the Trump administration raise questions about whether some of the waivers will ultimately serve nursing home operators more than their residents, critics say.

Before Covid-19, the industry group AHCA had argued that federal regulations on nursing homes are a burden that pushed nursing homes almost to the point of unprofitability. That was the focus of a letter sent to Trump in December 2016, shortly after his election as president.

“The American public has spoken and we look forward to working with you,” AHCA President and CEO Mark Parkinson enthused. “Part of the public’s message was asking for less Washington influence, less regulation, and more empowerment to the free market that has made our country the greatest in the world. We embrace that message and look forward to working with you to improve the lives of the residents in our facilities.”

“The long term care profession is on the brink of failure. That is not an overstatement,” Parkinson added.

Nursing homes have long pushed for laxer training requirements. The AHCA’s Wisconsin chapter backed a 2017 bill that would have reduced the number of hours required to become a certified nursing assistant from 120 to the federal minimum of 75, arguing in a statement that the 120-hour requirement contributed to a “workforce crisis.” And the industry backs a bill in Congress that would make it easier for nursing homes that have received significant federal penalties to resume their in-house training programs for nursing assistants, which they currently are barred from holding for two years.

In mid-March, shortly after Trump declared the coronavirus a health emergency — which gave the Department of Health and Human Services the power to temporarily suspend federal rules for homes receiving Medicaid — the administration waived the training requirement, along with rules that made it harder to kick out residents and that forced nursing homes to maintain quarterly health reports on the condition of each resident.

At the time of the waivers, coronavirus was ravaging the Life Care Center of Kirkland in Washington state and beginning to escalate elsewhere, but many parts of the country had yet to identify a single case.

Now, critics are questioning why the waivers were applied so quickly and broadly, and why they’re lasting months into the pandemic when little is known about whether there are, in fact, larger-than-usual staff shortages in nursing homes. They also question the wisdom of waiving the rules for removing residents and making quarterly reports on their condition, which are among more than two dozen regulations temporarily suspended by the administration.

The quarterly assessments, the critics say, are especially important to document and alert families to potential downturns in their relative’s condition at a time when nursing homes have had to shut out visits from families and ombudsmen, who serve as crucial bulwarks against neglect and abuse.

Meanwhile, the critics say, the decision to soften the so-called discharge rules has allowed homes to remove patients who are difficult to care for, or bring in little revenue. Though HHS put certain conditions on its waiver, advocates for elderly people say the move has contributed to a spike in the number of patients being offloaded so that their beds can be given to Covid-positive patients, who bring in significantly higher federal reimbursements.

But in California, state-sanctioned ombudsmen told POLITICO they’ve seen an uptick in complaints about elderly people being discharged to illegal and unregulated boarding houses. In one case, a nursing home sent unwanted residents to hotels sponsored by “Project Roomkey,” a California program designed to get people experiencing homelessness off the streets.

“I think the initial changes to discharges were reactionary, to make sure there were enough beds in hospitals” by making sure nursing homes could take in Covid-positive patients, said Molly Davies, vice president of the Santa Monica-based nonprofit WISE & Healthy Aging, which provides ombudsman services in southern California. “But at this point, the need for these types of waivers is unnecessary. It was too deep a rollback.”

Davies said her staff deals with complaints of nursing home residents being unexpectedly discharged on a daily basis.

“It’s given the facilities a blank check to move people around at their whim, and hide behind [the argument] that it’s Covid-related,” Davies said.

The CMS spokesperson countered that the change to rules for discharging patients “exclusively applies to situations for cohorting residents,” or separating those who are Covid-positive, “which has shown to be a critical component to preventing the spread of Covid-19. This waiver does not change or relax any of the requirements for ensuring a safe discharge of residents, when needed. Discharging a resident in an unsafe manner, to an unsafe setting would be a violation of federal requirements.”

CMS is “continuing to look into” the issue of nursing homes favoring Covid-positive residents with higher reimbursement rates, the spokesperson said.

Overall, the spokesperson said, the waivers “have been critical to ensuring nursing homes can continue to operate and care for residents. All waivers are evaluated and CMS constantly reviews them to determine their necessity to help support provider response to Covid-19.”

People in hospice care and other home health settings are also under fewer rules during the pandemic: HHS waived a rule that requires that a registered nurse visit home health care settings once every two weeks.

The Trump administration has pulled back on one waiver it granted to nursing homes mid-March. It recently ended a temporary pause on nursing homes reporting payroll data on staff, which can reveal shortages and whether enough medical professionals, such as registered nurses and physical therapists, have been hired to work with those in need.

Alice Bonner, a former CMS director for nursing home services under the Obama administration, defended her successors’ decisions to waive rules during the pandemic.

But Richard Mollot, executive director of the nonprofit Long Term Care Community Coalition, countered that it’s “kind of ridiculous” the federal government would give broad leeway to nursing homes for such a long time, based on little more than anecdotal information.

“Nursing homes aren’t hospitals — there should not be emergencies for months on end,” Mollot said. “If you can’t handle the people, and if you don’t have staffing, stop taking in residents.”

Rachel Roubein contributed to this report.

Wed Jul 15 , 2020
(Photo: Getty Images/HuffPost) Many people who loathe exercise arguably feel that way because of how the activity has been marketed to them. For too long, exercise and weight loss have been indivisibly bound, leading many to fall into the comparison trap, experience shame or engage in negative self-talk. But moving […] 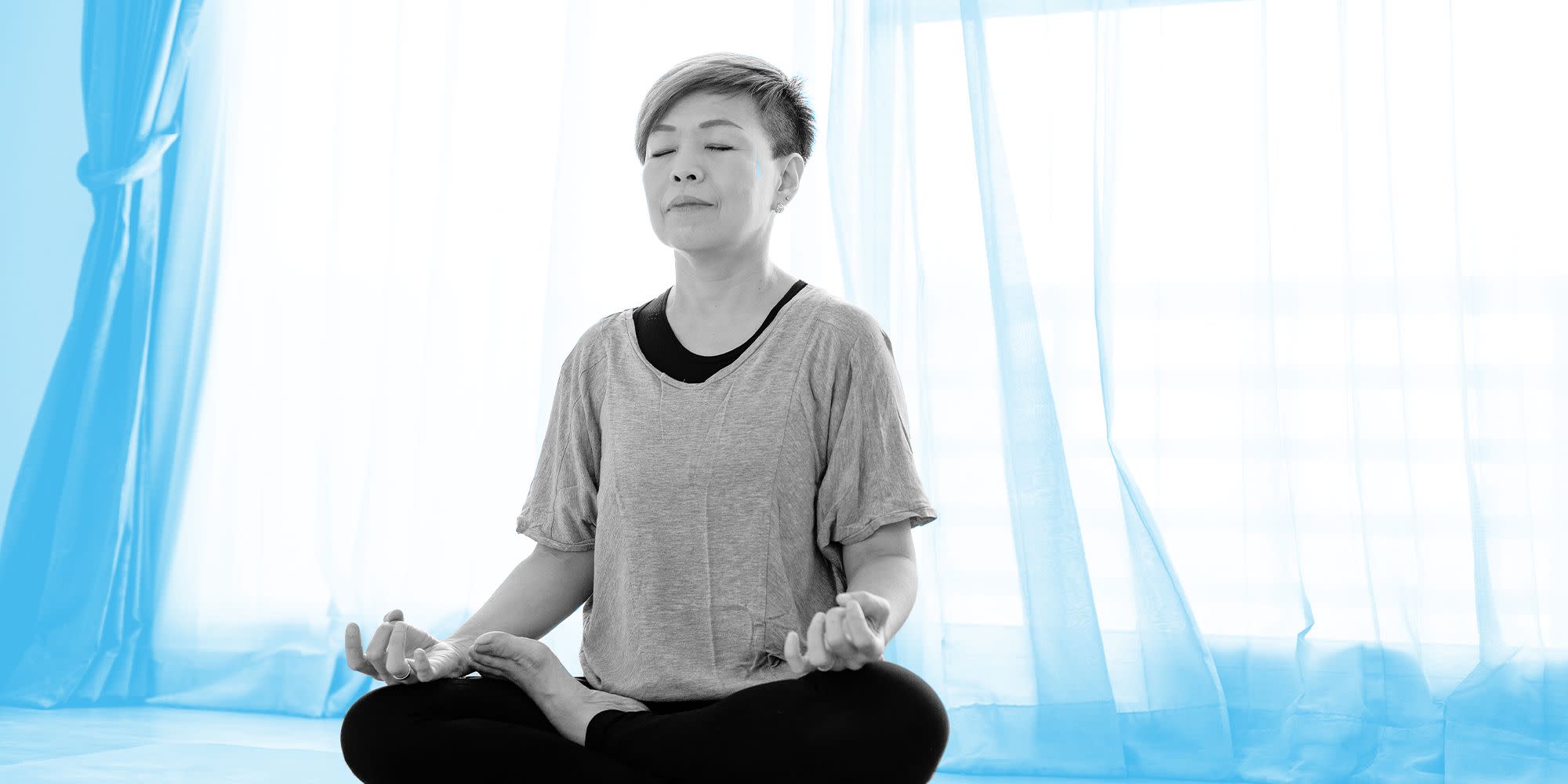