Although Joe Biden is the presumptive Democratic presidential nominee, voting in the New York primary on Tuesday (or during early voting) is by no means futile for progressives who were largely supporting Bernie Sanders and policies such as the Green New Deal and Medicare for All.

Related: ‘Just ridiculous’: what it’s like to wait five hours in line to vote in the US

But voting for all of Sanders’ (or any candidate’s) delegates to achieve this goal could backfire, because of the way our system is built. In the end, it requires not voting just for delegate candidates who fall under Biden v Bernie, but rather voting for them based on their individual platforms.

The Democratic presidential primary is a massive delegate selection process. Biden has already won more than the 1,991 delegates needed nationwide to secure the nomination. But delegates also set the party’s rules and platform, which is why Sanders and his supporters were infuriated when, in April, the New York state board of elections attempted to cancel its primary. Eventually, a lawsuit headed by Andrew Yang forced New York to reinstate its primary.

Here’s how the process works: 184 of the 320 delegates New York sends to the convention are elected directly by voters. Those 184 delegates are split among the state’s 27 congressional districts. Each district gets to elect between six and eight delegates, and though delegate candidates pledge themselves to a presidential candidate, they appear separately on the ballot.

The process starts with the presidential candidates themselves. A candidate needs to win at least 15% of the total votes within a congressional district to be eligible to earn delegates there – everyone else’s votes are scrapped. Those who make the cut split the district’s available delegate slots according to the proportion of the remaining votes they received.

In most places, it’s unlikely anyone but Biden or Sanders will meet that 15% threshold, which means those two will split the district’s delegate slots between them. If they both earn an equal number of votes in a district with eight delegate slots, for example, they’ll each get to fill four.

The Biden delegate candidate who got the most votes of his cohort fills the first of Biden’s six available slots. The next Biden delegate elected isn’t the next highest vote-getter, it’s actually the top vote-getter of the opposite gender. In other words, if that first delegate identifies as a male, the second has to be a female. The rest of Biden’s delegates are chosen by descending vote count, alternating by gender, until all his lots are filled. Bernie does the same with his slots. Under this system, bubbling in all of Sanders’ delegates makes no sense, because he won’t win 100% of the delegate share. In fact, by voting for all eight of Sanders’ delegate candidates, voters are cancelling out their own votes.

What can voters do? Obviously, you don’t know in advance what fraction of your district’s delegate slots each presidential candidate will win. All you know is that if you want more Sanders delegates, you need to vote for Sanders himself.

But those delegate names listed on the ballot aren’t mindless Bernie bots or Biden drones. Within each presidential candidate’s delegate cohort are individuals with a range of policy preferences and priorities. So if you’re a progressive, the strategic thing to do is to identify the most left-leaning delegate candidates on the Bernie slate and, separately, on the Biden slate as well. Several are local elected officials or otherwise notable figures whose positions and history can be found online. Others are slightly more esoteric.

Each congressional district has its own slate of delegate candidates, so voters have to identify the ones that most align with the voters views, not simply their favorite candidate. Doing so could help guarantee the Democratic party’s platform is as progressive as possible.

Mon Jun 22 , 2020
LOUISVILLE, Ky. — U.S. Senate candidate Charles Booker stood in a Louisville parking lot Wednesday morning, mask pulled down to his chin, and promised the crowd gathered there: “This is our time. We will win.” Across town, hours later, former Marine fighter pilot Amy McGrath stood beside union workers in the […] 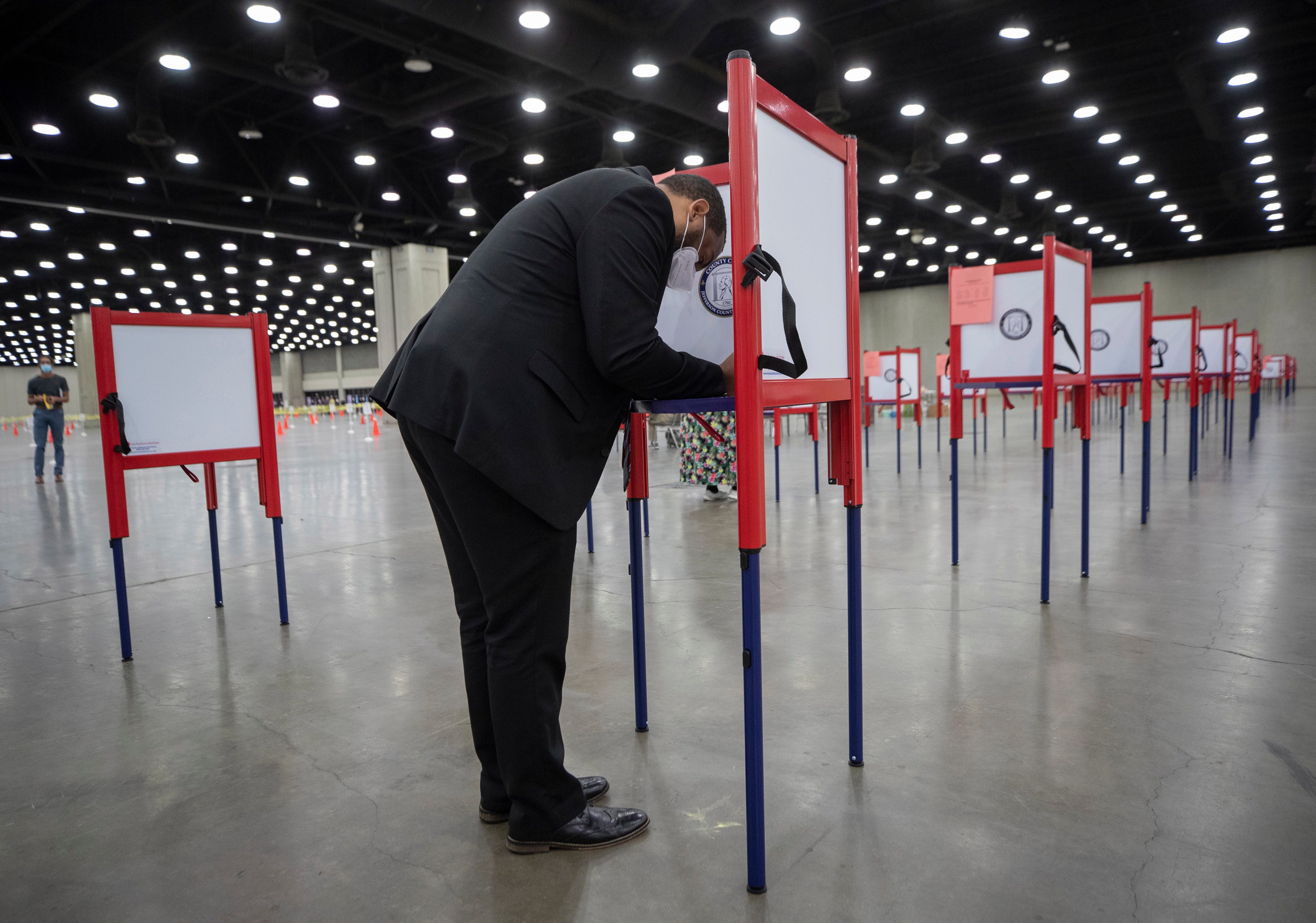