The pending reopening of K-12 campuses is suddenly at risk because of the ongoing surge of coronavirus cases, and all public and private schools must prepare for students to continue learning entirely from home, Los Angeles County’s top public health official has told local education leaders.

This sobering message was delivered by county Public Health Director Barbara Ferrer, in what she termed an “off the record” phone call Tuesday afternoon with district superintendents and others that was not intended for the media or the public. The Times obtained a recording of the call.

“Every single school district at this point needs to have plans in place to continue distance learning for 100% of the time,” Ferrer told school officials. “Given where our numbers are,” she said, referring to infections and hospitalizations, “we would be irresponsible if we didn’t say to you that you have to have the backup plan ready.

If campuses can’t open for the start of the school year, she added, they might be able to open later in the semester.

Ferrer’s warning adds to the ongoing exasperation for parents, and came as an intense national debate, amplified by President Trump, has erupted over when and how schools should reopen — and how best to balance stopping the spread of the coronavirus with the harm done by keeping students home.

Trump stepped up his drive to reopen campuses Wednesday by threatening in a tweet to withhold federal funding from schools that stay closed, while also asserting, “In Germany, Denmark, Norway, Sweden and many other countries, SCHOOLS ARE OPEN WITH NO PROBLEMS,” a claim that has been disputed.

When asked about Trump’s comments, California Gov. Gavin Newsom said that local districts are empowered to make their own decisions on reopening and need flexibility to determine how to do it, adding that safety is “nonnegotiable.” Students and school employees should not face unacceptable risk, he said.

“I fear that more than I fear a tweet,” Newsom said.

In-person teaching is best, he said, but however instruction takes place, “foundationally we need to require learning.”

At a Wednesday public briefing, in response to question about Trump’s comments, Ferrer said she wanted to focus on saving lives and not on politics. In response to another question about reopening schools, she reiterated some points from her call with education leaders.

She said she remains hopeful that campuses can reopen as anticipated and said administrators should continue to develop those plans.

The county is planning to release more detailed guidelines for reopening campuses in days. They will include requiring all teachers and all students older than 2 to wear face coverings at virtually all times. There will be rare exceptions for students at risk of a serious medical consequence. In those cases, however, others in contact with that student would be required to wear a medical-grade protective face covering.

Students also must be six feet apart in classes. In spaces where that is impossible, an alternate plan would be to set up partitions between desks, county health specialists said on the call.

In California, school systems are working out hybrid schedules, in which students would be on campus part time in small groups, while working the rest of the time at home, both online and offline.

Public health guidelines generally call for smaller student groupings and staggered, part-time campus schedules to comply with requirements to keep students apart. A separation of six feet has become a common benchmark, both at the local and federal level, including from the Centers for Disease Control, which is overseen by the Trump administration.

But in another tweet, Trump took aim at the CDC’s “very tough & expensive guidelines,” which he also called “impractical…I will be meeting with them!!!”

U.S. Secretary of Education Betsy DeVos referred with scorn to staggered schedules being adopted by many districts, including New York City’s public schools. She called a plan by the Fairfax County, Va., school system a “so-called choice” for offering two options for families: either two days per week on campus or no days, making use of only online instruction.

Schools, she said, “must fully open and they must be fully operational.”

A coalition of teachers unions and education organizations said reopening campuses should be guided by science and data and that additional federal aid is needed for schools to manage increased costs. Although school systems already received a substantial portion of federal coronavirus-related funding approved earlier this year, a larger aid package is currently stalled in Congress.

Trump’s push to reopen campuses benefits both the economy and students, he argued. The health risks, said the administration, can be adequately managed.

There is broad agreement among experts that the near-worldwide school shutdown has harmed students academically and psychologically.

Sofia Quezada, whose daughters attend Euclid Avenue Elementary and Hollenbeck Middle School in Boyle Heights, said she feels like the campus closures have forced her into the role of “substitute teacher — and I don’t have a lesson plan.”

“In-person instruction is far more valuable,” she said, but both her daughters have asthma, increasing the risk of serious complication if they catch COVID-19, the disease caused by the novel coronavirus: “Health comes first.”

Schools in some countries have reopened, but there’s debate over what conclusions to draw from those examples.

Key Florida state officials have sided with the president, threatening to withhold funding from school systems that don’t reopen. Arizona, led by a Republican governor and Trump ally, could comply substantially with the president’s exhortations for the fall, but recently closed all state campuses until Aug. 17. Hospitals in parts of that state are at risk of being overwhelmed with coronavirus patients.

Ferrer told school leaders said she was concerned that a similar situation could evolve locally, which would ultimately influence whether it would be sensible to reopen schools.

“We’re being realistic about how much this county can afford to have another million people out and about when we have as much community transmission as we have right now,” Ferrer said.

She added that she did not expect the outlook to improve in the next two weeks because of recent and widespread noncompliance with health directives on social distancing and wearing face coverings. But time remains to reverse negative trends before the start of the school year, she said.

Across California school districts are grappling one by one with safety concerns. San Francisco school officials on Wednesday said they have not yet made a decision for fall reopening, but are preparing a safety plan to bring students back to campus.

L.A. Unified is scheduled to begin its academic year on Aug. 18. Supt. Austin Beutner said this week that the district has made no decision on whether the district will offer a hybrid schedule or whether classes will remain exclusively online. He’s said that a key factor could be whether state and local officials take charge of necessary testing for the coronavirus and contact tracing.

Ferrer offered limited encouragement on that front Tuesday, saying the sheer number of schools made it impossible for the county to take the lead.

“It’s highly likely that in most of your school settings over the course of the next year, you will experience a positive case,” Ferrer said. “We are here to be a source of support, but there’s thousands of school buildings in L.A. County, and we’re really going to rely heavily on every school district to have good plans in place.”

She also said it would be neither practical nor effective to launch a widespread, school-based testing program at this time.

“Certainly if you have three cases in your building … you’re required by law to notify us, and then we’ll be part of an active investigation,” Ferrer said.

Thu Jul 9 , 2020
More than 12 million cases of Covid-19 have been recorded around the world – AFP Coronavirus Article Bar with counter .. Globally, cases rose to more than 12 million on Wednesday, with 548,799 deaths, according to a Johns Hopkins University tally. The United States continues to be the hardest hit country, […] 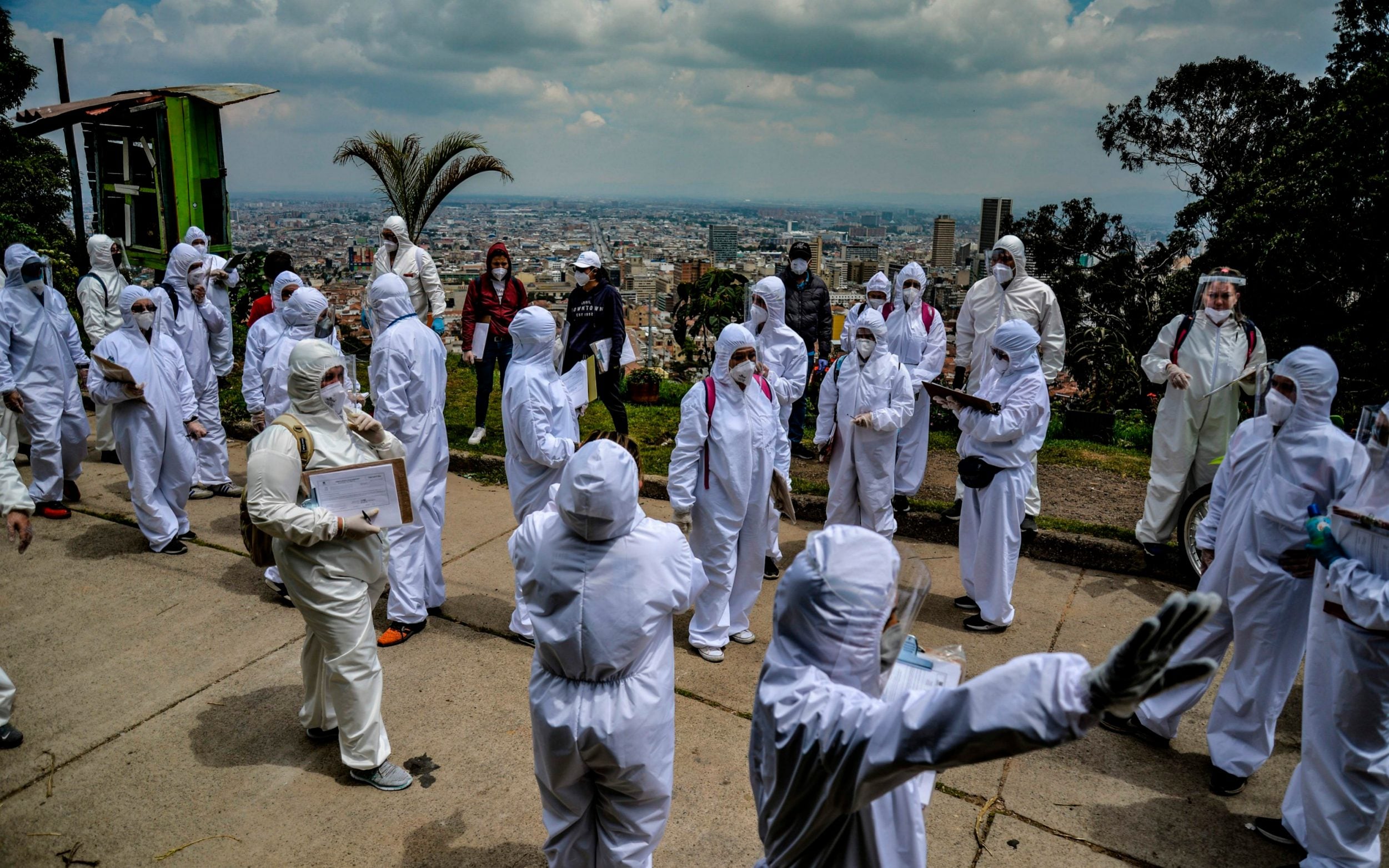