Catalyst Fitness will host a rally at its Maple Road location in Amherst on Thursday, calling on Gov. Cuomo to allow fitness centers to reopen.

BUFFALO, N.Y. — Gyms across New York State are still waiting to learn when they can reopen from COVID-19 shutdowns.

On Thursday, 15 fitness clubs throughout the state will hold outdoor rallies at the same time to call on Gov. Andrew Cuomo to allow them to open back up.

The rallies will be hosted by the New York State Fitness Alliance, a group created to help accelerate the safe reopening of fitness centers.

Here in Western New York, Catalyst Fitness will be hosting a rally at its Maple Road location in Amherst at 1 p.m.

“We cannot stress enough how important regular workouts are to our members,” Catalyst Fitness owner Amy Bueme said. “Every day we listen to our members tell us how regularly working out has ‘saved their lives’ by alleviating a myriad of physical and emotional ailments.

“Members of the New York State Fitness Alliance are working diligently to advocate for our club members who desperately need to resume their fitness routines.”

This is the groups second attempt to get the attention of Albany. They drafted a universal safe reopening plan and submitted it to the Governor’s Office.

However, they were not given a timetable for when they can reopen. 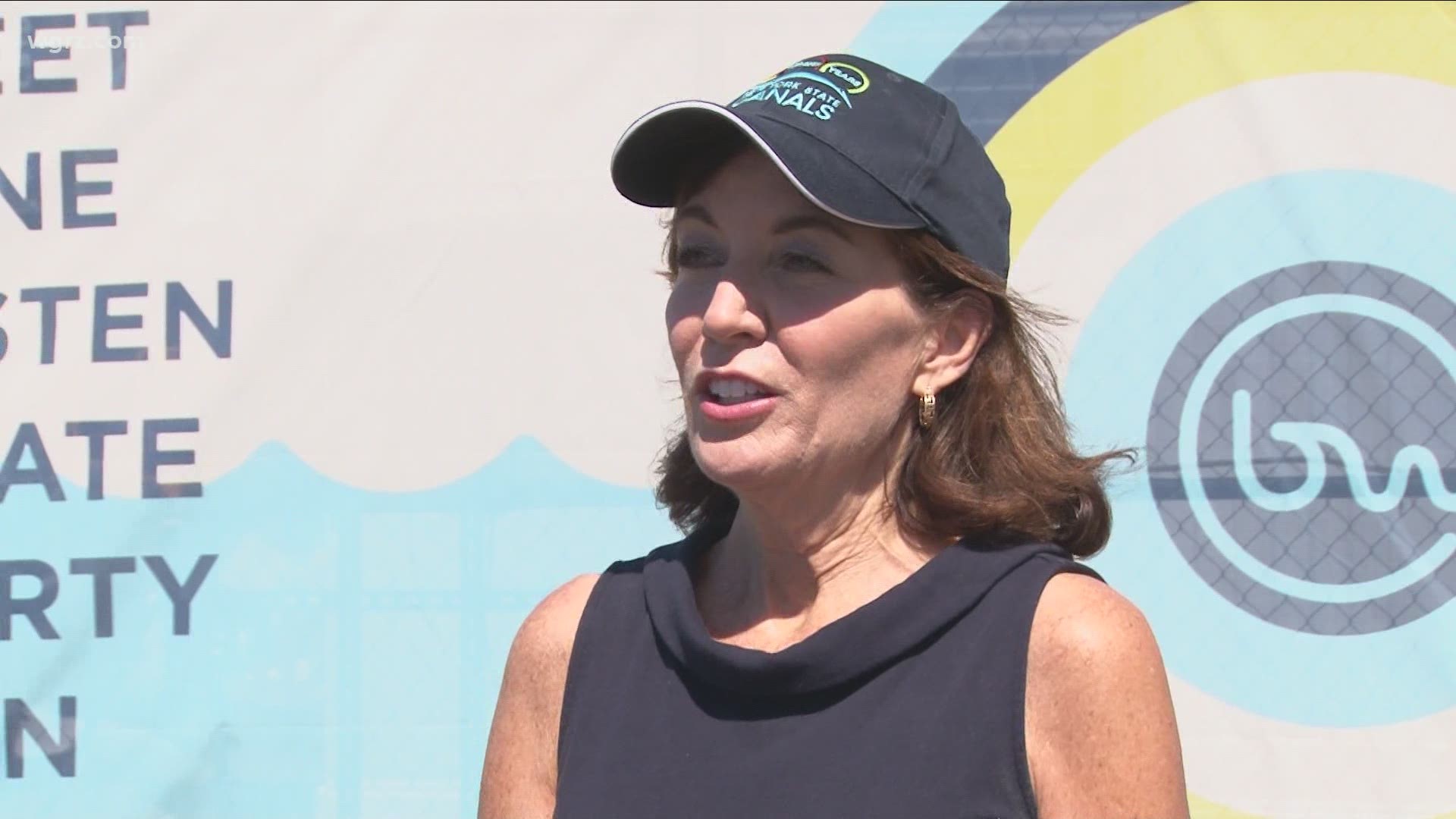 2 On Your Side reached out to the Governor’s Office for a response to the planned rallies and inquired about a timetable for when fitness centers may be able to reopen. Governor Cuomo’s spokesperson, Jason Conwall, released this statement.

“The actions taken by the Governor with respect to gyms and fitness centers are wholly consistent with the powers granted to the Executive by the Legislature. The measures the Governor has taken were intended to – and did – curb the rise of infection across the State. They also allowed us to avoid subsequent spikes of infection.  Reports show that infections are rising in more than 35 states, and that officials in those states have been forced to reclose businesses and other parts of the economy that were opened too early. Every public opinion survey has shown an overwhelming majority of New Yorkers support our re-opening approach. We understand that some people aren’t happy – but better unhappy than sick or worse.”

Gym owners and members will also be discussing the physical and mental health benefits of gyms and fitness clubs.

“We feel that for people’s health and wellness we are an essential business,” Bueme said.

Added Orange Theory Fitness Owner Paola Horvath: “On a daily basis these brands all across New York usually compete against each other but tomorrow we are all coming together as one fitness industry to tell the Governor and anyone else who will listen that we need to open the fitness industry.”

Two sources have told 2 On Your Side that there are ongoing discussions between the governor and his health experts about gyms.

In June, some gym owners sued the state, arguing they’re being unfairly targeted with this shutdown.