When Andrew Miller was training for a marathon, he noticed after about an hour of running, his front tooth would go slightly numb, as if he’d been to the dentist. He also had occasional nosebleeds, but the Whāngarei GP didn’t think much of it.

But when he decided to get it checked out, specialists discovered cancer in his nose, which had been caused by the human papillomavirus​ (HPV).

Known as the “common cold” of sexually transmitted infections, without immunisation, around 80 per cent of sexually active adults will be infected with HPV at some point in their lives.

The virus is most commonly associated with cervical cancer, with 150 women in New Zealand diagnosed every year. It can also cause other cancers in the genital area of both men and women, specifically the vagina, vulva, penis and anus.

But in recent years, medical professionals have also started seeing a steady rise in HPV-related head and neck cancers in heterosexual men. For this group, the main risk is oropharyngeal​ cancer, which affects the tissues at the back of the mouth, throat and nasal passages.

Though oropharyngeal cancer has traditionally been linked to smoking and heavy drinking, in recent years HPV has started to overtake cigarettes and alcohol as the leading cause. In almost all cases, the virus is transmitted to the mouth through oral sex with an infected partner.

In 2013, the actor Michael Douglas revealed his stage 4 throat cancer was caused by HPV, which he explained was spread through oral sex.

His disclosure made headlines all over the world, sparking a conversation about the links between oral sex, HPV, and cancer.

As Daffodil Day 2020 approaches, experts say this connection is still not well understood – and as a result, thousands of young people could be missing out on a free vaccine that can prevent them from getting HPV-related cancer down the track.

Like Douglas, Miller, who was 50 when he received his cancer diagnosis in 2014, is open about the fact it was most likely he acquired the virus through oral sex, probably in his 20s.

“Or maybe I was touching [a sexual partner], got some HPV on my hand, and rubbed my nose.”

Most people who get HPV never develop symptoms or health problems from it – in fact, many won’t even realise they have it, explains Miller, who has run a men’s sexual health clinic for Northland DHB for the past 20 years.

But for a minority, the body is unable to clear the infection. The virus causes changes in the cells, which over time can become cancerous.

“There’s a big lag, usually about 20 or 30 years, between when you acquire it and when the disease manifests,” Miller says.

That also means it can be incredibly difficult to identify. Symptoms can be almost non-existent, or easily mistaken for something else, such as hayfever, or a cold.

By the time Miller’s cancer was discovered, it had invaded his upper jawbone – which explained the numbness in his tooth while running, as the nerve was being compressed by the tumour.

He underwent 16 months of “gruelling” treatment, involving radiotherapy, chemotherapy, and several surgeries. He had to have five teeth removed, and his face reconstructed using part of his leg bone.

Unlike cervical cancer, which can be screened for with a smear test, there is no simple way to screen for oropharyngeal cancer. But like women, the best way for men to protect themselves against HPV-related cancers of any type is by getting the HPV vaccine – and the earlier, the better.

In 2017, the vaccine was made free for boys and young men nine 9 to 26, partly in recognition of the increasing proportion of head and neck cancers caused by HPV.

The vaccine had been fully funded for girls and young women since 2008, to protect against HPV types that cause cervical cancer as well as to reduce the likelihood of genital wart transmission.

But experts fear that a significant cohort may have either missed out on the vaccination completely, or may be only partially vaccinated.

The vaccination requires teens aged 15 and over to be given three doses, while children aged 9 to 14 only need two doses, as the immune response seems to be stronger in younger people.

Cathy Stephenson, a GP with a special interest in youth health, says it is difficult to know total immunisation rates in New Zealand, as only those who are immunised as part of the school programme are captured accurately in national data.

“The worst case scenario could be that only 70 per cent of young men and women are vaccinated, which means that many thousands of young people are putting themselves at risk of developing cancers in the future every time they have sexual contact.”

While the current uptake of the vaccine among school-age girls and boys is about equal, the number of men now in their 20s who are vaccinated is likely to be much lower than the number of women, as funded vaccination wasn’t an option for them while they were at school.

The Sexually Transmitted Infections Education Foundation and the Head and Neck Cancer Foundation Aotearoa have collaborated to launch an awareness campaign targeting those who missed out on getting the vaccine at school, but are still eligible for the free vaccine.

“I truly can’t think of a single reason not to get this vaccine,” Stephenson says.

“It’s safe, it’s free, it’s been extensively used and analysed around the world, and it prevents cancer.

“The average 21-year-old is unlikely to be thinking, ‘If I don’t get this vaccine now, I’m going to be at risk of cancer in 20 years’ time.’ But that is the reality – that’s when it’s going to hit you.

“Ask one of the increasing number of middle-age men being diagnosed with cancers directly caused by exposure to HPV in their teens and 20s if it’s a vaccine worth having – had it been available for them, they wouldn’t be suffering now.”

HPV-related oropharyngeal cancer tends to be more treatable than that caused by smoking, with about an 80 per cent survival rate. But the damage can be long-lasting.

While Miller has now been cancer-free for six years, he says the effects of his treatments will stay with him for life. He’s been left with little sense of taste or smell, and breathes through tubes in his nose. He says he often gets “double takes” in public places, and sometimes doesn’t recognise his own reflection.

“It’s a real yuck thing to get. I’m disfigured to a degree – I’ve got a funny-looking face, no front teeth. You don’t come out the end of it thinking, ‘I’m cured.’

“If there’s a vaccine that can prevent you from getting this cancer, why would you not have it?”

*Stuff has a media partnership with the Cancer Society as it marks its 30th Daffodil Day awareness campaign. Read more about our editorial partnership arrangements.

Mon Aug 10 , 2020
The governor shared that gyms have submitted limited-use plans which are being reviewed. ALBANY, N.Y. — With more and more businesses reopening across the state, Governor Andrew Cuomo provided an update into gyms and bowling alleys reopening.  Governor Cuomo said Thursday during a conference call that gyms are still considered […] 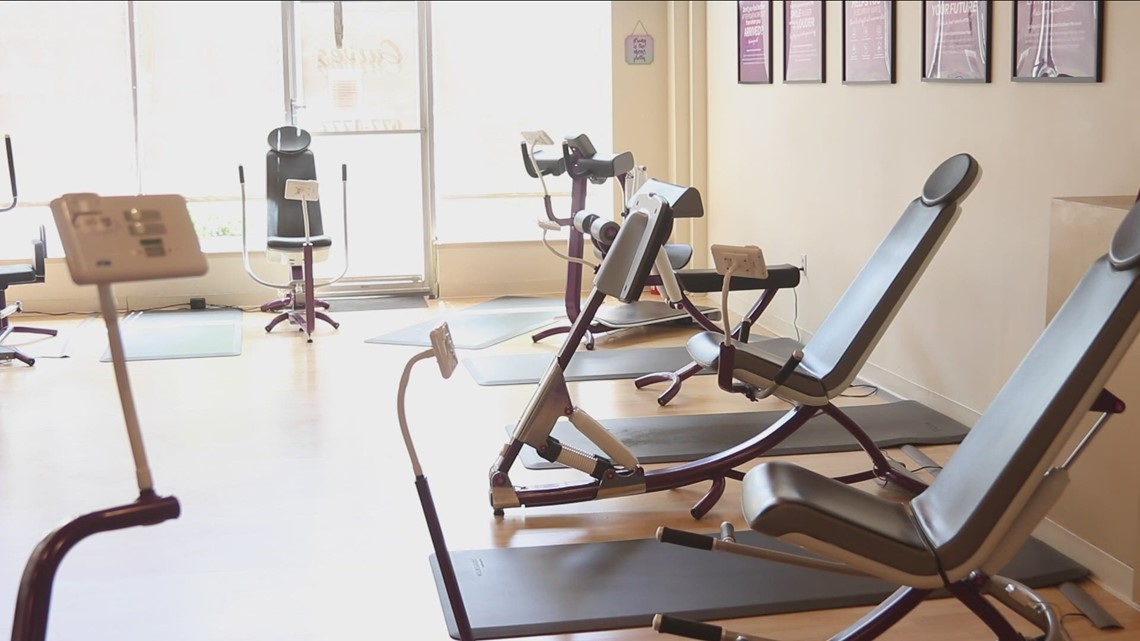