California closed indoor dining and bars, and its two biggest school districts said they would offer remote learning only despite calls by the Trump administration for classrooms to fully reopen. The state reported a record number of people hospitalized with coronavirus.

New York City will redouble efforts to educate young people about the importance of wearing masks and keeping socially distant after an increase in cases among those ages 20 to 29.

Hong Kong reported 41 new local cases, another record high, and tightened social-distancing measures amid fears of a resurgence after weeks of near-normal activity. More than half a million residents defied the fresh outbreak and government warnings to vote in an unofficial primary.

Subscribe to a daily update on the virus from Bloomberg’s Prognosis team here. Click VRUS on the terminal for news and data on the coronavirus.

Los Angeles, home to America’s second-largest school district, and San Diego said they will start the academic year with online classes amid the resurgent coronavirus.

“The health and safety of all in the school community is not something we can compromise,” Austin Beutner, superintendent of the Los Angeles Unified School District, said in a statement. “Last week was the worst yet in the Los Angeles area.”

The districts’ decisions come after just one day after America’s top education official downplayed the risk of reopening schools in the fall — a top priority for President Donald Trump.

Coronavirus cases in the U.S. rose by 64,605 from a day earlier to 3.34 million, according to data collected by Johns Hopkins University and Bloomberg News. The 2% increase was in line with the average daily increase of 1.9% over the past week. Deaths rose 0.4% to 135,400.

California Governor Gavin Newsom ordered all inside dining, wineries, movie theaters and other indoor entertainment closed to control the spread of Covid-19.

Bars and breweries statewide must close all indoor and outdoor operations, while fitness centers, worship services, protests and salons must shut in counties that have been on a monitoring list for three straight days. Those counties include Sacramento, Santa Barbara, San Benito and San Diego.

New York state will send Atlanta resources to help increase testing and tracing efforts as the number of new coronavirus cases in Georgia continue to climb.

Atlanta Mayor Keisha Lance Bottoms, on Monday via video link, asked Governor Andrew Cuomo for help, saying the intensive-care unit capacity in some hospitals in the city are close to maxing out.

“We’re headed in the wrong direction,” she said. “Unless we have a coordinated approach across this country, we are going to continue to unnecessarily watch people die.”

Bottoms, a potential vice presidential pick for Democrat Joe Biden, has been at odds with Republican Governor Brian Kemp over the state’s response to Covid-19.

Hong Kong ordered gyms and bars to close for a week, restored strict limits on public gatherings and introduced fines for anyone refusing to wear a mask on public transport in a fresh bid to prevent the resurgent coronavirus from spiraling out of control.

The tougher measures, to take effect Wednesday, include drastically limiting the number of people gathering in public back to four, Chief Executive Carrie Lam said in a press conference on Monday.

It would be unrealistic to expect that a perfect vaccine will become available to everyone immediately, and it’s not realistic to expect Covid-19 to disappear in the coming months, said Mike Ryan, head of the World Health Organization’s emergencies program, speaking at a briefing in Geneva.

“There will be no return to the old normal for the foreseeable future,” said Tedros Adhanom Ghebreyesus, head of the organization, an agency of the United Nations.

The best way to reopen schools is to do so once countries succeed in combating the spread of the disease, Ryan said. Not enough is known about the role of children in transmission, though several recent studies suggest that children over 10 are more susceptible to infection than those under 10, said Maria Van Kerkhove, the WHO’s technical lead officer on Covid-19.

Separately, two scientists that the WHO has sent in an advance mission to China are working remotely with local researchers as local rules require them to stay in quarantine. Learning how animals transmitted the disease will help in fighting it, Van Kerkhove said.

New York City will redouble efforts to educate young people about the importance of wearing masks and keeping socially distant after a rise in cases among those ages 20-29.

While the city is celebrating its first day of no deaths from Covid-19 since the outbreak, and its hospitalization and positivity rates are stable, it sees a troubling pattern as the phased reopening of the most populous U.S. city lures people out of their homes.

Florida reported 282,435 Covid-19 cases on Monday, up 4.7% from a day earlier, compared with an average increase of 4.4% in the previous seven days. Deaths among Florida residents reached 4,277, an increase of 35, or 0.8%, according to the report, which includes data through Sunday.

The new rate of people testing positive for the first time climbed to 11.5% for Sunday, from 11.3% on Saturday.

The Empire State Building plans to reopen the observatory on July 20 under New York state’s Phase 4 guidelines. Hours of operation will be reduced for the first few weeks, and initial capacity will be cut more than 80% to only 500 guests at a time.

A group of U.K. scientists is calling on the government to make face masks mandatory in indoor spaces, as evidence on the use of coverings in preventing the spread of Covid-19 grows.

The Independent SAGE panel — set up as an alternative to the U.K. government’s official coronavirus advisory committee — published a report Monday petitioning for new laws to enforce the use of masks. Legislation should be accompanied by a campaign advising the public of the benefits, according to the group.

Hong Kong tightened virus control measures as it battles with a new wave of local cases. These include limiting the number of people gathering in public to four from 50, and banning dine-in services at eateries from 6 p.m. to 5 a.m. The moves were announced at a news conference with Chief Executive Carrie Lam. The new social-distancing measures take effect on Wednesday.

Earlier, Hong Kong reported 41 new local cases, another record high. Government officials said 21 were related to previous clusters while 20 were of unknown origins. This suggests that hidden chains of transmission have been circulating for some time as the population returned to work and social activities.

Moderna Inc.’s experimental vaccine for Covid-19 could generate sales of more than $5 billion a year, Jefferies analyst Michael Yee said, initiating the stock at a buy.

Intensive testing of meat, seafood and other products for the coronavirus has tripled customs clearance times at some major Chinese ports, raising concerns the delays could ensnare global trade flows.

Mon Jul 13 , 2020
The two largest school districts in California announced Monday that classes will be online-only at the start of the school year, citing “skyrocketing infection rates” of the coronavirus in their areas. The Los Angeles and San Diego unified school districts, which issued a joint announcement, will begin online instruction in […] 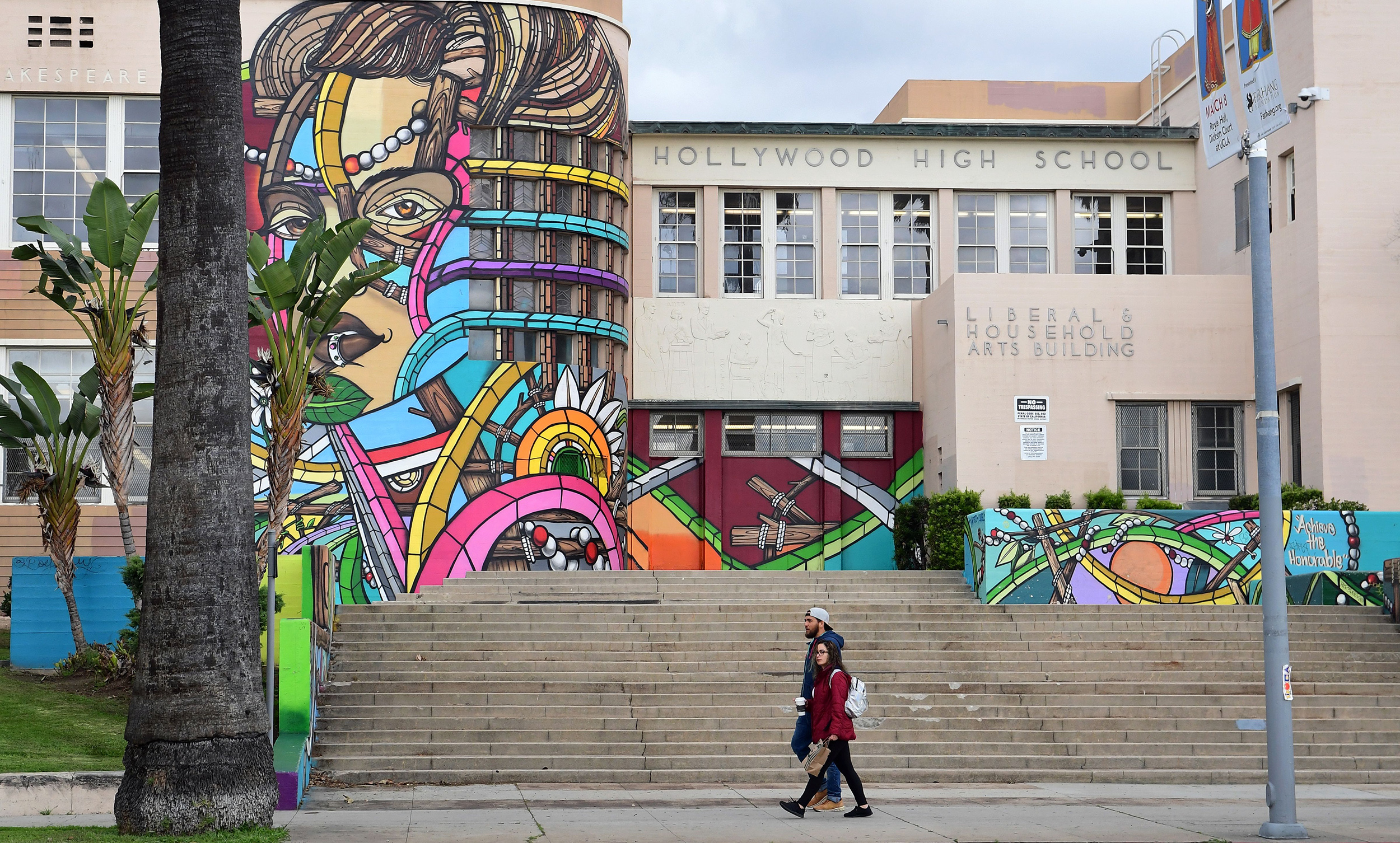