Two of the country’s top universities won a major victory over the Trump administration on Tuesday, after the government agreed to halt its plan to deport international college students who only use online courses to study this fall.

The decision marks a stunning retreat for the Trump administration, which left schools and students reeling following a July 6 announcement that spurred lawsuits and condemnation from a growing list of states, schools, politicians, labor unions and tech sector giants. That included the powerful U.S. Chamber of Commerce, which announced it was “pleased that the Department of Homeland Security rescinded its ill-conceived policy regarding international students” following the decision.

Harvard and the Massachusetts Institute of Technology sued both DHS and Immigration and Customs Enforcement last week, days after the government warned schools it would begin to reinstate tight restrictions on the number of online classes foreign students are allowed to take while they study inside the U.S. That overall case is pending, and it’s not clear what the administration’s next move will be.

Johns Hopkins University and California Attorney General Xavier Becerra have filed separate suits to block the policy. Seventeen states and the District of Columbia are also suing, New York Attorney General Tish James filed her own challenge, and a coalition of 20 large and small universities in the western U.S. also filed suit in Oregon’s district court on Monday to stop the policy. Facebook, Google, Microsoft, the American Federation of Teachers and the Service Employees International Union also jumped in to support Harvard and MIT’s lawsuit.

“This is an extremely significant outcome for international students and colleges,” said Miriam Feldblum, executive director of the Presidents’ Alliance on Higher Education and Immigration.

“But, make no mistake, this result is about the transformational power of our collective action and the swift, visible outrage of many — including presidents and chancellors of colleges and universities from across the country. The fight is not yet over.”

Given that the policy and related guidance to schools are withdrawn, foreign students can for now continue to follow relaxed government standards on the use of online classes — standards the government set out just a few months ago during the coronavirus pandemic’s springtime peak.

“The U.S. must continue to make clear that it welcomes international students and recognizes the enormous contributions they make to university communities and the country at large,” said Peter McPherson, president of the Association of Public and Land-grant Universities.

The Trump administration insisted in court filings that its now-scrapped plans offered schools flexibility to restart their operations while balancing public health concerns and national security interests. The administration also argued its plans were only plans, and would not carry the weight of law until temporary regulations were formally crafted.

“A solely online program of study provides a nonimmigrant student with enormous flexibility to be present anywhere in the United States for up to an entire academic term, whether that location has been reported to the government, which raises significant national security concerns,” government attorneys argued in court filings this week.

Harvard and MIT retorted that they and their students faced “irreparable injury” if the government’s directives were not halted.

“Indeed, they face such injury right now,” the schools alleged in a court filing on Tuesday. “The government is enforcing the Directive at airports and consulates across the world, turning students away because they attend universities that have made the considered decision to offer instruction online this fall.”

The universities also noted the State Department recently updated its Foreign Affairs Manual — which governs the issuance of visas at U.S. consular offices overseas — to bar visas to students who will not attend any in-person classes in the U.S.

“The government’s suggestion that the Directive is no more than an ‘announcement’ of a future rule is refuted by its actual conduct,” the schools argued.

More than 1 million international students — 57 percent of them from China, India or South Korea — studied in U.S. colleges and universities in the last school term, according to the Open Doors Report on International Educational Exchange.

Wed Jul 15 , 2020
HOBOKEN, NJ — Hoboken Mayor Ravi Bhalla said in an update on Tuesday afternoon that the mile-square city’s Health Department reported 12 new coronavirus cases from this past Friday through Sunday (four each day), and then none this past Monday and Tuesday. Hoboken, with 53,000 residents across the river from […] 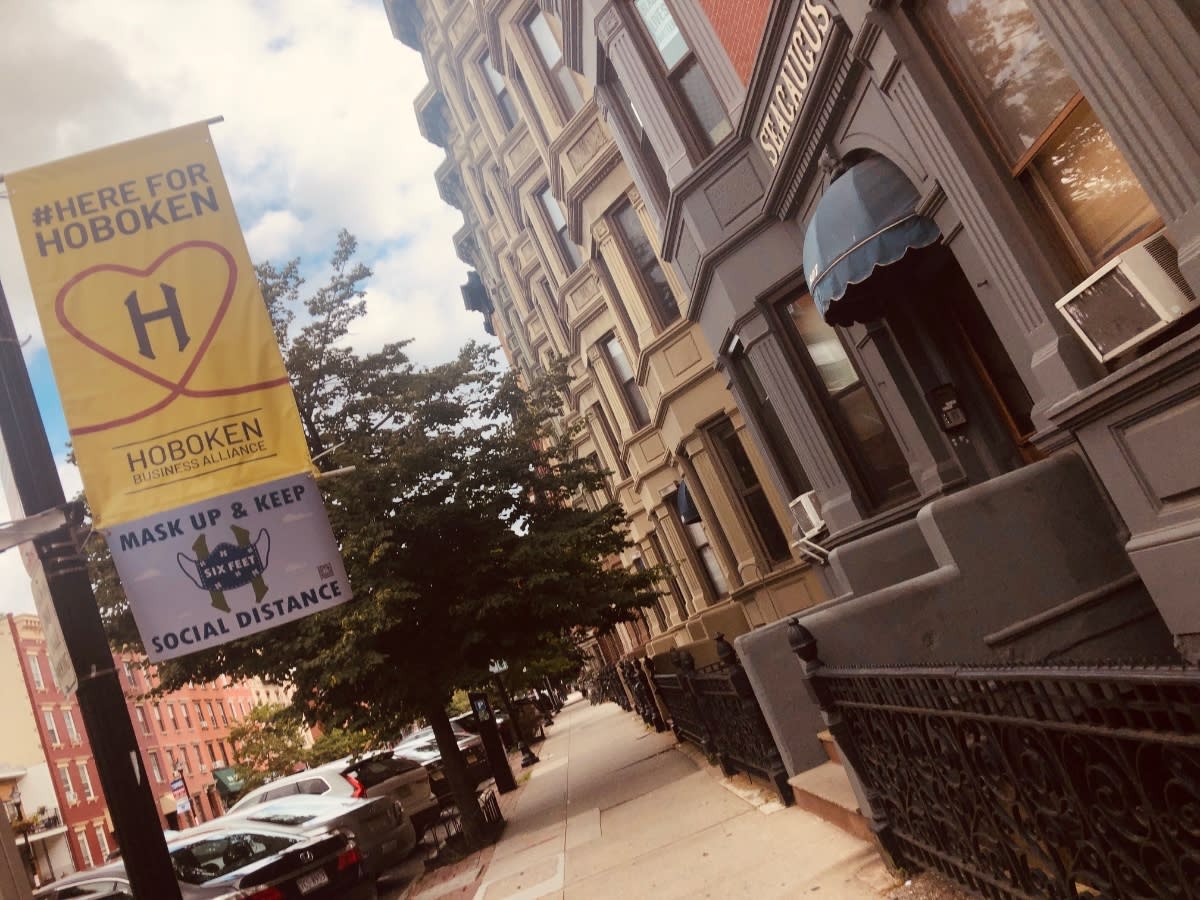